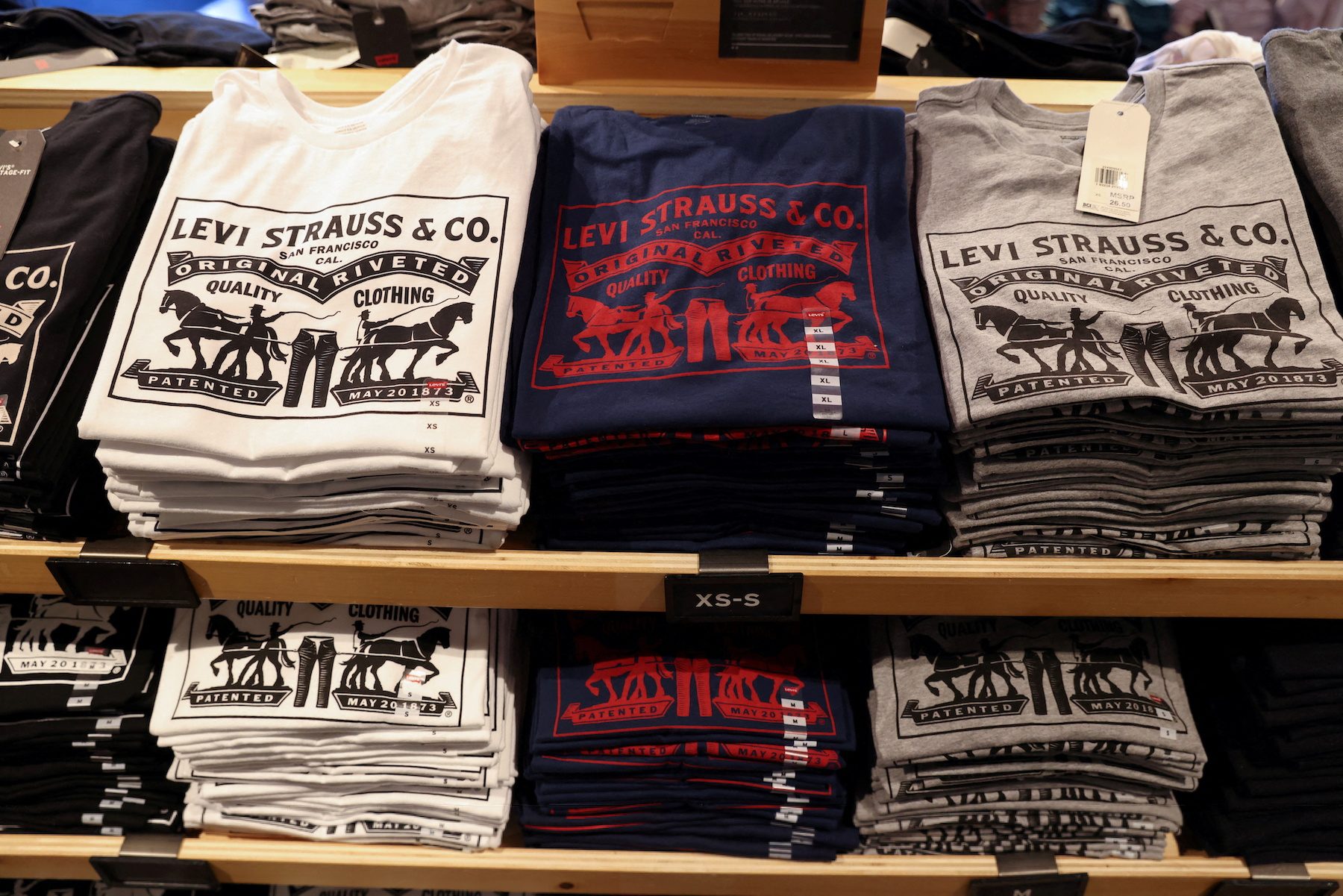 LEVI STRAUSS. The Levi Strauss & Co. label is seen on clothes in a store at the Woodbury Common Premium Outlets in Central Valley, New York, February 15, 2022.

Levi Strauss and Ralph Lauren are among US apparel brands likely to be worst hit by Russia’s invasion of Ukraine which is again clogging supply chains in Europe where they derive at least a quarter of sales, Wall Street analysts say.

“Cargo checks are now one of the biggest disruptions to shippers, making sure they are not breaking sanctions at ports in the EU and the UK,” said Jane Hali, chief executive officer of investment research firm Jane Hali & Associates.

“Europe is definitely going to feel the brunt of the economic damage…which will impact consumer sentiment and consumer wallets,” CFRA Research analyst Zachary Warring said on the fallout for apparel retailers.

Due to the war, Wedbush analysts have reduced yearly revenue growth estimates by anywhere from 100 to 400 basis points for Adidas and at least eight US-based companies including Skechers USA and Farfetch Ltd.

The brokerage also downgraded ratings on PVH and Ralph Lauren’s stock to “neutral” from “outperform,” while reducing Nike’s price target.

Adding to sales pressures, numerous brands have also halted operations in Russia altogether in protest or because of the newly difficult operating environment. Chinese manufacturers had been sending more goods to Europe by rail across Russia.

Companies with a smaller European presence, such as Carter’s, Bath & Body Works, and Kate Spade owner Tapestry, are likely to be more insulated, analysts said, but the challenge remains sector-wide.

“We’re afraid it won’t just be retailers with high exposure to Europe but most of retail,” CFRA’s Warring said. – Rappler.com