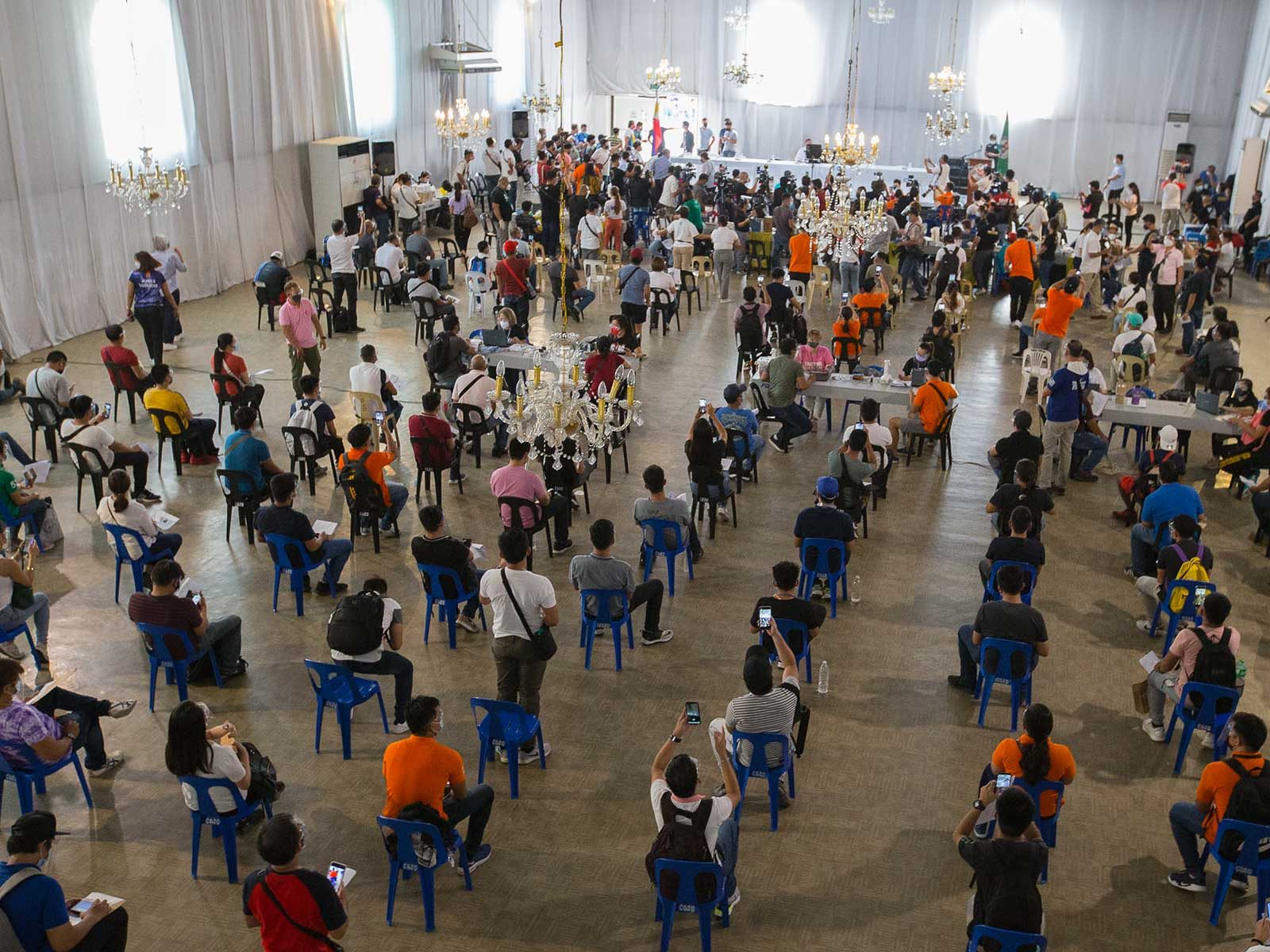 VACCINE DRIVE. Around 1,200 seafarers receive their first dose of the Pfizer-BioNTech COVID-19 vaccine at Palacio de Maynila in Manila on June 17, 2021.

The number of jobless Filipinos slightly rose to 3.76 million in June compared to 3.73 million in May, as the Philippines continued to report thousands of COVID-19 cases daily.

The Philippine Statistics Authority said in a briefing on Tuesday, August 3, that the unemployment rate remained at 7.7%.

The underemployment rate or the percentage of the working population looking for more hours of work stood at 14.2% in June, equivalent to 6.41 million people. This is higher than the 12.3% or 5.49 million people in May.

The labor force participation rate in June stood at 65%, translating to 48.84 million who are either employed or unemployed. This is higher than the LFPR of 64.6%, equivalent to 48.45 million Filipinos, in May.

“With the emergence of the COVID-19 Delta variant, the government has prioritized arresting the spread of this more contagious virus through more proactive quarantines in high-risk areas and an accelerated vaccination program. These actions are crucial in ensuring that economic gains in recent months will resume once we have addressed this current threat,” the Duterte administration’s economic managers said.

National Statistician Dennis Mapa said in Tuesday’s briefing that the services sector still accounted for the largest share of employed persons in June, at 57.6%.

The agriculture and the industry sectors contributed 24.3% and 18.1%, respectively.

The top five subsectors with the highest increase in employment from May to June are:

Meanwhile, here are the top five subsectors with the largest drop in employment from May to June:

ECQ to be ‘maximized’

The National Economic and Development Authority earlier projected that the enhanced community quarantine (ECQ) to be reimposed in Metro Manila and other high-risk areas from August 6 to 20 would lead to 444,000 more jobless Filipinos.

“Although the ECQ imposition may temporarily impact employment outcomes in August 2021, the government is determined to maximize this period to accelerate vaccination in high-risk areas in order to safely resume economic activities and restore jobs,” the economic managers said on Tuesday.

The government aims to vaccinate 70 million Filipinos or the entire adult population by the end of 2021.

“We are one with the Filipino workers in striving to regain our economic foothold. We urge everyone to sign up with their local government units to secure their vaccination slots. The safety of all Filipinos and the full reopening of the economy strongly depend on everyone’s cooperation,” the economic managers said. – Rappler.com