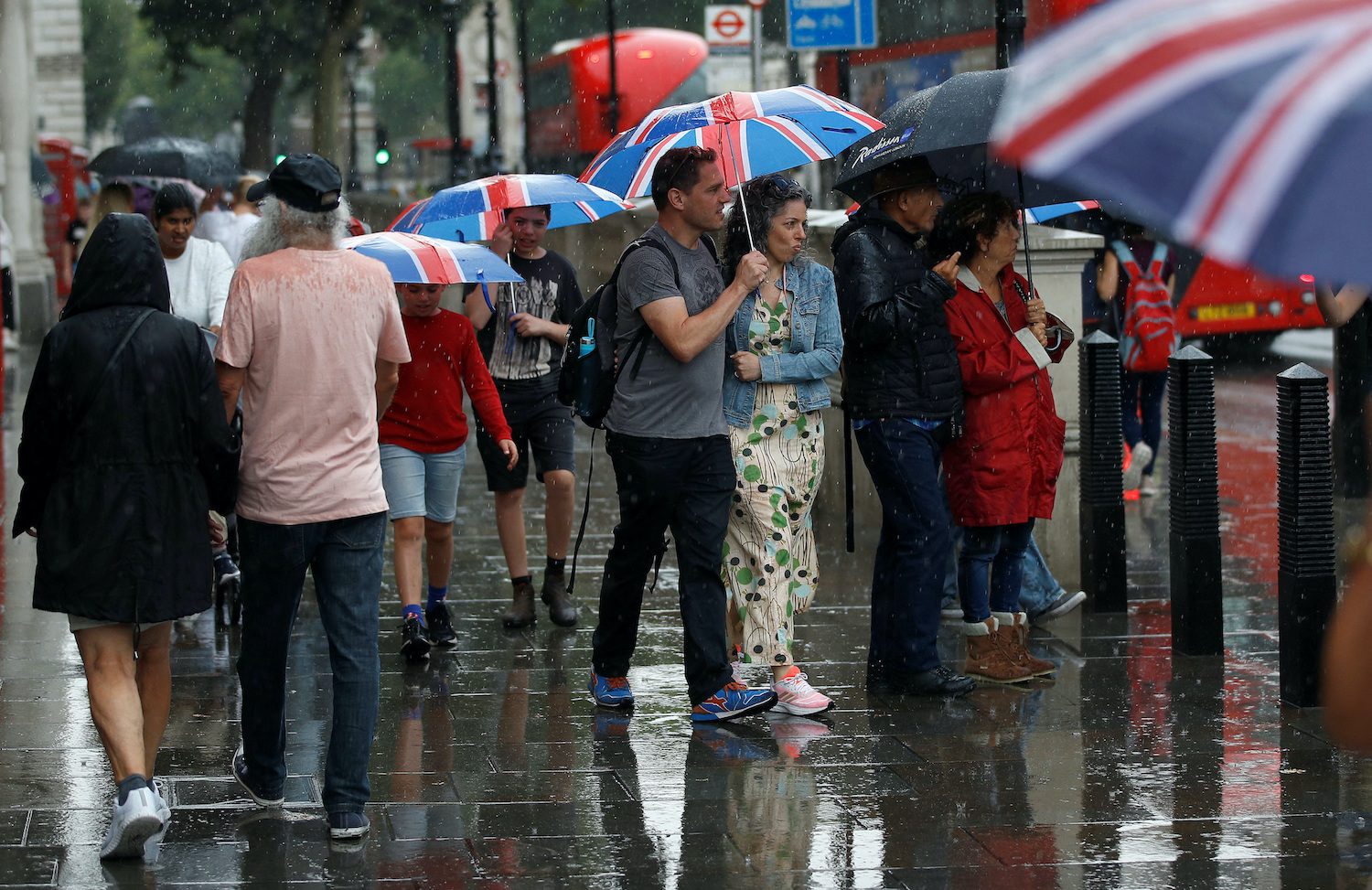 RAINY WEATHER. Visitors to Westminster protect themselves from a downpour of rain, in London, Britain, August 16, 2022.

LONDON, United Kingdom – Britain recorded its biggest rise in foreign workers since the start of the COVID-19 pandemic in the year to June, driven overwhelmingly by workers from outside the European Union, official figures showed on Tuesday, August 16.

Since January 2021, most EU citizens not already working in Britain must be sponsored by an employer and be paid a salary that does not significantly undercut existing wages, after losing their previous almost-unrestricted right to work.

The post-Brexit change puts EU migrants on the same footing as those from the rest of the world, but has drawn complaints from employers who find the process bureaucratic, and a non-starter for most jobs that pay less than 25,600 pounds ($30,760) a year.

Tuesday’s Office for National Statistics data showed the number of foreign-born workers in Britain rose by 223,000 in the year to the end of June, up from an increase of 184,000 in the year to March and the biggest rise since early 2020.

“Migration – a key source of worker shortages through the pandemic – is showing some signs of bouncing back,” said James Smith, an economist at ING.

The data may be welcomed by the Bank of England which is worried that a shortage of candidates to fill jobs could push up wages too quickly and aggravate the recent jump in inflation.

Samuel Tombs, at Pantheon Macroeconomics, said migration was likely to rise further as the salary thresholds for sponsoring work visas had not been raised in line with average wages, which are 5.1% higher than a year ago.

The latest figures confirm a big shift in migration patterns compared with before Brexit.

Previous government data showed India, Nigeria, and the Philippines were the countries whose nationals received the most skilled work visas in the year to March.

By contrast, more than a million EU workers moved to Britain between the 2008-2009 financial crisis and June 2016’s Brexit referendum, since when the number of EU-born workers in employment has broadly stabilized at slightly under 2.4 million.

The number of non-EU workers employed in Britain has risen to 3.9 million from 3.1 million in the six years since June 2016. – Rappler.com