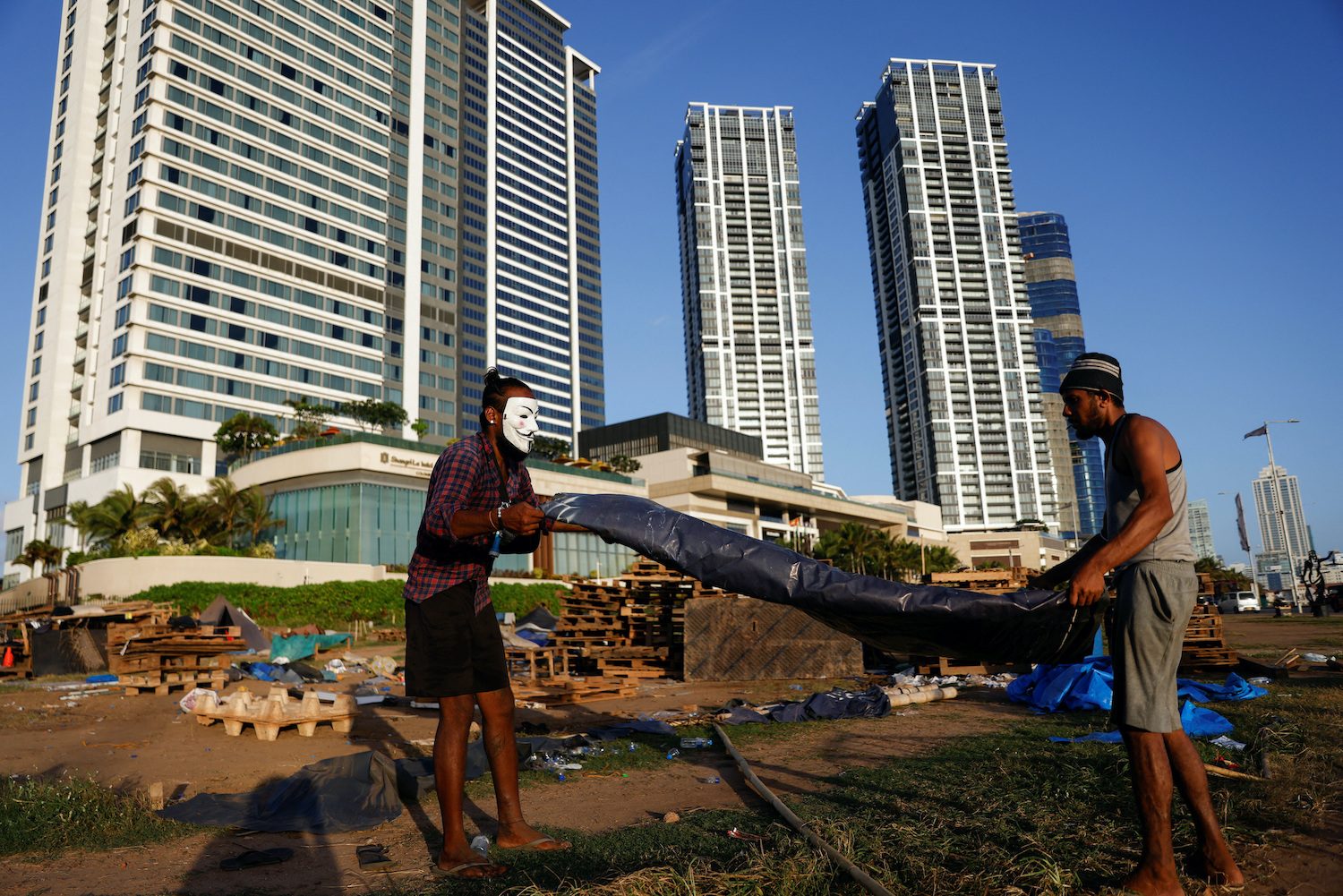 CRISIS. A protester wearing a mask removes a tent at a seafront tent camp that became the focal point of months-long nationwide demonstrations, as the deadline police asked them to leave the camp is approaching, in Colombo, Sri Lanka, August 10, 2022.

Facebook Twitter Copy URL
Copied
'The United States, as a creditor, stands ready to participate in a restructuring of Sri Lanka's debt,' US Treasury Secretary Janet Yellen says in a letter

COLOMBO, Sri Lanka – The United States will support the restructuring of Sri Lanka’s debt and extend financing assurances to the crisis-hit island nation, US Treasury Secretary Janet Yellen said in a letter seen by Reuters.

Battling its way out of the worst economic crisis in more than seven decades, Sri Lanka reached a preliminary deal last week with the International Monetary Fund (IMF) for a loan of about $2.9 billion.

“The United States, as a creditor, stands ready to participate in a restructuring of Sri Lanka’s debt,” Yellen said in the letter on Tuesday, September 6, that called for all creditors to cooperate fully in the negotiations and restructuring.

To support Sri Lanka’s talks with the IMF, the US Treasury will engage with other US government agencies, the World Bank, and the Asian Development Bank, she added.

Earlier, the Sri Lankan government had said the United States would support the restructuring effort.

Sri Lanka’s financial turmoil, its worst since independence from Britain in 1948, stems from economic mismanagement as well as the COVID-19 pandemic that has wiped out its key tourism industry.

Sri Lankans have grappled with acute shortages of fuel and other basic goods for months, stoking unprecedented protests that forced a change in government.

The crisis came to a head in July when then-president Gotabaya Rajapaksa, who was accused of economic mismanagement, fled the country and resigned, to be replaced by Ranil Wickremesinghe.

The veteran lawmaker has faced an uphill struggle to stabilize the economy, however, which has been buffeted by runaway annual inflation that stands at almost 65% now. – Rappler.com