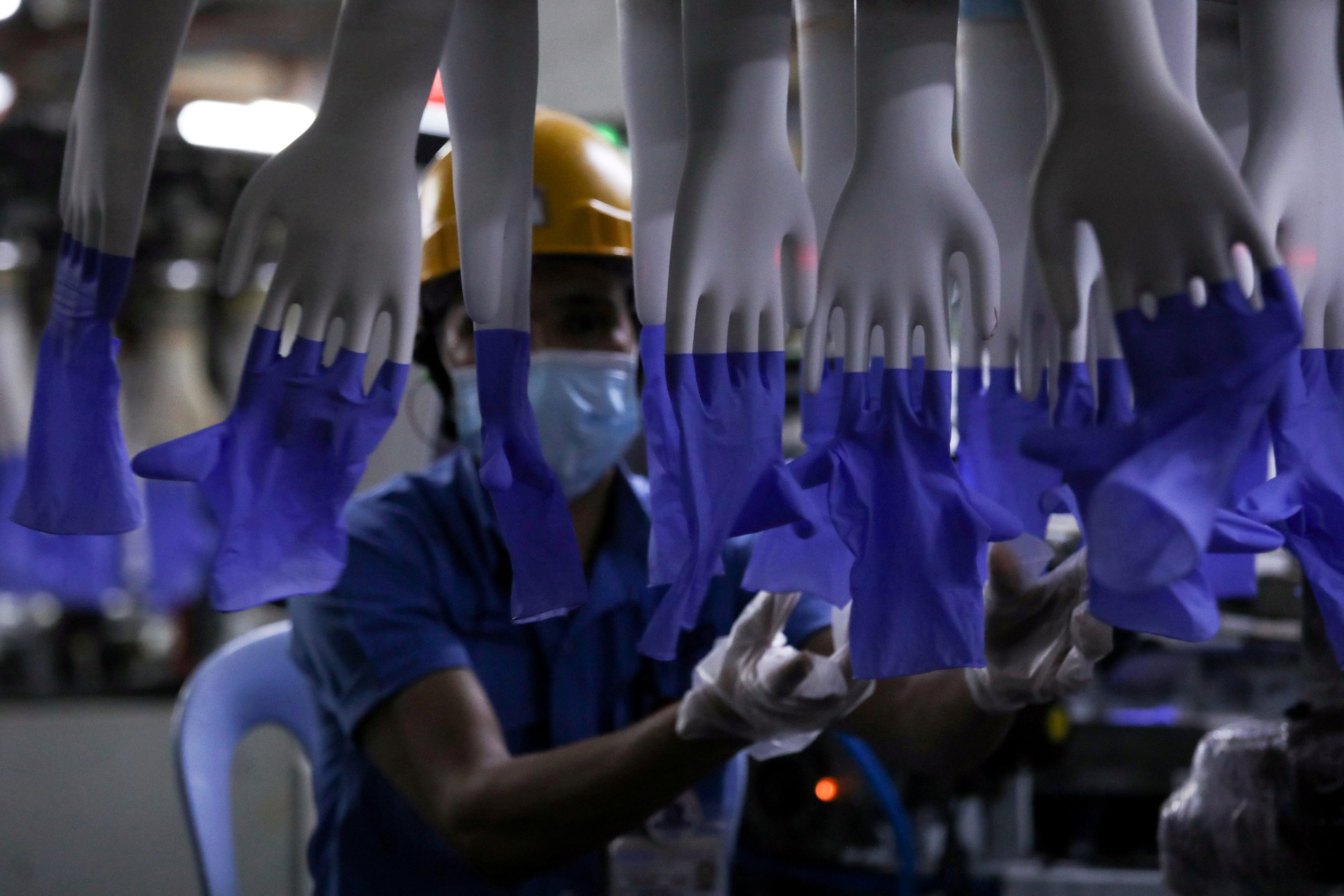 The US Customs has found forced labor practices in Top Glove Corporation Bhd’s production of disposable gloves and directed its ports to seize goods from the manufacturer, it said on Monday, March 29.

In a statement overnight, US Customs and Border Protection (CBP) said it has sufficient information to determine labor abuses at the world’s largest medical glove maker.

CBP issued an order in July last year that barred imports from two of Top Glove’s subsidiaries on suspicion of labor abuses.

The ban now extends “to all disposable gloves originating in Top Glove factories in Malaysia,” it told Reuters.

Top Glove shares fell nearly 5% at one point in trading on Tuesday, March 30.

Top Glove said in a Tuesday bourse filing its US counsels are liaising with representatives from the CBP to obtain more clarity and information on the matter.

“The company, at this juncture, is unable to ascertain the…financial and operational impacts arising from the above,” it said.

CBP said its finding does not impact the vast majority of disposable gloves imported into the United States which are critical during the COVID-19 pandemic.

“CBP has taken steps to ensure that this targeted enforcement action against Top Glove will not have a significant impact on total US imports of disposable gloves,” John Leonard, CBP acting executive assistant commissioner for trade, said in the statement.

Top Glove has said in the past months that it has taken extensive rectification actions to improve its labor practices.

Ethical trade consultancy Impactt, appointed by Top Glove to assess its trade and labor practices, reported earlier this month that as of January, it “no longer” found indicators of systemic forced labor at the manufacturer.

Independent migrant worker rights specialist Andy Hall said the CBP decision should be a “wake-up call” to labor-intensive industries, the government, and customers.

“Top Glove’s investors now urgently need to be held to account also as it is the company’s owners and investors who have profited most handsomely from this failure to combat forced labor,” he said. – Rappler.com