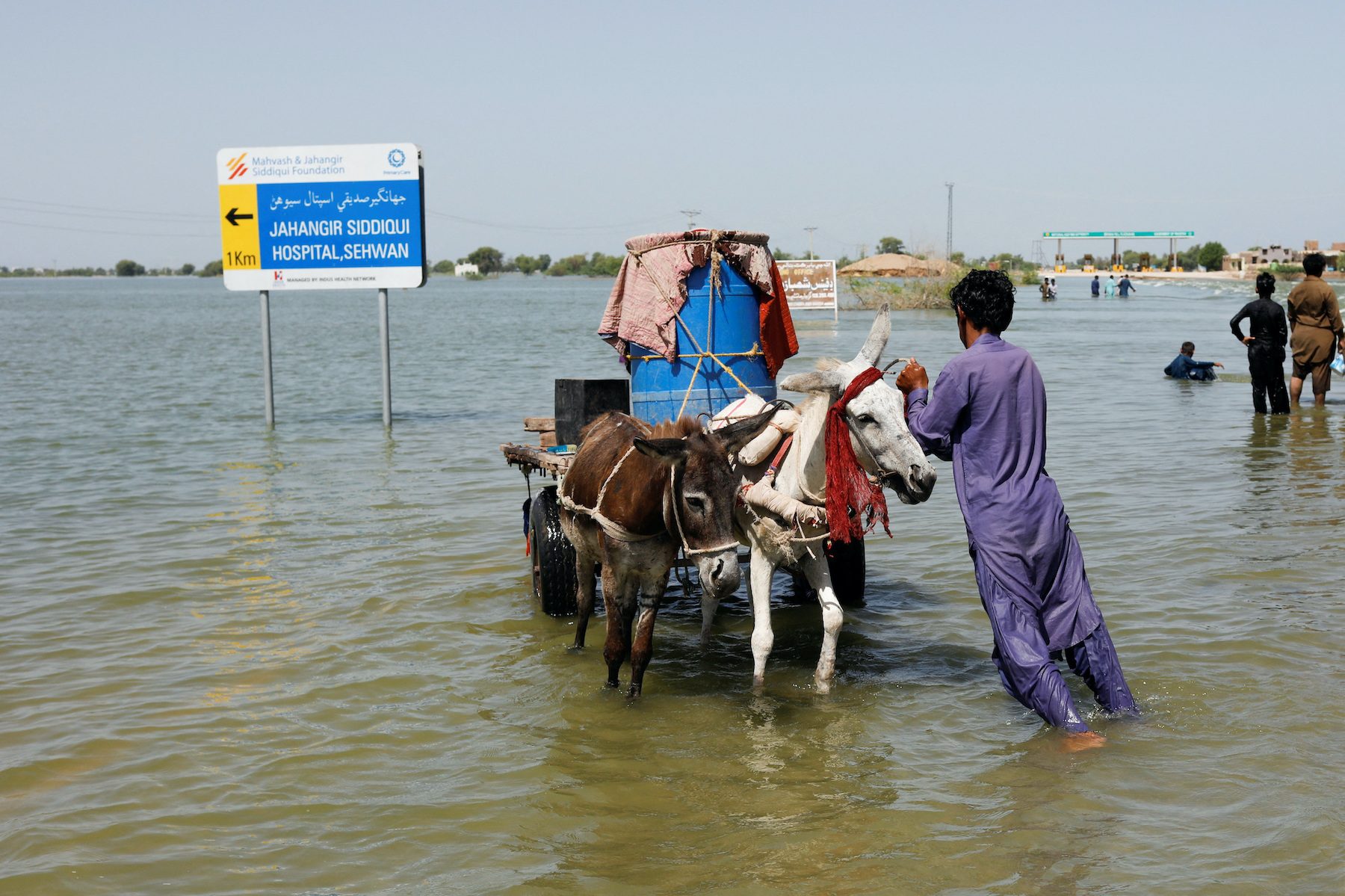 FLOODING. A flood victim pushes his donkey cart on a flooded highway in Sehwan, Pakistan, September 16, 2022.

ISLAMABAD, Pakistan – Washington on Friday, September 30, rolled over an agreement to suspend service payments on $132 million of Pakistan’s debt, the US embassy in Islamabad said, after devastating floods exacerbated the South Asian nation’s economic crisis.

Pakistan’s economy faces a balance of payments crisis, a widening current account deficit, a slide in its currency to historic lows, and inflation crossing 27%.

Severe floods engulfed large swathes of the country in late August, killing more than 1,500 people and causing damage estimated at $30 billion. The devastation fanned fears Pakistan would not meet its debt obligations.

US Ambassador to Pakistan Donald Blome signed the agreement to extend the loan relief under the G20 Debt Service Suspension Initiative, the embassy said in a statement, adding, “Our priority is to redirect critical resources in Pakistan.”

The rollover is related to the Paris Club agreement in April 2020 to support 73 lower income countries during COVID-19, under which the United States provided relief on $128 million in debt to Pakistan.

The agreement to suspend payments on that debt, plus an additional $4 million, has now been rolled over again.

Islamabad also sought a rollover of $2 billion in Chinese deposits to its reserves, said a statement from Pakistan Finance Minister Ishaq Dar‘s office after his meeting with Chinese envoy Nong Rong.

It said Dar sought the ambassador’s support in facilitating the rollover of SAFE China deposits of $2 billion due in March 2023.

Beijing has already refinanced the syndicate facility of $2.24 billion to Pakistan earlier this year.

Pakistan’s outgoing finance minister Miftah Ismail said last week that Islamabad was seeking debt relief from bilateral creditors in the wake of flooding, but emphasized the government was not seeking any relief from commercial banks or Eurobond creditors.

The country’s bonds had slumped to just half their face value, after the Financial Times said a United Nations development agency was urging the cash-strapped country to restructure its debt.

Ismail said the $1-billion bond would be paid on time and in full due later this year. – Rappler.com