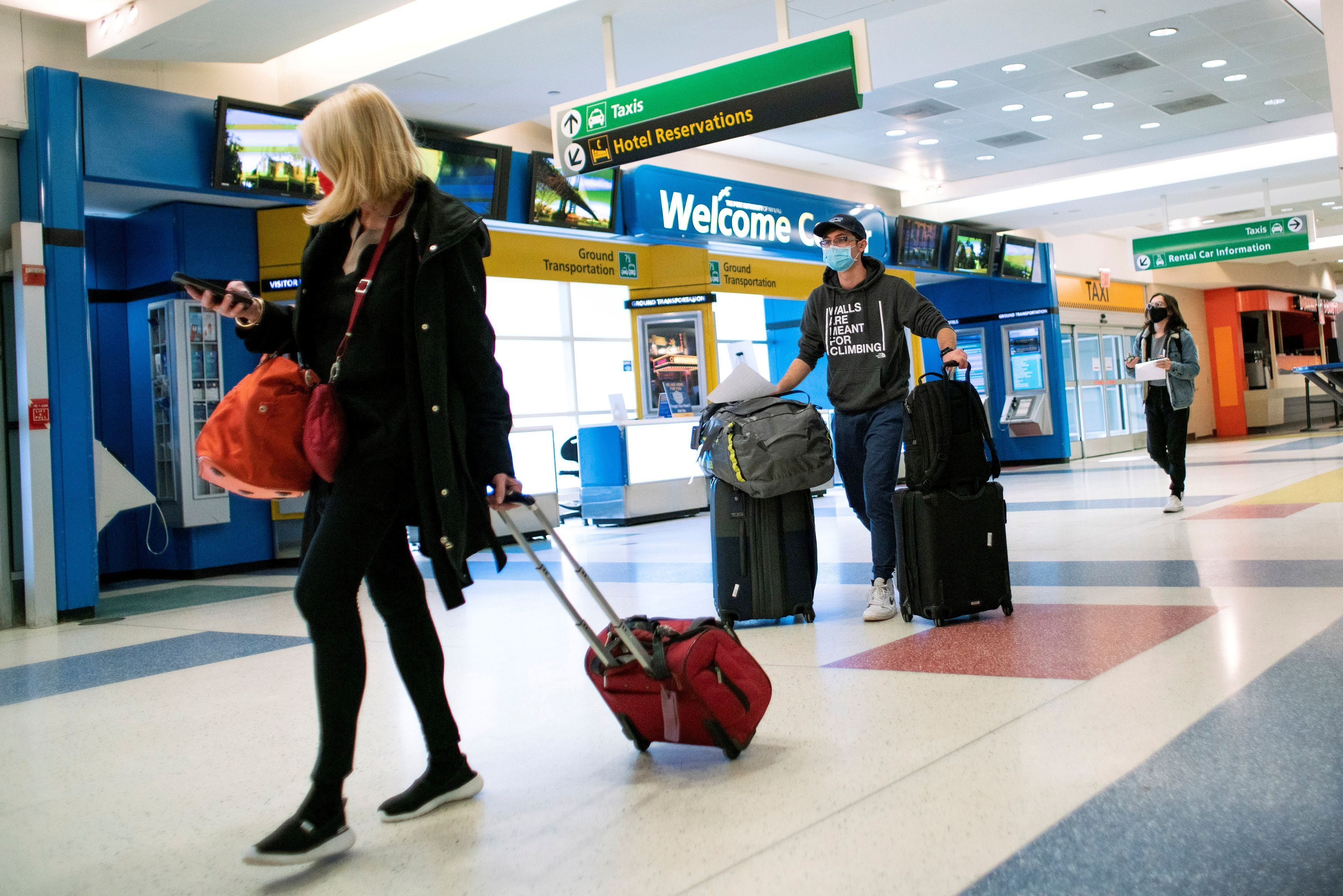 ARRIVAL. Passengers arrive on a flight from London amid new restrictions to prevent the spread of COVID-19 at JFK International Airport in New York City, December 21, 2020.

Dickson told Reuters the FAA’s special emphasis program would last through March 30 and warned disruptive passengers could face up to $35,000 fines and possible jail time. He emphasized the agency will not issue warning letters or negotiate penalties.

“We will no longer adjudicate certain of these unruly passenger cases with counseling or warnings. We’re going to go straight to enforcement,” Dickson said in an interview.

He said he briefed airlines on the new policy. “We’ve seen a disturbing increase in these incidents…. We’ll take the strongest possible enforcement action against any passenger who engages in it.”

Dickson said the FAA could refer cases for criminal prosecution to the Justice Department, which could seek sentences of up to 20 years for flight disturbances.

The president of a large flight attendants’ union, who has pressed authorities to take strong action against disruptive passengers, applauded the FAA’s stance.

“First strike and you’re out,” Sara Nelson, president of the Association of Flight Attendants-CWA representing workers at 17 airlines, said in a statement.

Numerous videos have been posted of unruly behavior on Washington flights, including one American Airlines flight to Phoenix in which the pilot threatened to divert “to the middle of Kansas and dump people off.”

Nelson had urged airlines to bar Trump supporters who stormed the Capitol from flying out of Washington after exhibiting “mob mentality behavior” on flights into the region.

On Friday, January 8, Alaska Airlines said it banned 14 passengers from future travel after “unacceptable” behavior on a flight from Washington to Seattle.

US airlines and law enforcement agencies have bolstered security at Washington-area airports with Capitol Police now assigned to DC airports to ensure lawmaker safety after videos emerged of lawmakers being harassed in airport terminals.

On Tuesday, January 12, Senate Democratic leader Chuck Schumer said Trump supporters who breached the US Capitol should be banned from flying and added to a government “no-fly” list. – Rappler.com