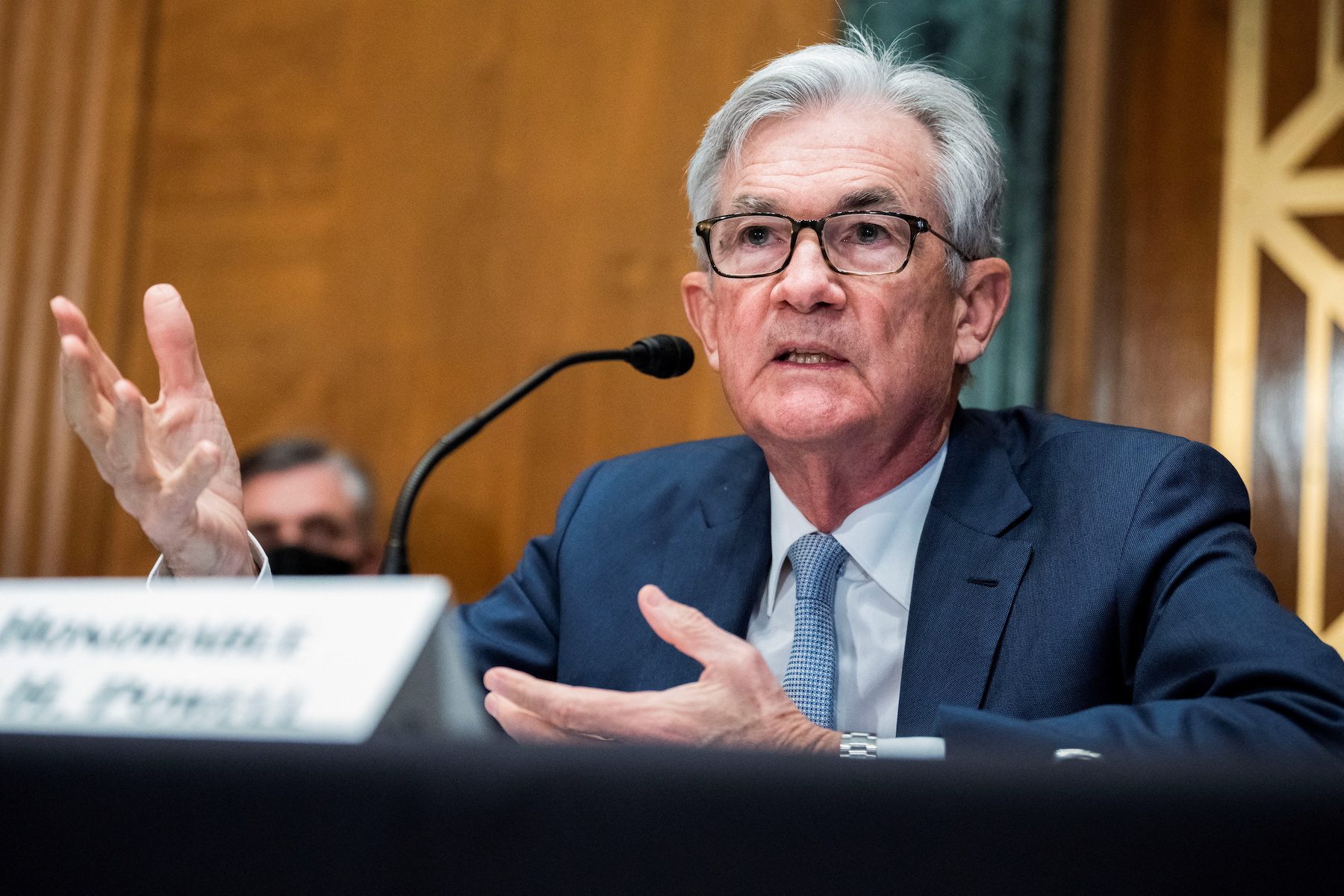 Facebook Twitter Copy URL
Copied
'We could see risk sentiment decline so you could see lower investment. You could see people hold back on spending,' says US Federal Reserve Chair Jerome Powell

WASHINGTON, USA – Russia’s war in Ukraine could hit the US economy across a variety of channels from higher prices to dampened spending and investment, Federal Reserve Chair Jerome Powell said Thursday, March 3, though it is unclear what the ultimate impact will be.

“What we know so far is that commodity prices have moved up significantly, energy prices in particular. That is going to work its way through our US economy,” in the form of higher inflation at least in the short term, Powell told the Senate banking committee.

“In addition we could see risk sentiment decline so you could see lower investment. You could see people hold back on spending. It is hard to see what the effect on both supply and demand will be.”

Powell repeated his prepared remarks from Wednesday, March 2, to a House of Representatives committee whose members also focused on the Russian invasion of neighboring Ukraine.

The conflict has triggered broad financial and other sanctions against Russia.

Powell said that the Fed was watching the situation carefully and had begun running simulations, for example, on what persistent increases in oil prices might have on the economy.

Under rough rules of thumb that Powell provided, the jump in oil from around $75 a barrel in late December to around $110 on Thursday, if it lasts, could add nearly 0.9 percentage point to headline inflation and cut nearly half a percentage point from economic growth – bad dynamics as the central bank tries to navigate inflation lower without hurting employment.

But Powell said that so far the war has not changed the central bank’s plans to raise interest rates beginning at its March meeting to try to bring down the pace of price increases that are currently running at three times the Fed’s 2% annual target.

“It is appropriate for us to continue along the lines that we had in mind before the Ukraine invasion happened,” Powell said. The Fed chair repeated his comments from Wednesday that he would back an initial quarter-percentage-point increase in the Fed’s benchmark rate at the March 15 to 16 meeting.

But if inflation does not ease, Powell said, “then we are prepared to raise by more than that amount in a meeting or meetings.”

Lawmakers however honed in on the new situation the Fed now faces, and the possibility that the central bank could be facing a more difficult scenario in which inflation is driven higher by the war while growth slows.

“I am a little bit worried that this war has changed the risk profile,” said Senator Pat Toomey, Republican of Pennsylvania.

“Both on the supply and demand side there is a lot of uncertainty,” Powell said, but also noted that the “strong financial shape” of households and businesses may help sustain spending. – Rappler.com