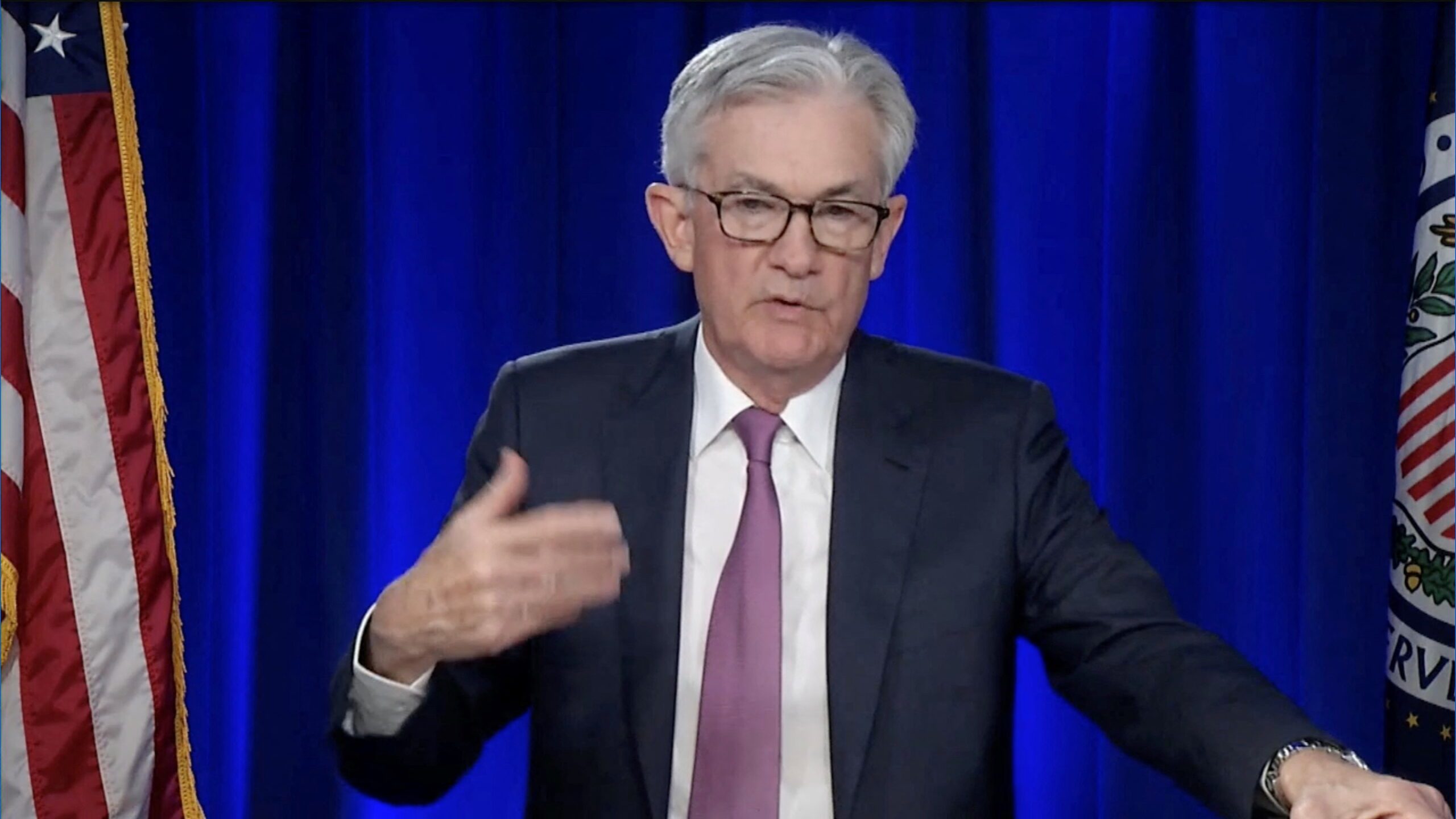 Facebook Twitter Copy URL
Copied
With inflation high, the Federal Reserve plans to steadily clamp down on credit and end the extraordinary support it has provided to the US economy during the coronavirus pandemic

WASHINGTON, USA – The Federal Reserve on Wednesday, January 26, said it is likely to hike interest rates in March and reaffirmed plans to end its bond purchases that month in what US central bank chief Jerome Powell pledged will be a sustained battle to tame inflation.

“The committee is of a mind to raise the federal funds rate at the March meeting assuming that the conditions are appropriate for doing so,” Powell said in a news conference, pinning down a policy statement from the central bank’s Federal Open Market Committee (FOMC) that only said rates would rise “soon.”

Subsequent interest rate increases and an eventual reduction in the Fed’s asset holdings would follow as needed, Powell said, while officials monitor how quickly inflation falls from current multi-decade highs back to the central bank’s 2% target.

Much was left undecided, he told reporters after the end of the Fed’s latest two-day policy meeting, including the pace of subsequent rate hikes or how quickly officials will let its massive balance sheet decline.

But Powell was explicit on one key point: that with inflation high and for now apparently getting worse, the Fed this year plans to steadily clamp down on credit and end the extraordinary support it has provided to the US economy during the coronavirus pandemic.

Since the Fed’s last policy meeting in December, Powell said, inflation “has not gotten better. It has probably gotten a bit worse…. To the extent that situation deteriorates further, our policy will have to reflect that.”

“This is going to be a year in which we move steadily away from the very highly accommodative monetary policy we put in place to deal with the economic effects of the pandemic,” he added.

US stocks, pummeled to start the year on worries about how fast the Fed may move to contain inflation, slid as Powell repeatedly emphasized the economy’s underlying strength and inflation’s persistence, and refused to rule out more aggressive tightening as needed.

The S&P 500 index, at one point in the day up by more than 2%, sold off sharply through the course of Powell’s news conference to close 0.15% lower. The Nasdaq Composite, which had taken a hard blow in this month’s sell-off, ended the day little changed.

Yields on longer-dated Treasury securities, sensitive to the Fed’s balance sheet policy, rose as Powell signaled that a decision would be made soon on when to start shrinking the central bank’s more than $8-trillion portfolio of US government bonds and mortgage-backed securities (MBS). The dollar surged 0.5% to its highest level in a month against a basket of key trading partners’ currencies.

The extent of the Fed’s policy pivot away from battling the economic fallout from the pandemic and towards an inflation fight will take more shape in coming weeks.

It will be contingent on how inflation itself behaves, and Powell said officials still hope much of the improvement will come as the aftershocks of the pandemic ease, perhaps allowing them to do less of the work through tighter monetary policy.

A myriad of risks remain, from a pandemic that is still underway to a potential Russia-Ukraine military conflict.

But Powell said policymakers at this point feel they have “quite a bit of room to raise interest rates” without threatening progress on jobs or slowing an economic recovery they want to keep underway.

In a refrain that has become common, he noted “the economy is quite different” than when the Fed last began raising interest rates in 2015, with higher inflation, lower unemployment, and what Powell regards as enough momentum to make its way without the Fed’s help.

In that shift to tighter policy the Fed moved at an initially glacial pace, with one quarter-percentage-point rate increase in 2015 and only an additional one in 2016.

Investors are expecting much more this time, with pricing in federal funds future contracts anticipating four rate increases this year. The Fed’s benchmark overnight interest rate is currently set at the near-zero level.

FOMC members also agreed at this week’s meeting on a set of principles for “significantly reducing” the size of the Fed’s asset holdings. Officials said they will shrink holdings “primarily” by limiting how much of the principal from maturing bonds the Fed would reinvest each month. That plan would start after the liftoff in interest rates, the central bank said, without yet setting a specific date, pace, or final size.

Over time the Fed’s balance sheet would not only be pared down, but shifted away from MBS and weighted towards US Treasuries, “thereby minimizing the effect of Federal Reserve holdings on the allocation of credit across sectors of the economy,” the central bank said.

The Fed’s statement, in moving ahead with a plan to tighten monetary policy, cited “solid” recent job gains that continued even as the outbreak of the Omicron variant of the coronavirus pushed daily case numbers to record levels. While the Fed has stopped trying to assess when inflation might ease, the statement said officials continue to expect improvements in global supply chains will ease the pace of price increases.

“Supply and demand imbalances related to the pandemic and the reopening of the economy have continued to contribute to elevated levels of inflation,” the Fed said, with consumer prices increasing at a 7% annual rate, the highest level since the 1980s.

Policymakers did not release new economic and interest rate projections on Wednesday. – Rappler.com