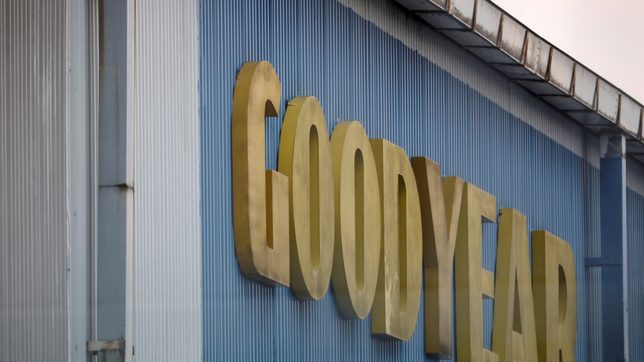 GOODYEAR. A logo of Goodyear is pictured at its factory in Shah Alam, Malaysia, May 6, 2021.

Facebook Twitter Copy URL
Copied
The questioning by the Department of Homeland Security could lead to US prosecutions of Goodyear, one of the world's biggest tire makers

US government investigators have interviewed workers at Goodyear Tire & Rubber Company’s Malaysian factory about their working conditions, employees told Reuters, intensifying scrutiny of potential labor abuses by the tire maker in the country.

The questioning by the Department of Homeland Security could lead to US prosecutions of one of the world’s biggest tire makers, which faces related lawsuits and two ongoing investigations by regulators in Malaysia and the United States, each looking into potential exploitation of foreign workers.

In video calls over the past 11 months or more, the agents from the main criminal-investigation unit of the Department of Homeland Security also requested documents relating to their employment, said the workers, who asked not to be identified because they feared reprisals.

Reuters could not determine the specific violations that HSI is seeking to establish.

HSI said it does not comment on ongoing investigations.

Ohio-based Goodyear said it was committed to ensuring its supply chain practices adhered to laws and to its own policies.

“Goodyear and Goodyear Malaysia are currently undertaking a thorough review of the matter, including retaining an independent social auditing firm to inspect working and housing conditions,” Goodyear told Reuters in an emailed statement. Goodyear did not identify the audit firm.

The HSI questioning follows initial allegations filed in three complaints by 185 migrant workers from Nepal, India, and Myanmar – including the five who spoke to Reuters – against Goodyear Malaysia in the country’s industrial court in 2019 and 2020. They alleged unpaid wages, citing non-compliance with a collective agreement, wrongful deductions, and threats to migrant workers.

In 2020 and in June, the court ordered Goodyear to pay back wages to some workers and comply with the agreement. The company has appealed the verdicts.

Goodyear told Reuters it has now committed to a settlement with the workers represented in the labor dispute.

The company argued in court that foreign workers are not entitled to the benefits of the collective agreement because they are not union members. It has declined to comment on the allegations.

Malaysia’s largest fund manager, Permodalan Nasional Berhad, which owns 49% of Goodyear Malaysia, did not respond to requests for comment.

Representatives from the Malaysian government’s Anti-Trafficking in Persons and Anti-Smuggling of Migrants Council (MAPO) were also on some of the video calls with HSI, the five workers said.

Former MAPO head Mohd Hadzwan Zulkefle, who workers said was on the calls, told Reuters the agency has opened an investigation into Goodyear Malaysia over labor trafficking. He did not say when MAPO started the probe, which has not previously been reported.

He declined to comment on whether MAPO was collaborating with US authorities.

A MAPO spokesperson told Reuters it was aware of “the alleged forced labor issue” at Goodyear Malaysia, and that the issue is under investigation by “responsible parties.”

The Department of Labour of Peninsular Malaysia, which last year charged Goodyear Malaysia with violating labor laws, did not respond to a request for comment. Goodyear has not commented on the labor department charges.

The US State Department in July downgraded Malaysia to its worst ranking on human trafficking, after a string of complaints by rights groups and US authorities over alleged exploitation by plantations and factories of migrant workers, on whom the Southeast Asian nation relies.

Goodyear Malaysia is already being investigated by US Customs and Border Protection over its labor practices, according to Liberty Shared, a rights group that petitioned Customs for the probe. Customs can ban imports of goods it finds to be made with forced labor.

Goodyear did not respond to a query on the MAPO investigation.

The company told Reuters in July it was not aware of the petition to US Customs and that it had strong policies to protect human rights.

HSI can initiate criminal investigations and coordinate potential criminal prosecutions of American firms and US-bound supply chains whose goods are made by means of forced labor, according to its website.

A formal HSI investigation “would be extremely significant because it will move the discussion on forced labor from business ethics and sustainability, into one that relates to criminal law,” said Duncan Jepson, managing director of the Hong Kong-based Liberty Shared.

However, Jepson said one challenge to establishing wrongdoing would be a lack of precedent.

In the United States, he said, “Law enforcement and attorneys prefer to have previous cases to support their strategies and in forced labor there are no previous criminal cases against transnational corporations.”

Documents previously seen by Reuters show some Goodyear Malaysia workers logging as much as 229 hours of overtime a month, more than twice the maximum allowed under Malaysian law. Workers said money was wrongfully deducted from their salaries and that the company was denying them free access to their passports.

Goodyear has declined to comment on the allegations, citing court proceedings.

Malaysia’s labor department said in May it had charged Goodyear in 2020 for nine violations of labor laws, unrelated to the lawsuits, regarding excessive hours and wrongful salary deductions.

The five workers interviewed by Reuters say they told the HSI investigators they were not happy with facilities the company provided, their hostels were congested, they paid recruitment fees in their home countries, and did not get salary increases and allowances that they were eligible for. – Rappler.com