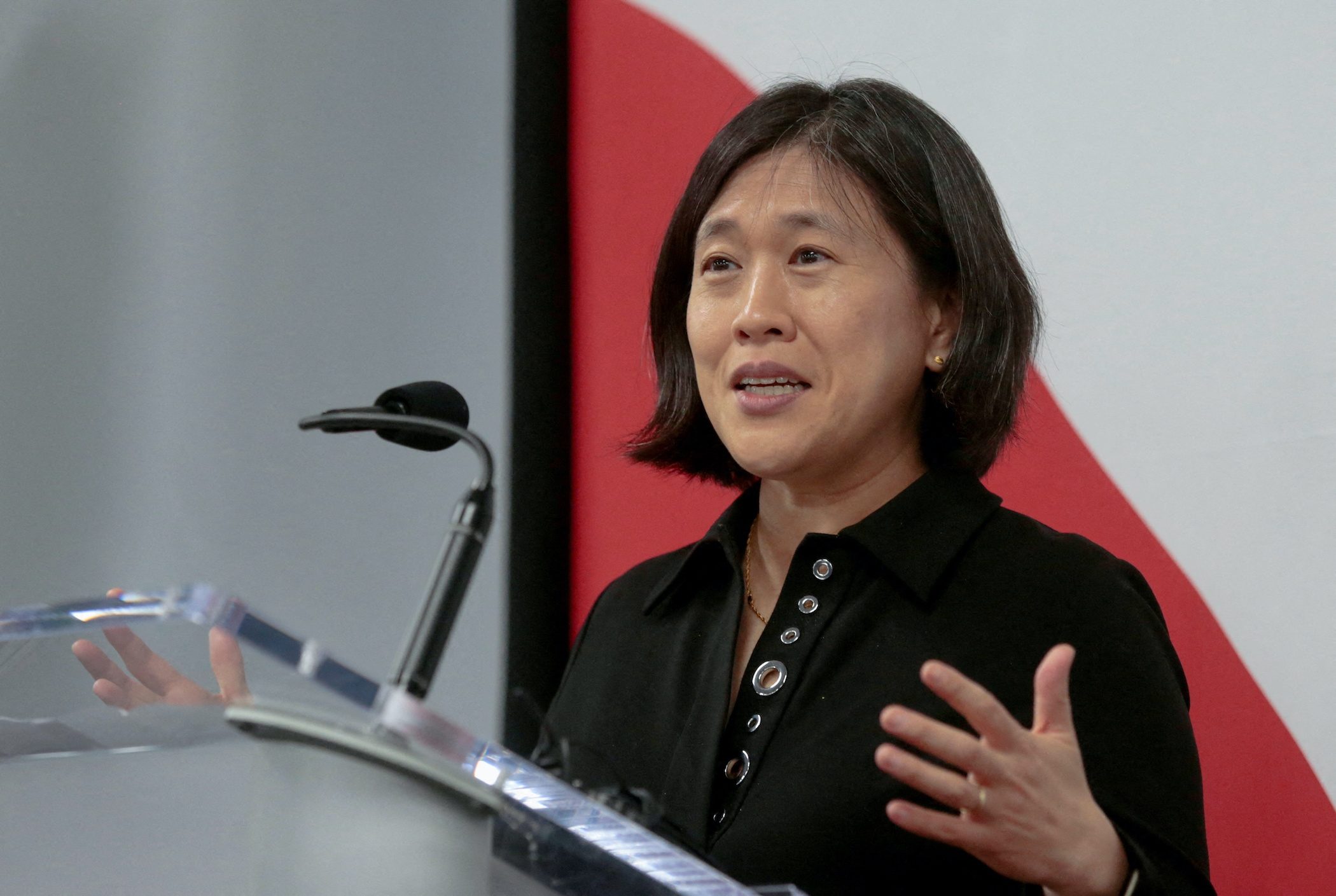 Facebook Twitter Copy URL
Copied
'This agreement is a great win for our two countries that ensures American farmers and ranchers can continue to meet Japan’s growing demand for high-quality US beef,' says US Trade Representative Katherine Tai

WASHINGTON, USA – The United States and Japan on Thursday, March 24, announced an agreement that will allow American farmers and ranchers to meet Japan’s growing demand for US beef and lowers the chances of Japan imposing higher tariffs in future, US officials said.

The agreement includes a new mechanism that requires three separate conditions to be reached – instead of only one – for Japan to invoke a “safeguard trigger” and impose higher duties on US beef for 30 days.

“This agreement is a great win for our two countries that ensures American farmers and ranchers can continue to meet Japan’s growing demand for high-quality US beef,” US Trade Representative Katherine Tai said in a statement.

The agreement, reached after a year of consultations between the two countries, will come into force once the text is finalized and each country has completed a few remaining steps, a senior US official said.

US Agriculture Secretary Tom Vilsack welcomed the agreement and said it would allow for greater market-based growth in US beef exports to Japan.

In 2021, the United States was the world’s top beef exporter, with global sales of beef and beef products valued at more than $10 billion, US data shows.

US meat producers had pushed for an adjustment to the thresholds, arguing that US beef was at a competitive disadvantage against exporters who are members of the Comprehensive and Progressive Agreement for Trans-Pacific Partnership (CP-TPP).

For the safeguard tariffs to kick in, total beef imports from not only the United States but also the 11 members of the CP-TPP must cross the threshold set in the CP-TPP agreement.

“This is a mechanism that was in place for the TPP before the US exited those talks, and we believe that this new agreement is a way of bringing the US back to that scheme,” a Japanese farm ministry official told Reuters.

The CP-TPP was set to be one of the largest trade agreements in the world until the United States withdrew from negotiations in 2017. The two countries signed a separate bilateral free trade agreement in 2019.

The tariff hike prompted the two countries to negotiate a new deal.

“It has taken a year to find the right formula for this agreement,” US Ambassador to Japan Rahm Emanuel said in a statement, saying the agreement was as much a win for Japanese consumers.

Negotiations started with “big differences,” but both parties found a good consensus, Japanese government officials said at a briefing on Thursday evening.

US beef is currently entering Japan at the normal 25% duty level negotiated in the agreement for Japan’s fiscal year 2021, which ends on March 31, and no higher temporary duties were expected in the current fiscal year, the senior official said.

The three-trigger system removes uncertainty for US exporters even if there are shifts in market availability from various countries during a given year, a senior official said. – Rappler.com