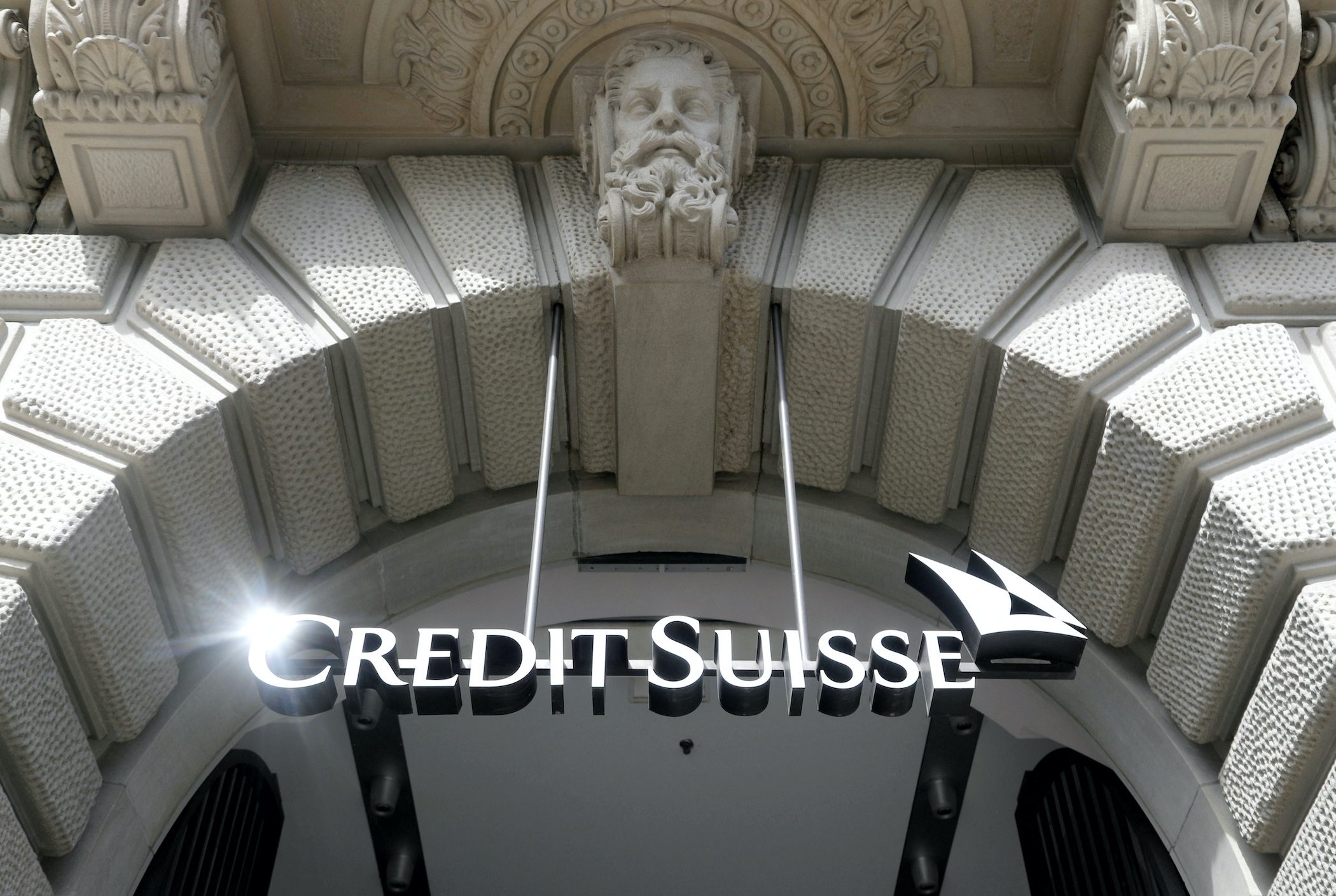 CREDIT SUISSE. The logo of Swiss bank Credit Suisse is seen at its headquarters in Zurich, Switzerland, October 4, 2022.

Facebook Twitter Copy URL
Copied
The case stems from the forex rigging scandal, which led to international regulatory probes resulting in more than $10 billion in fines for several banks

NEW YORK, USA – A US jury found on Thursday, October 20, that Credit Suisse Group AG did not conspire with the world’s largest banks to rig prices in the foreign exchange market between 2007 and 2013, handing the bank a win as it works to restructure and put a string of scandals behind it.

The case stems from the forex rigging scandal, which led to international regulatory probes resulting in more than $10 billion in fines for several banks.

A Credit Suisse spokesperson said the bank is “extremely pleased that the jury agreed with us that plaintiffs’ case had no merit.”

Credit Suisse was the last bank defendant remaining in the class action brought by currency investors in 2013, after 15 others reached settlements worth $2.31 billion. The investors alleged that Credit Suisse traders shared nonpublic pricing information with traders at other banks.

During the trial in Manhattan federal court which began on October 11, jurors heard testimony that in 2015 five banks had pleaded guilty to forex-related antitrust conspiracies, and saw transcripts from chat rooms with names such as “The Cartel” where investors said traders colluded.

The jury began deliberations on Wednesday, October 19, and worked for a total of around seven hours to reach their verdict. They found that investors had proved there was a conspiracy to rig prices in the forex market, but not that it involved Credit Suisse.

A lawyer for the investors argued during the trial that chat transcripts were damning evidence of a single conspiracy among the banks to rig the foreign currency market. Credit Suisse traders participated in more than 100 chat rooms and shared information about the spread between the buy and sell price for currencies every other day, he said.

Attorneys for Credit Suisse argued that such infrequent communication could not influence the market, that traders chatting about different currency pairs could not be part of the same conspiracy, and that there was no evidence Credit Suisse traders ever acted on the chats.

Credit Suisse in July settled with some investors, including BlackRock and Allianz SE’s Pimco, which chose to “opt out” of the class litigation. Investors typically do that when they hope to recover more by suing on their own. The terms of the settlement were not disclosed.

The verdict came as the Swiss bank worked to finalize an overhaul that would likely see it pare back a volatile investment bank in London and New York to focus on banking for the rich in Switzerland.

The case is In Re Foreign Exchange Benchmark Rates Antitrust Litigation, US District Court, Southern District of New York, No. 13-07789. – Rappler.com