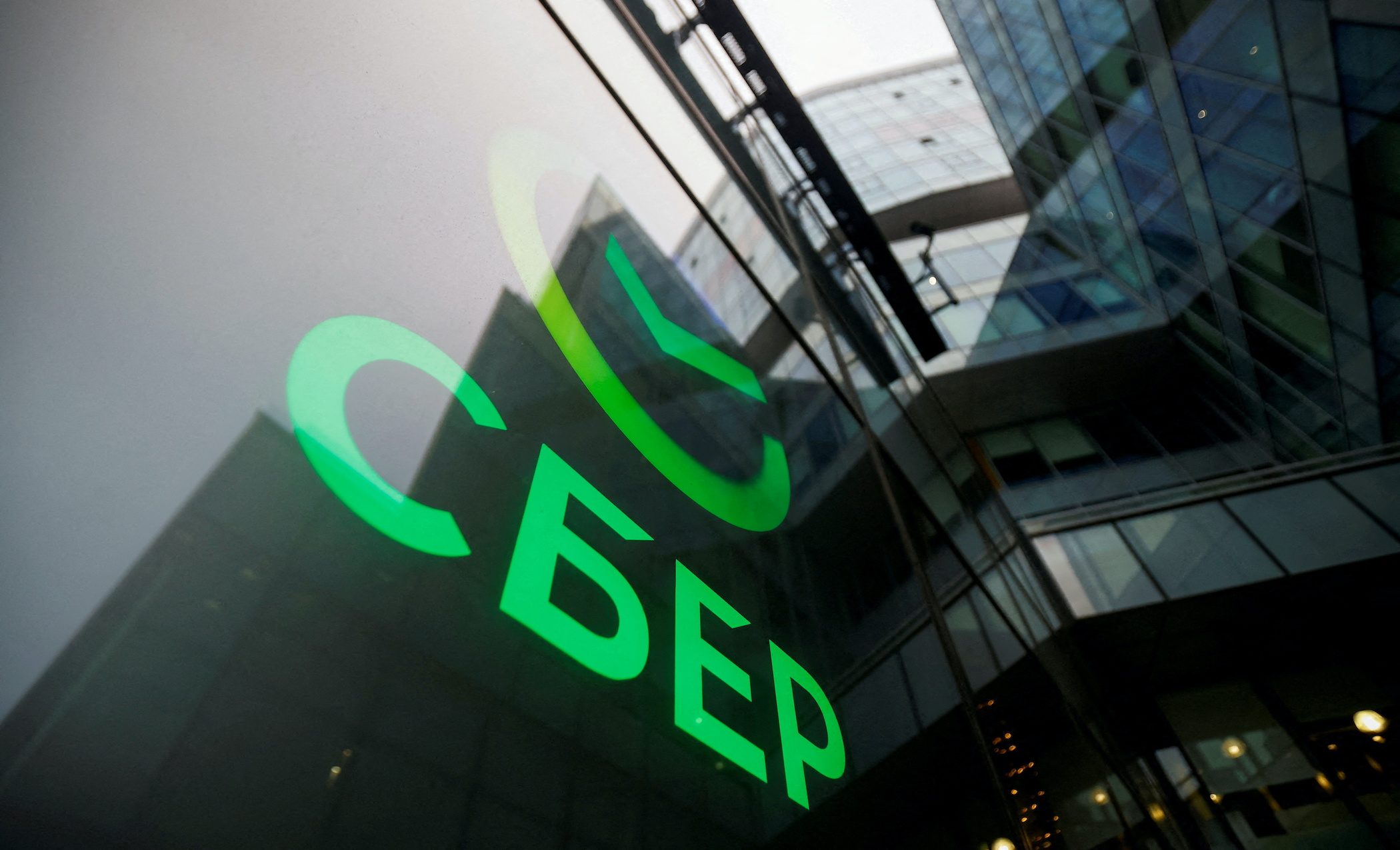 SBERBANK. The logo of Russia's largest lender Sberbank in one of its offices in Moscow, Russia, December 24, 2020.

WASHINGTON, USA – The United States targeted Russian banks and elites with a new round of sanctions on Wednesday, April 6, including banning Americans from investing in Russia, in response to what President Joe Biden condemned as “major war crimes” by Russian forces in Ukraine.

The new sanctions hit Russia’s Sberbank, which holds one-third of Russia’s total banking assets, and Alfabank, the country’s fourth largest financial institution, US officials said. But energy transactions were exempted from the latest measures, they said.

“There’s nothing less happening than major war crimes,” Biden said in a speech to labor leaders, referring to the Ukrainian town of Bucha retaken from Russian forces, where bodies of civilians shot to death had been found.

“Responsible nations have to come together to hold these perpetrators accountable,” he said. “And together with our allies and our partners, we’re going to keep raising economic costs and ratchet up the pain for Putin.”

Grim images emerging from Bucha include a mass grave and the bodies of people shot at close range, some of them bound, prompting calls for tougher action against Moscow and an international investigation.

Russia, which says it launched a “special military operation” in Ukraine on February 24, denies targeting civilians and said images of the deaths were a “monstrous forgery” staged by the West.

Britain also froze Sberbank’s assets, and said it would ban imports of Russian coal by the end of this year as part of a coordinated allied effort to “starve Putin’s war machine.”

Sberbank and Alfabank said the new sanctions would not have a significant impact on their operations.

Also among those sanctioned were Dmitry Medvedev, a former Russian president and ex-prime minister and one of Putin’s closest allies. Others included Russian Prime Minister Mikhail Mishustin and Justice Minister Konstantin Chuychenko.

Later on Wednesday, Biden signed an executive order that prohibited “new investment in the Russian Federation by a United States person, wherever located.” This includes a ban on venture capital and mergers, officials said.

Even as new sanctions were rolled out, Ukrainian President Volodymyr Zelenskiy was critical of some in the West and said he could not tolerate “any indecisiveness.”

“The only thing that we are lacking is the principled approach of some leaders – political leaders, business leaders – who still think that war and war crimes are not something as horrific as financial losses,” he told Irish lawmakers.

European Union diplomats on Wednesday failed to approve new sanctions, as technical issues needed to be addressed, including on whether a ban on coal would affect existing contracts, sources said.

Washington targeted Putin’s daughters because it believes many of his assets “are hidden with family members,” a senior Biden administration official said.

Putin’s daughter Katerina Vladimirovna Tikhonova is a tech executive whose work supports the Russian government and its defense industry, according to details released by the US Treasury Department.

His other daughter, Maria Vladimirovna Vorontsova, “leads state-funded programs that have received billions of dollars from the Kremlin toward genetics research and are personally overseen by Putin,” the Treasury said.

By cutting off Russia’s largest banks, the United States is “dramatically escalating” the financial shock on Russia, a senior administration official told reporters.

“The reality is the country is descending into economic and financial and technological isolation,” the official said. “And at this rate, it will go back to Soviet-style living standards from the 1980s.”

White House Economic Council Director Brian Deese said that, according to estimates, the Russian economy will contract by 10% to 15% in 2022 and that inflation in Russia is running at 200%.

Daniel Fried, a former State Department coordinator for sanctions policy in the Obama administration, said the latest package “basically makes Sberbank untouchable.” But he added, “What is missing is what are we going to do on oil and gas,” Russia’s most lucrative exports.

Under the latest sanctions, special US Treasury licenses exempted transactions with the targeted banks involving European allies’ purchases of Russian oil and gas.

US Treasury Secretary Janet Yellen said flexibility on Russian energy transactions was needed because many European countries remain heavily dependent on Russian oil and gas “and they are committed to making the transition away from that dependence as rapidly as possible.”

In the latest in a series of law enforcement actions against Russia, the US Justice Department on Wednesday charged Russian oligarch Konstantin Malofeyev with violating sanctions imposed on Moscow after its invasion of Ukraine, saying he provided financing for Russians promoting separatism in Crimea.