Uber, Lyft drivers in US consider quitting as pain at the gas pump grows 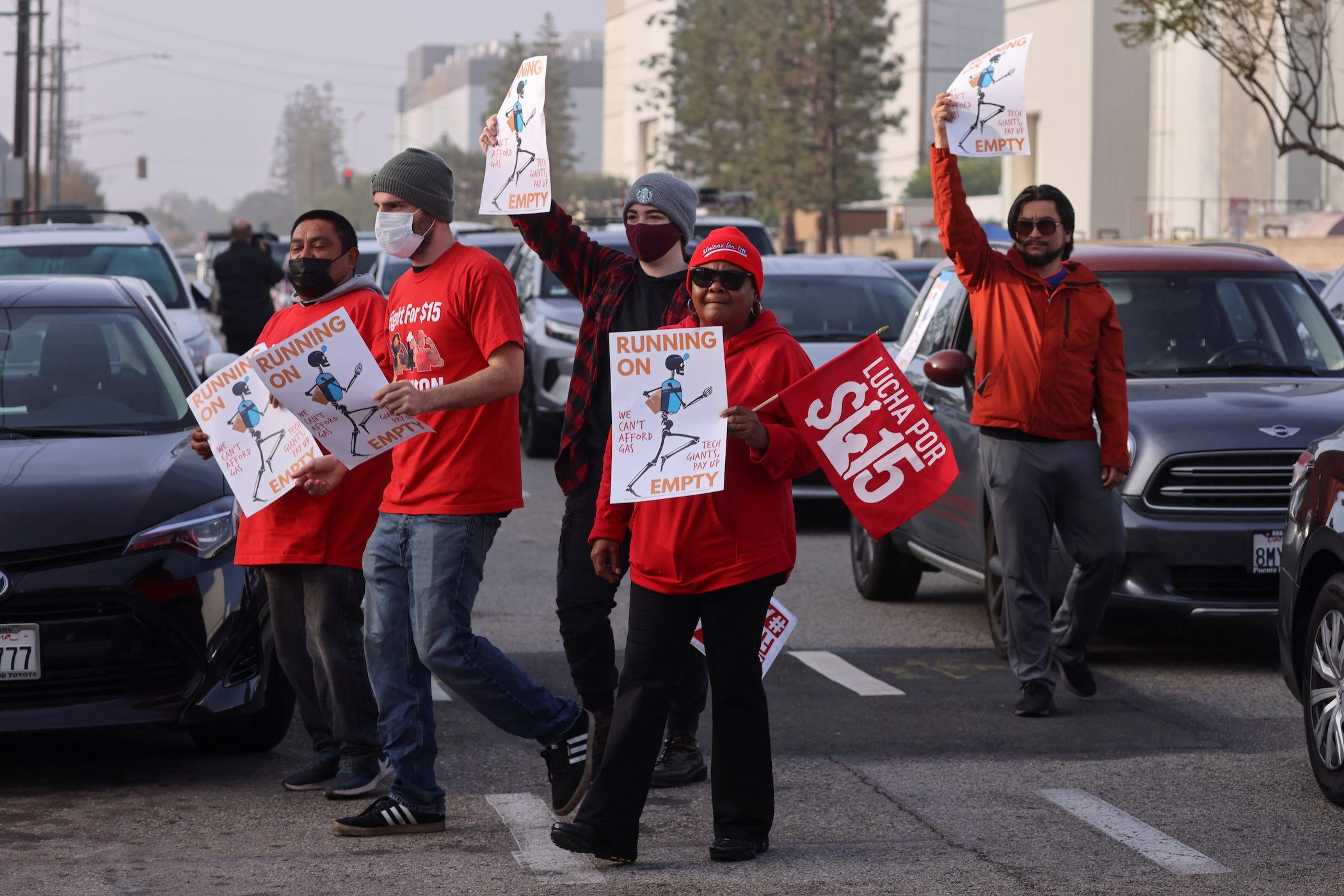 A number of Uber and Lyft drivers are considering quitting the app-based ride-hailing platforms as fueling up becomes costlier, with some calling the newly announced surcharges “insulting.”

The companies announced this month a 55-cent per-ride surcharge that would be paid directly to drivers, in response to record gas prices because of the Ukraine crisis.

But Uber and Lyft drivers, who form a big chunk of the gig economy and typically pay for their own gas, are not happy.

A survey of over 300 drivers conducted by the Rideshare Guy, a popular blog followed by drivers, showed about 15% of them had already quit driving and nearly 40% were driving less.

Uber and Lyft, however, have said the number of active drivers on their platforms is steadily rising, as people return to offices, book more rides to airports, and nightlife resumes.

“We’ve not seen a decline in the number of drivers on the platform or the hours they drive when, for example, you compare March to January,” Lyft said in a statement.

Lyft cited an internal analysis that showed drivers in the United States were spending on average of 75 cents more on gas per hour, but were still earning more per hour than they were a year ago, when the pandemic dimmed demand for rideshare.

Both companies, however, face the prospect of drivers quitting as runaway fuel prices burn a hole in their pockets.

“There is some risk of driver departures, otherwise you would not have seen both Uber and Lyft institute surcharges,” MScience analyst Michael Erstad said.

Another survey by Coworker.org that polled over 200 participants showed 90% agreed the surcharges were just not sufficient and that they would not be able to afford to take longer rides.

The business model of ride-hailing companies was based on gas being $3 per gallon, said David Marcotte, a senior vice president at data analytics firm Kantar.

But gas prices on Friday, March 18, stood at $4.27 per gallon, even surpassing $5 a gallon in some parts of the country.

He also warned a rollback of the surcharge could cause more problems in an already strained labor market, making a loose connection to retail workers seeking better wages after the reversal of “hero pay” offered during the height of the pandemic.

For now, drivers are caught between a rock and a hard place.

“First and foremost, we have been trying to get higher wages per trip even before the gas prices went up. Now to insult us with this minimal amount is ridiculous,” a participant in the Coworker survey said. – Rappler.com