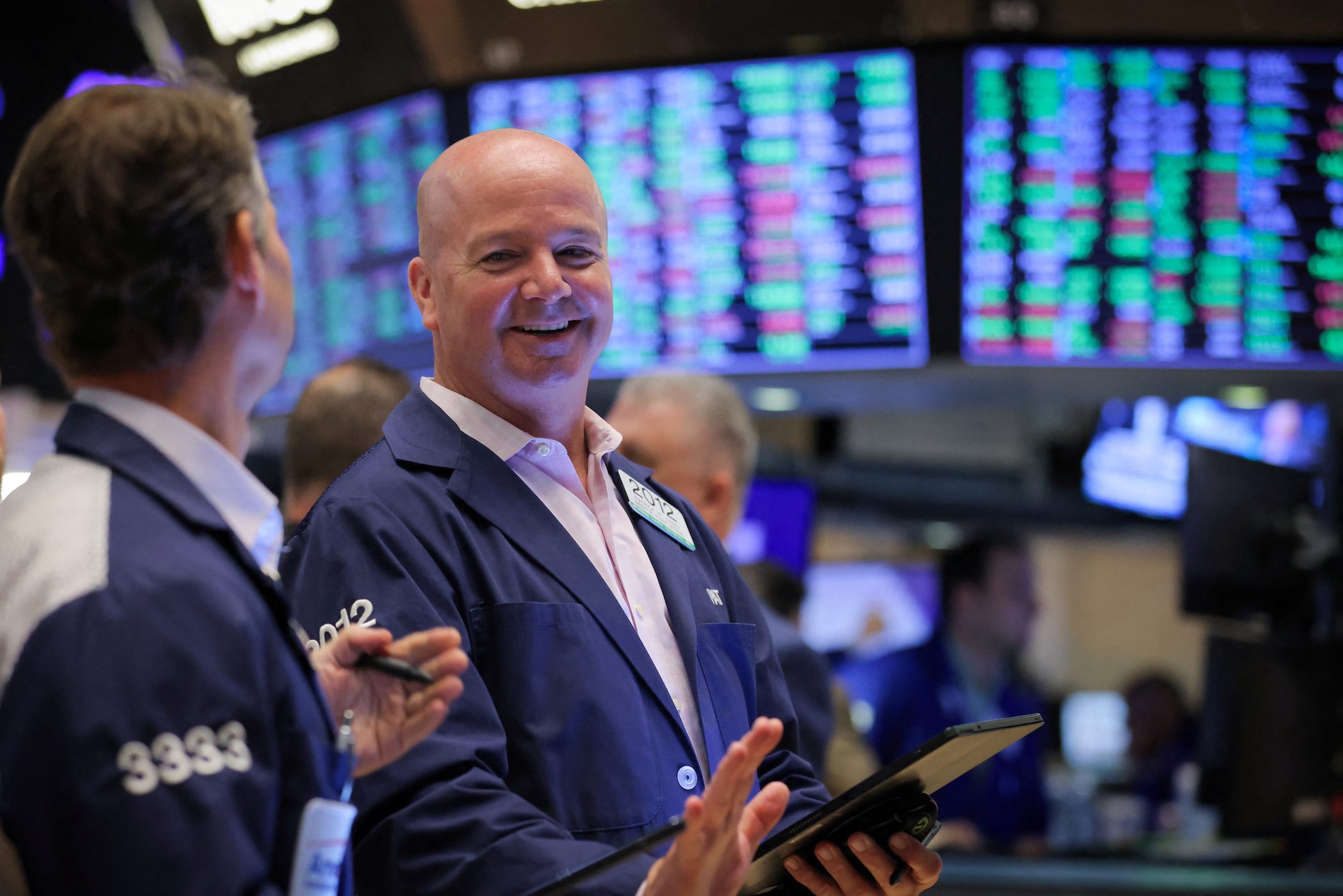 Facebook Twitter Copy URL
Copied
Traders price in a 50-basis-point rate hike by the Federal Reserve in September, compared with the 75-bps increase that had been expected before the US inflation report

NEW YORK, USA – Wall Street equities rallied and the dollar tumbled after signs of sharply decelerating US inflation prompted bets that the Federal Reserve would raise interest rates at a slower pace than previously expected.

Treasury yields mostly pulled back from an earlier plunge as investors digested data showing that consumer prices did not rise in July as the cost of gasoline fell, delivering the first notable sign of relief for Americans who have watched inflation soar over the past two years.

Traders priced in a 50-basis-point rate hike next month, compared with the 75-bps increase that had been expected before the inflation report.

“This morning’s inflation report was a stress reliever and now we’re getting buying in stocks, bonds, and commodities. We haven’t had an inflation release that was lower than expected in quite some time,” said John Augustine, chief investment officer at Huntington National Bank in Columbus, Ohio.

But Augustine said that there was still a lot of uncertainty around what the Fed will do and the economic growth and earnings outlook for 2023. “We’re staying neutral here until we get a better view of next year,” he said.

The Nasdaq closed 20.8% above its recent closing low reached on June 16. It would have to rise an additional 24.9% from the close on Wednesday, August 10, to return to its record high, reached in November, to confirm a new bull market.

The 2-year note last rose 4/32 in price to yield 3.2244%, from 3.286%. The drop in Treasury yields immediately after the inflation data indicated that traders had been expecting a rise in inflation.

During Wednesday’s session, Chicago Fed President Charles Evans said inflation was still “unacceptably” high, and that the Fed would need to continue to raise rates.

Minneapolis Federal Reserve Bank President Neel Kashkari said that while the inflation reading was “welcome,” the Fed was “far, far away from declaring victory” and needed to raise rates much higher.

Oil prices rebounded from losses early in the session after encouraging figures on US gasoline demand and as lower-than-expected US inflation data drove investors into riskier assets.

Spot gold dropped 0.2% to $1,790.80 an ounce as hawkish remarks from US Federal Reserve officials dampened hopes of a let-up in aggressive policy tightening after the inflation data. Gold had charged higher and broke above the $1,800 level before losing ground. – Rappler.com