Stocks struggle, oil down on rate and recession fears 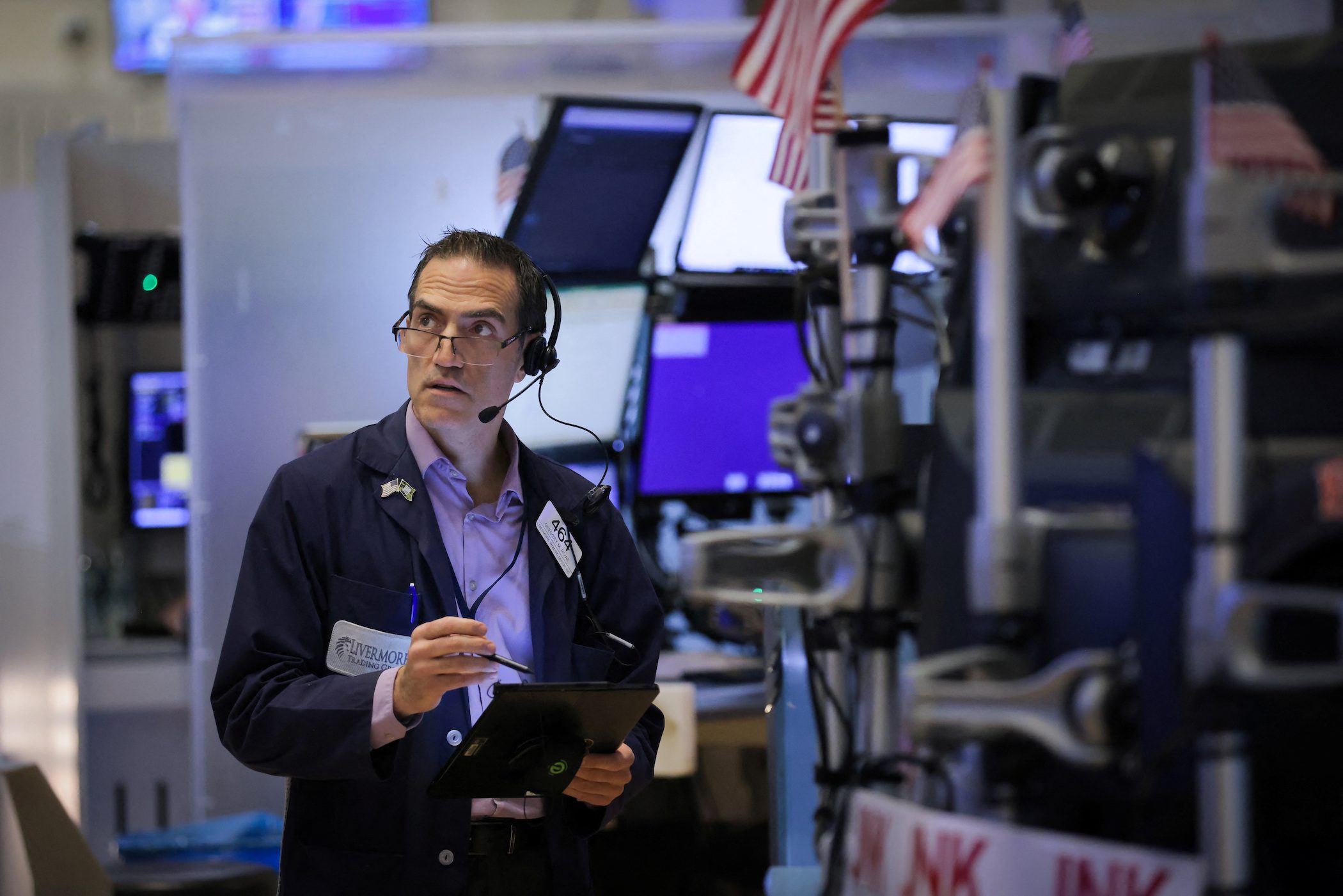 NYSE. A trader works on the trading floor at the New York Stock Exchange in Manhattan, New York City, August 3, 2022.

NEW YORK, USA – World stocks fell again on Wednesday, August 31, as expectations that central banks on both sides of the Atlantic will likely raise borrowing costs again next month soured sentiment and stoked recession fears, which dragged oil prices below $90 a barrel.

Wall Street struggled to hang on to early gains while European shares deepened losses, hobbled by worries that tightening monetary policy around the world will hurt demand and drag on the global economy.

Underscoring the growth risks on the horizon, analysts at Capital Economics warned of a possible US recession.

“Our composite tracking models suggest that the chances of a recession within the next year have risen markedly,” they said.

“That said, the immediate risks still appear to be low, with the boost to real incomes from the continued drop in gasoline prices set to drive a solid rebound in third quarter gross domestic product.”

The MSCI all-country stock index slipped 0.65%, and was down 18.8% for the year as war in Ukraine, surging energy prices, and rising interest rates take their toll on risky assets.

By Wednesday’s close, the three main indexes had suffered their biggest monthly percentage declines in August since 2015, with the S&P 500 dropping more than 8% since mid-August.

Europe’s STOXX share index of 600 companies slumped 1.1% to a six-week low, leaving it down almost 15% for the year.

Headline eurozone inflation for August rose to another record high, beating expectations and solidifying the case for a hefty rate hike by the European Central Bank on September 8.

Russia halted gas supplies via a major pipeline to Europe on Wednesday for three days of maintenance amid fears it will not be switched back on, adding to worries of energy rationing during coming winter months in some of the region’s richest countries.

The energy crunch has already created a painful cost-of-living crisis for consumers and businesses and forced governments to spend billions to ease the burden.

German bonds were set for their worst month in over 30 years.

Markets are betting that the US Federal Reserve and the ECB will both raise their key borrowing costs by 75 basis points when they meet next month.

Jamie Niven, a senior bond fund manager at Candriam, said rate hikes anticipated for this year had been largely priced in to markets, especially in the United States.

“I think there is more pain to come in credit markets and in equity markets before we see a brighter outlook. I don’t think central banks are going to be in a state where they can cut to kind of soften the blow of recession,” Niven said.

While there may be occasional quick flips or dramatic rallies back in to riskier assets like stocks at times, they will ultimately be lower towards the end of the year, Niven added.

US non-farm payrolls data due on Friday, September 2, could make the case for a big rate hike, analysts said.

US crude below $90 a barrel

The two-year US Treasury yield, which is relatively more sensitive to the monetary policy outlook, hit a 15-year high at 3.497% overnight, but eased back to 3.4847%.

Sterling had its worst month since early 2017, having fallen 16% against the dollar, as UK inflation is already at 10% and rising, with the Bank of England set to increase rates next month.

Crude oil extended its slide after declines of more than $5 overnight, with traders citing fears of softening demand from China and the West.

Cryptocurrencies defied the broader gloom and held onto gains, with bitcoin up 1.7% at $20,172. – Rappler.com