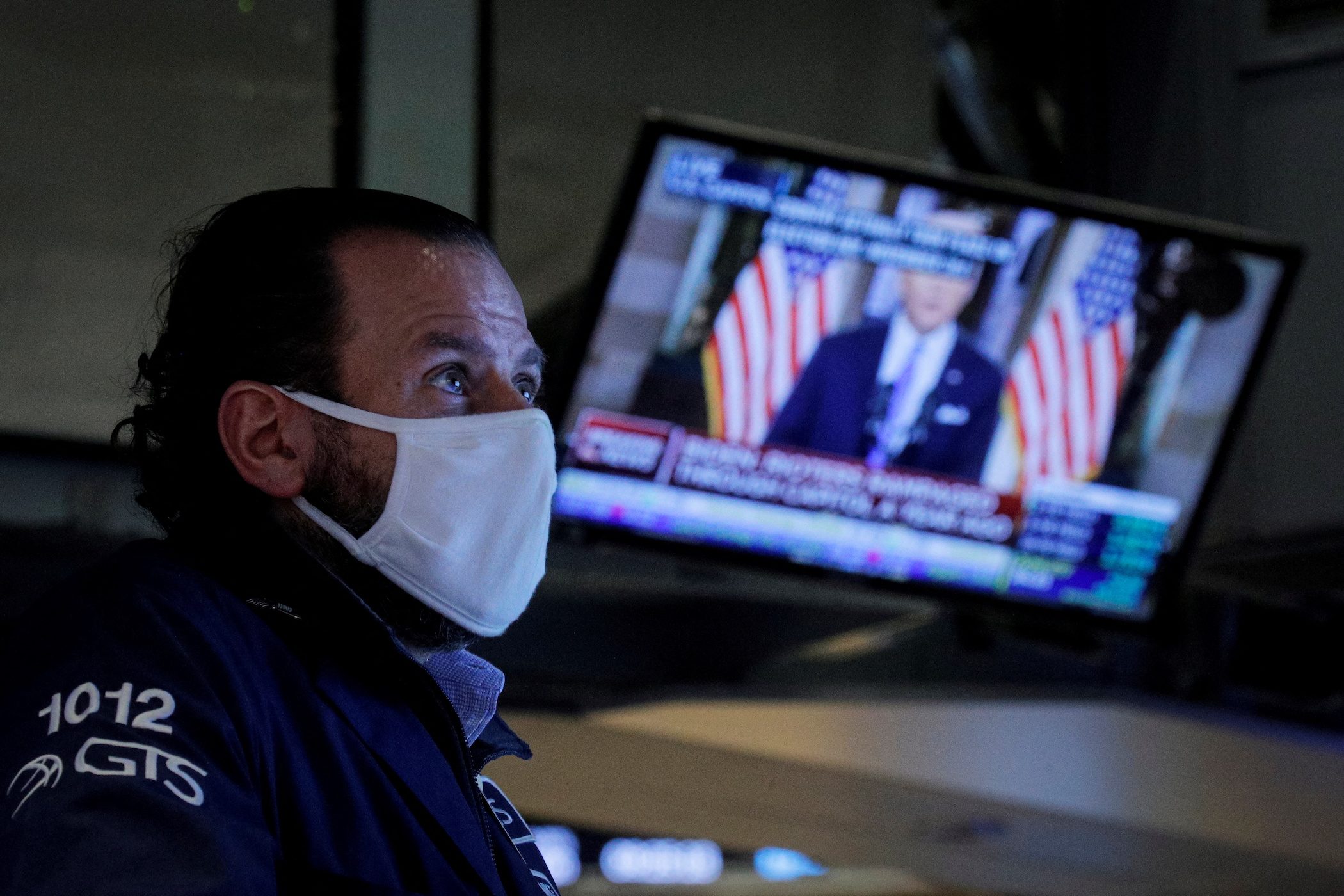 TRADING. A specialist trader works inside a booth on the floor of the New York Stock Exchange in New York City, January 6, 2022.

BOSTON, USA – US stocks and Treasury yields were mixed on Friday, January 7, as investors digested payroll data and its potential impact on Federal Reserve policy in the final session of an already roller-coaster first trading week of the year.

US employment rose by a less-than-expected 199,000 jobs last month as the impact of a resurgent pandemic bites, well below the 400,000 forecast by economists, but data for November was revised higher. The unemployment rate dropped to 3.9%, underscoring near full-employment.

“Seasonal adjustments, diverging surveys, and a volatile economic environment made this report a mess,” Barry Gilbert, a strategist at LPL Financial in Boston, wrote in a note. “It won’t divert the Fed from its current path, but any rate decision will be more focused on the data over the next several months.”

Technology and growth shares eased as investors remained worried about the US interest rate outlook, while consumer discretionary and technology sectors led the way lower on the S&P 500; financials extended recent gains.

It had already been a confusing week for stocks. After a start to 2022 marked by new highs, the mood changed on Wednesday, January 5, after minutes from the Fed’s December meeting signaled the central bank may have to raise interest rates sooner than expected.

Longer-dated Treasury yields rose anew on Friday but shorter-term government bonds declined after the US nonfarm payrolls report. Analysts said the data was solid enough to keep the Fed on track to raise interest rates at its March meeting – or sooner.

“Today’s report should be eye-opening for the Fed as tight labor conditions are only going to exacerbate the building inflation problem,” Charlie Ripley, senior investment strategist at Allianz Investment Management in Minneapolis, said. “It would be surprising if the Fed is not contemplating a faster removal of policy accommodation at the January meeting.”

Eurozone inflation rose unexpectedly last month to 5% from 4.9% in November, a record high for the currency bloc, though unlike the Fed, the European Central Bank says prices will ease enough this year to avoid the need for rate hikes.

The dollar was on track for its biggest daily percentage drop in six weeks on the heels of the jobs report seen as strong enough to keep the Fed’s tightening path intact.

The dollar index fell 0.53% at 95.750, and was poised for its biggest drop since November 26, when concerns about the Omicron COVID-19 variant began to rattle markets. Even with Friday’s weakness, the dollar was still on track for a slight weekly gain, its first in three weeks.

Oil prices settled lower as the market weighed supply concerns from the unrest in Kazakhstan and outages in Libya against the mixed US jobs report and its potential impact on Federal Reserve policy.

Spot gold stood at $1,795 an ounce, up slightly on the day after touching a two-week low of $1,788.25 on Thursday, as rising US Treasury yields hurt demand for the non-interest bearing metal.

Bitcoin slumped as much as 5% on Friday to its lowest since late September, amid a broader sell-off for cryptocurrencies driven by concerns about tighter US monetary policy.