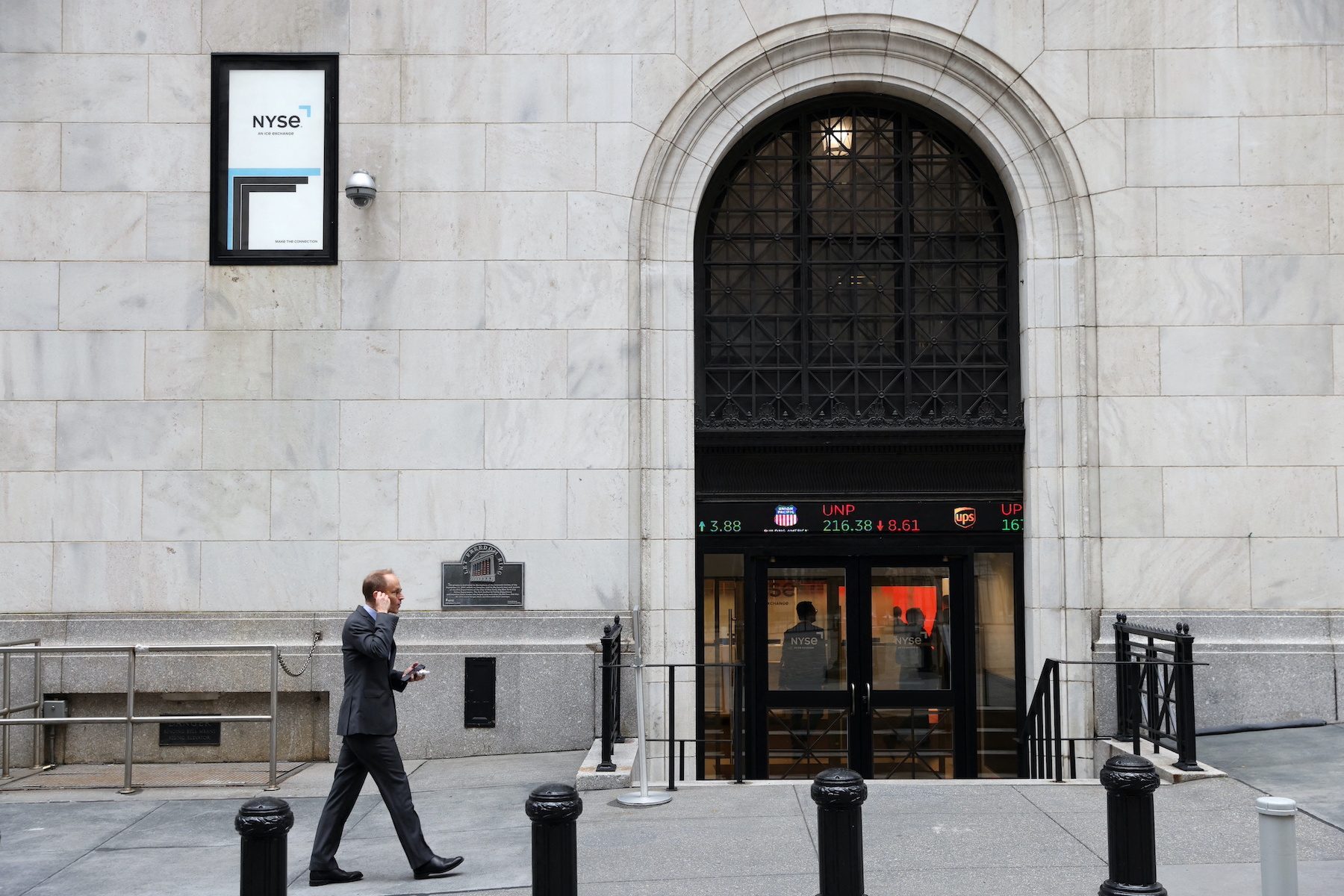 Facebook Twitter Copy URL
Copied
While the European Central Bank decision was widely expected, the possibility of a larger hike from September weighs on sentiment

NEW YORK, USA – US and European shares slid while benchmark eurozone yields hit an eight-year high on Thursday, June 9, after the European Central Bank (ECB) prepared to hike interest rates next month for the first time since 2011 and as pending inflation data spooked investors.

While the ECB decision was widely expected, the possibility of a larger hike from September weighed on sentiment as the eurozone economy grapples with slowing growth and soaring inflation.

Shares on Wall Street tumbled, with the S&P 500 and Nasdaq falling more than 2%, as the market awaited the release on Friday, June 10, of the US consumer price index (CPI) for May.

For months, markets have focused on how fast central banks have been moving to curb inflation. Investors now expect the Federal Reserve to hike rates by 50 basis points next week, especially if US CPI data confirms an elevated inflation reading.

Ablin believes inflation peaked in March, with prices for lumber and copper already in decline.

But central bank rate hikes also could slow economic growth. The ECB said inflation would remain “undesirably elevated” for some time, and the White House has predicted Friday’s data also will be elevated.

“We think this would make monetary policy restrictive, and doubt that the euro region’s economy could sustain such tight conditions, given its present challenges,” Papadakis said.

The euro fell 0.93% to $1.0616 against the dollar, as the dollar index rose 0.73%. But bond yields across southern Europe rose sharply after the ECB flagged a string of future rate hikes.

“The ECB seems to be about six months behind the Fed at least in terms of action and probably attitude, too,” Ablin said.

With eurozone inflation at a record-high 8.1%, the ECB had already flagged a series of moves, including ending its long-running asset buying program at the end of June.

The ECB spelled out plans to raise rates a quarter point next month and probably half a point again in September for its first 50-basis-point move in 22 years.

Germany’s 10-year government bond yield – the main proxy for European borrowing rates – surged to its highest level in eight years at 1.47%. The bund later was little changed at 1.437%.

The ECB released new forecasts that raised inflation this year to 6.8% from a prior 5.1%, and cut its growth outlook to 2.8% from 3.7% due to sky-high energy and food prices. – Rappler.com