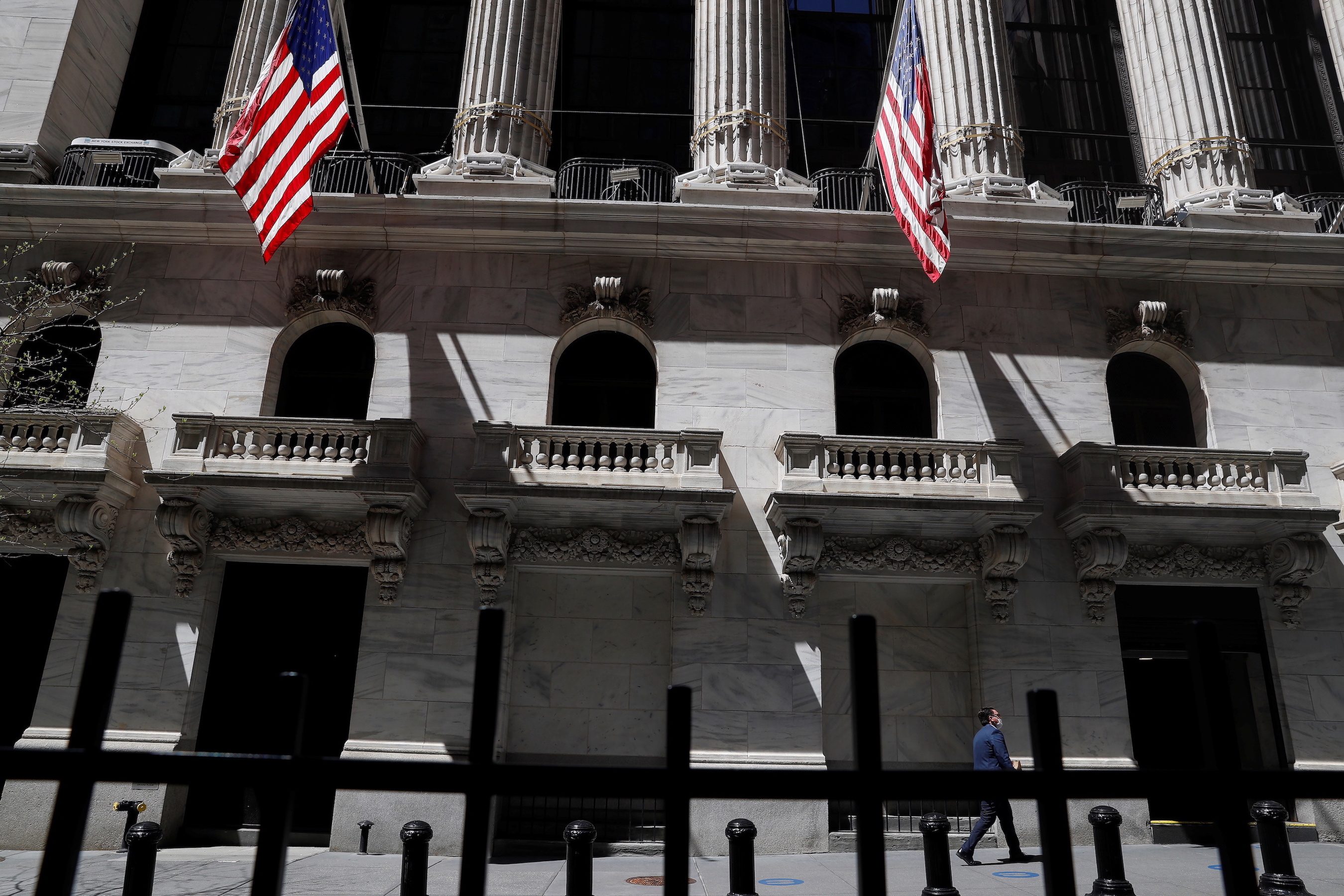 US stocks suffered the biggest slump in at least 11 weeks on Wednesday, May 12, and benchmark Treasury yields jumped after data showed consumer prices in April unexpectedly rose by the highest level in nearly 12 years, prompting bets on earlier interest rate hikes.

A 0.8% jump in the US consumer price index – outpacing a 0.2% forecast – boosted the US dollar as expectations of rising real interest rates burnished the currency’s appeal.

The gyrations in financial markets underscored concerns among some investors that the Federal Reserve could be wrong in its prediction that inflation pressures in the United States are temporary, and that the central bank may have to raise rates sooner than it expects.

The prospect of tighter monetary policy knocked shares lower and the stock market steadily extended losses through the day. The Dow Jones Industrial Average shed 2%, the S&P 500 dropped 2.1%, and the Nasdaq Composite lost 2.7%.

For the S&P 500 and the Nasdaq Composite Index, Wednesday’s tumble was the biggest fall in a single day since February 25, while the Dow’s decline was the sharpest in a day since January 29.

Richard Clarida, vice chair of the Federal Reserve, acknowledged on Wednesday that the latest inflation report was the second piece of data in a week to catch the central bank off-guard, describing it as the “biggest miss in history.”

Yet Clarida maintained the Federal Reserve’s dovish note, saying it will be “some time” before the US economy is sufficiently healed for the central bank to consider pulling back its crisis-level of support.

Some investors continued to challenge the Federal Reserve’s assessment, however.

“We’ve been warning about the prospect of higher for longer inflation in the United States for many months, but even we hadn’t predicted this,” said James Knightley, chief international economist at ING Group.

“We increasingly doubt the Fed’s position that this is transitory and think they will end up hiking rates far sooner than 2024.”

Some money market investors seemed to agree. Eurodollar futures contracts expiring in December on Wednesday priced in a 25-basis-point rate hike by the end of next year, compared with 22 basis points before the inflation report.

In keeping with expectations of rising price pressures as the US economy recovers from the COVID-19 pandemic, the yield curve steepened, and the spread between 2- and 10-year Treasury yields widened to 152.8 basis points.

The dollar, which could benefit from rising real interest rates, gained after wobbling briefly earlier in the day.

The dollar index, which measures the greenback against six major currencies, rose 0.65% to 90.795.

Hopes of rising demand on the back of an economic recovery pushed oil prices to eight-week highs.

In cryptocurrencies, ether fell after scaling a new record high overnight, dropping 2% to $4,096.01. The value of the second biggest digital token has surged over 5.5 times so far this year. – Rappler.com