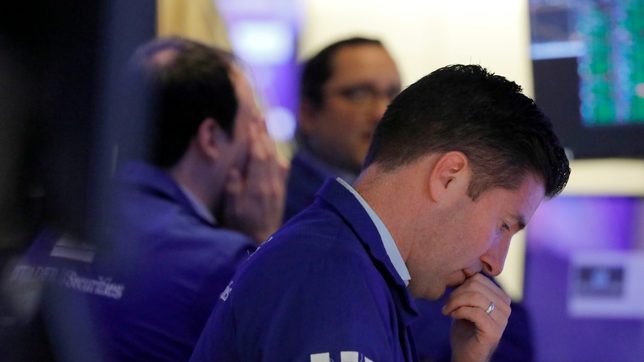 Facebook Twitter Copy URL
Copied
Investors remain worried, however, about the impact that higher costs, supply disruptions, and labor shortages are having on companies

Stock indexes around the world jumped on Tuesday, October 19, as US technology shares extended recent gains and earnings reports were upbeat, while the 10-year US Treasury yield rose to its highest in more than four months.

The US dollar was lower on the day as other currencies, including sterling, were supported by investor expectations that interest rates could be increased sooner than some had forecast.

On Wall Street, the technology sector boosted the S&P 500 the most, while recent stronger-than-expected results have bumped up the forecast for S&P 500 earnings for the third quarter.

Investors remain worried, however, about the impact that higher costs, supply disruptions, and labor shortages are having on companies.

“The key for the market to going up from here will not be higher multiples, it will have to be higher earnings. That’s why it’s so important to pay attention to what those profit margins do going forward and what the trajectory of GDP (gross domestic product) looks like,” said Eric Marshall, portfolio manager at Hodges Funds.

Among US companies reporting results on Tuesday, insurer Travelers Companies beat estimates for third-quarter profit and its shares rose. Johnson & Johnson raised its 2021 adjusted profit forecast and its shares jumped 2.3%.

The MSCI index reached its highest in about a month.

The dollar index against a basket of other currencies was last down 0.22% on the day at 93.73, after earlier dropping to 93.50, the lowest since September 28.

The euro gained 0.25% to $1.1640. Currencies, including sterling and the New Zealand dollar, are benefiting from rising interest rate increase expectations.

In the US Treasury market, the yield curve widened, reversing the recent trend.