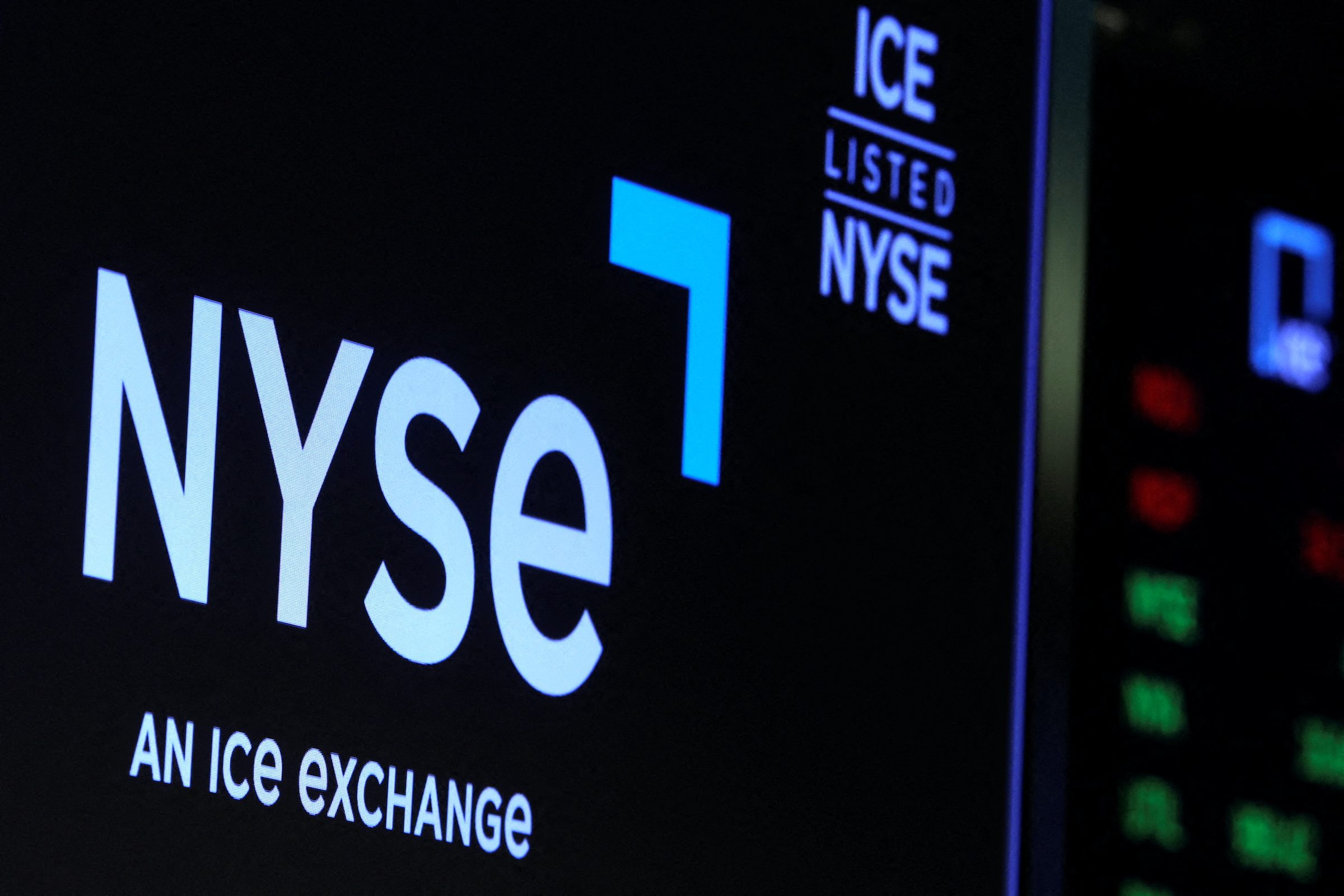 TRADING. A screen displays the ICE trading information on the floor of the New York Stock Exchange in New York City, March 21, 2022.

WASHINGTON, USA – Wall Street ended the day lower in a choppy trading day on Monday, April 18, while US Treasury yields jumped as investors juggled strong earnings with what Russia’s invasion of Ukraine could mean for global growth.

A significant cut to global growth expectations from the World Bank, paired with March weakness in China’s latest economic numbers, injected some pessimism into US markets, which opened Monday following a holiday-shortened previous week.

But a strong quarterly earnings report from Bank of America offset some of that concern, as investors prepared for more major corporate earnings reports this week.

Markets were closed in Australia, Hong Kong, and many parts of Europe for the Easter holiday.

The World Bank announced it was cutting its global growth forecast for 2022 by nearly a full percentage point due to the impact of Russia’s invasion of Ukraine. The organization now expects economic growth of 3.2% this year, down from a prior 4.1% forecast.

China also reported that its economy slowed in March as consumption, real estate, and exports were hit hard, worsening an outlook already weakened by COVID-19 curbs and the Ukraine war.

“Stocks continued to search for sustained upside momentum amid high inflation readings, interest rates on the rise, and dashed hopes for a ceasefire in Ukraine,” said Chris Larkin, managing director at E*TRADE.

Oil prices closed over 1% higher, boosted by concerns over tight global supply amid the Ukraine crisis.

Those concerns were amplified after Libya’s National Oil Corporation said a “painful wave” of closures were impacting its facilities, offsetting any concerns about reduced demand from a locked down China.

“With global supplies now so tight, even the most minor disruption is likely to have an outsized impact on prices,” said Jeffrey Halley, analyst at brokerage OANDA.

The looming prospect of aggressive interest rate hikes from the Federal Reserve helped push US Treasury yields to three-year highs while boosting other safe havens.

The Fed is now expected to hike rates by 50 basis points (bps) at its May and June meetings, at least, as it looks to contain rapid inflation. Fed funds futures traders are expecting the Fed’s benchmark rate to rise to 1.28% in June and to 2.67% next February, from 0.33% now.

“Despite nascent signs that inflation could be easing and hawkish Fed bets being trimmed, a 50-bps rate hike for May looks all but locked in,” wrote Deutsche Bank analysts in a note.

Concerns over economic fallout helped push gold prices to a one-month high Monday, with safe-haven spot gold last up 0.14% to $1,977.35 an ounce.

The dollar also got a boost as a safe haven, with the dollar index, which tracks the greenback versus a basket of six currencies, up 0.47%. – Rappler.com