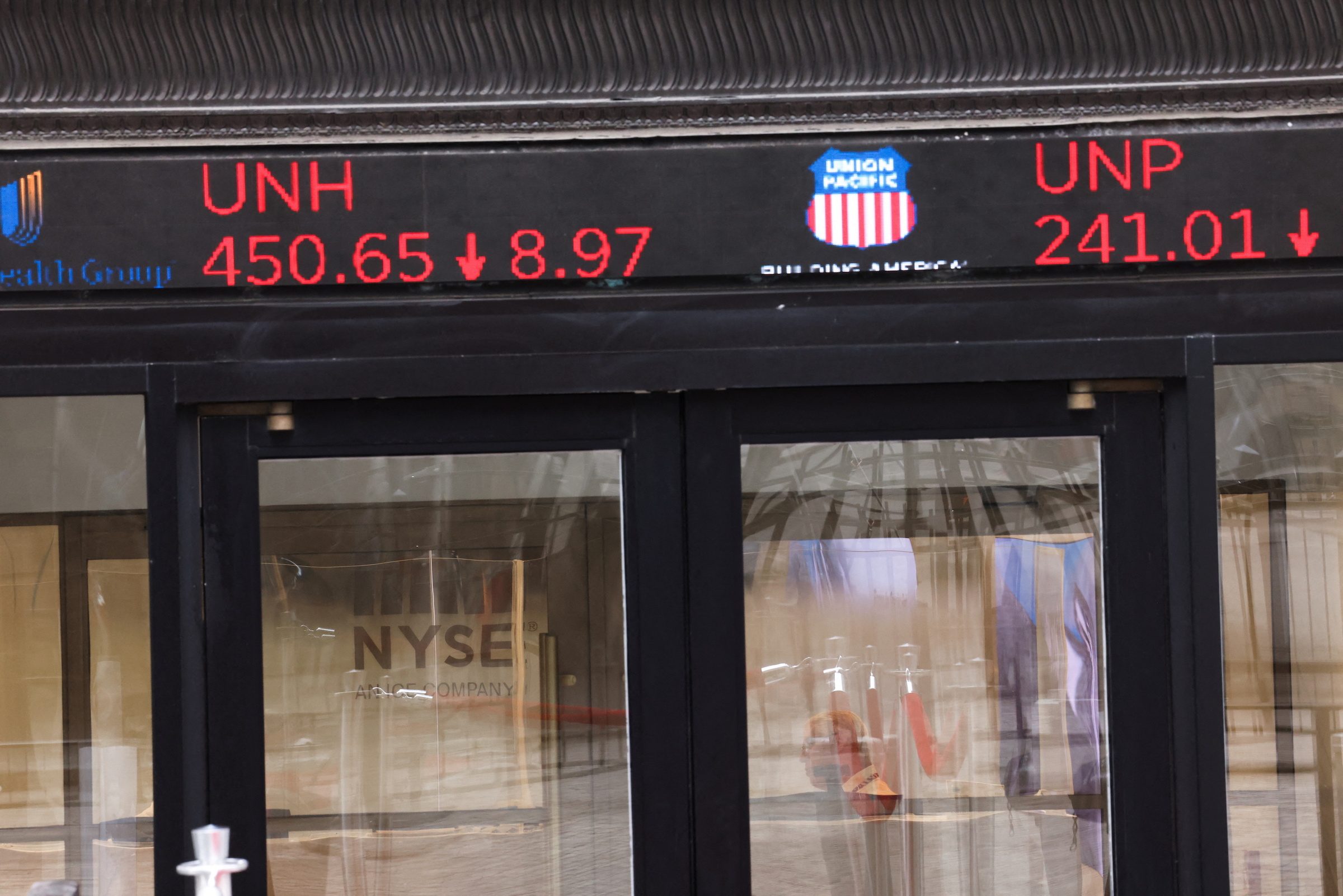 TRADING. Stocks showing losses are displayed at the entrance to the New York Stock Exchange in New York City, February 24, 2022.

NEW YORK, USA – Investors rediscovered much of their appetite for riskier bets by Thursday afternoon, February 24, with the MSCI global index finishing well above its session low and the US dollar paring gains while oil futures pulled back from multi-year records after Russia’s invasion of Ukraine and responses from other countries.

After falling sharply earlier in the day, US Treasury yields pared most of their declines and Russia’s rouble recouped much of its losses against the dollar while safe-haven gold was in the red after earlier rising as much as 3.5%.

While the S&P had steadily regained lost ground after hitting its session low around the open, a noticeable improvement in risk appetite followed US President Joe Biden’s unveiling of new sanctions against Russia. He said the United States is working with oil producers to secure global energy supplies.

While Biden insisted that US forces will not fight in Ukraine, he said additional forces would be authorized to go to Germany. Sanctions cited involved Russian banks and technology imports but did not involve oil and gas or the SWIFT international banking system.

Investors, who are most concerned about inflation in areas such as energy, were relieved by what the sanctions did not include, according to Jack Janasiewicz, portfolio manager at Natixis Investment Managers Solutions.

“Historically speaking whenever you get military incursions, the blueprint has been to sell in the run-up to the incursion and once tanks start rolling in across borders, you’re supposed to buy it,” said Janasiewicz.

He noted that investors were buying assets such as technology stocks, which had been selling off ahead of the invasion.

MSCI’s gauge of stocks across the globe closed down 0.46% after earlier falling more than 3% to touch its lowest level since March 2021.

The Russian rouble weakened 4.51% versus the greenback to 84.96 per dollar after softening to a record low of 89.986 per dollar.