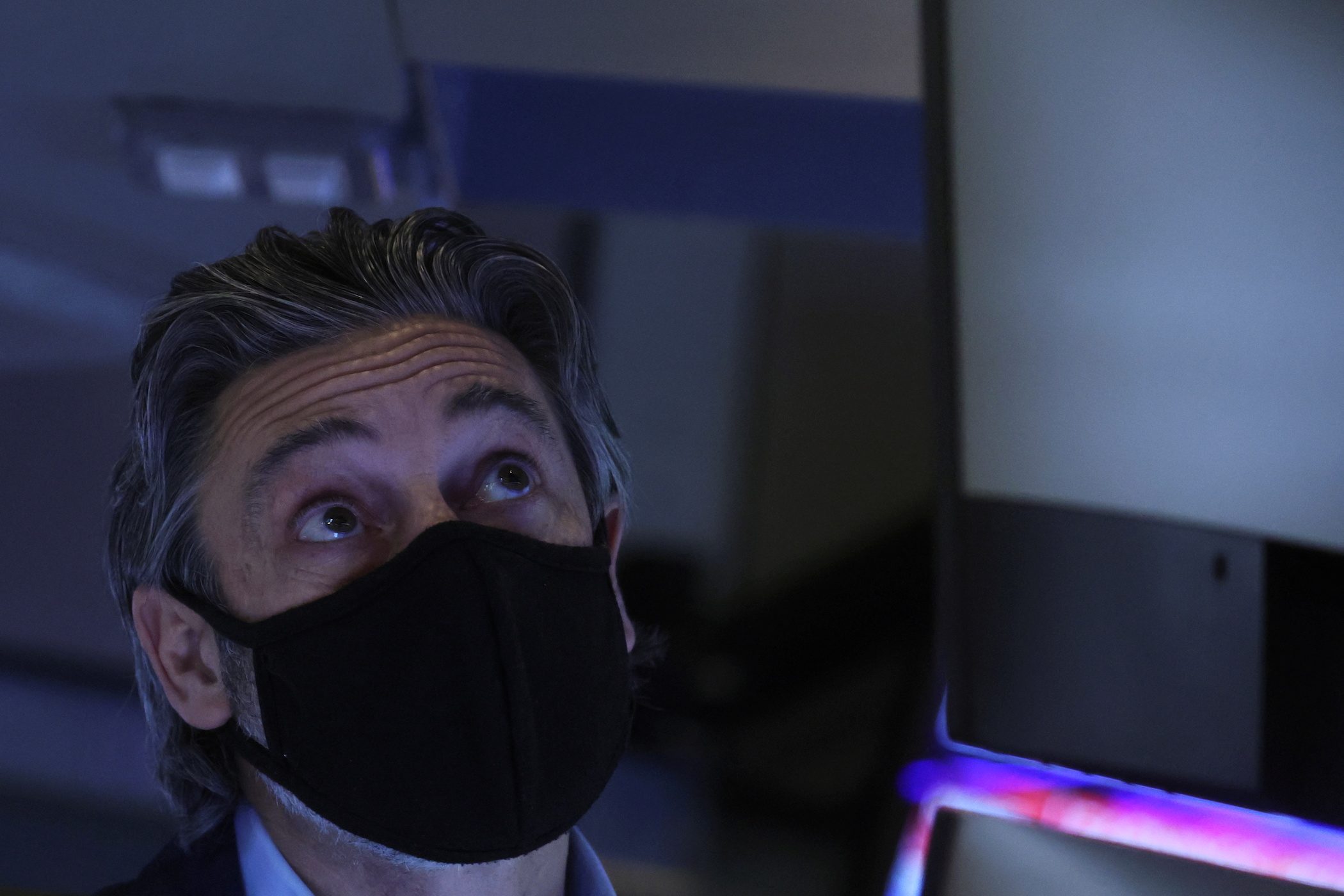 NYSE. A trader works on the floor of the New York Stock Exchange in New York City, January 24, 2022.

Facebook Twitter Copy URL
Copied
All three major US stock indices close in positive territory on Monday, January 24, after the Dow Jones Industrial Average had posted an over 1,000-point decline earlier in the day

All three major US stock indices closed the day in positive territory, after the Dow Jones Industrial Average had posted an over 1,000-point decline earlier in the day.

The MSCI world equity index, which tracks shares in 45 nations, was down 0.78%.

The late gains marked a surprising turnaround for US stocks, which were battered last week, posting their heaviest losses since 2020. The decline potentially enticed bargain hunters to help push them higher Monday, January 24.

“Recent bearishness in equities is overdone, and out of line with activity momentum, easing bottlenecks, and what we expect to be a strong earnings season,” wrote JPMorgan analysts in a midday note.

The market tumult came as NATO said on Monday it was putting forces on standby and reinforcing eastern Europe with more ships and fighter jets in response to Russia’s military buildup at Ukraine’s borders.

The US State Department on Sunday, January 23, ordered diplomats’ family members to leave Ukraine, while President Joe Biden weighed options for boosting US military assets in the region.

Attention is also turning to the US Federal Reserve, which kicks off a two-day policy meeting on Tuesday, January 25. Investors are watching the central bank as closely as ever, as Fed officials look to unwind unprecedented stimulus and begin a path toward future rate hikes.

“Investors are accepting the harsh reality that the end of the ultra-easy monetary policy is upon us. This week the Federal Reserve meets and while we expect no changes at this meeting, the market is pricing in a full quarter point increase in March,” said Megan Horneman, director of portfolio strategy at Verdence Capital Advisors.

The risk-off attitude was evident in oil markets, as prices dipped by as much as 3% after closing Friday, January 21, with a fifth straight week of gains.

Other riskier assets felt pressure as well. Bitcoin hit a six-month low Wednesday, January 19, but was up slightly late Monday to $36,921, still well below the November all-time high of $69,000.

Concerns that the Fed could tighten too quickly at its meeting this week added to investor nerves.

The US central bank is expected to confirm that it will soon start draining the massive pool of liquidity that has supercharged growth stocks in recent years.

Fears over the Fed and Ukraine boosted safe haven investments. The dollar hit a two-week high against a basket of currencies, last up 0.26%. Spot gold prices also jumped 0.55% to $1,843.26 an ounce. – Rappler.com