Global stocks trade higher at the end of a volatile month 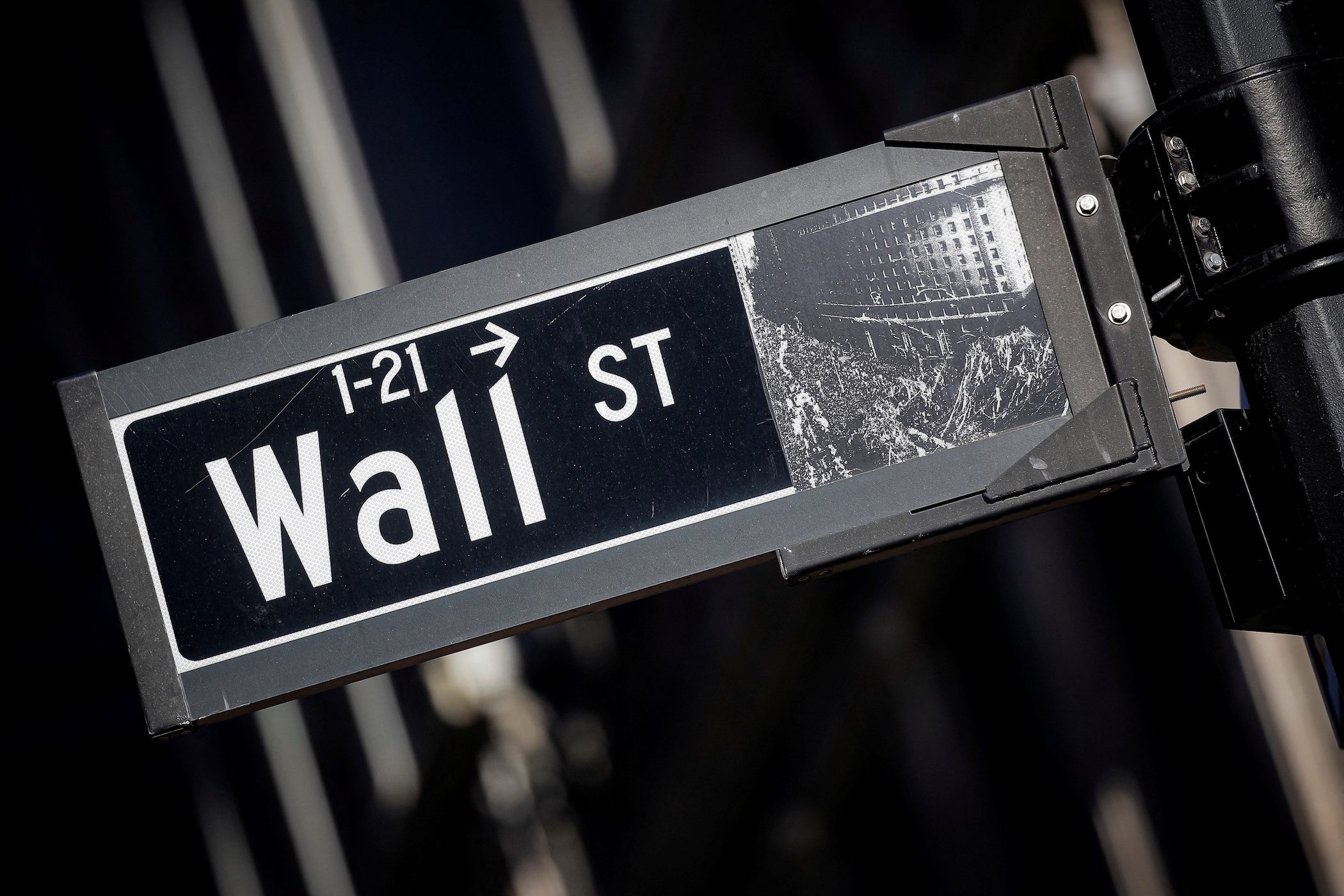 STOCKS. A street sign for Wall Street is seen in the financial district in New York, November 8, 2021.

WASHINGTON, USA – World stocks climbed higher on Monday, January 31, as investors digested new optimism from the US Treasury’s top economist that inflationary pressures should ease in 2022 due to weaker demand for goods, easing supply bottlenecks, and a receding coronavirus pandemic.

Wall Street closed higher on Monday, coupled with an earlier rise in European shares, that helped stabilize investor sentiment after a series of volatile sessions.

In a statement released alongside the Treasury’s quarterly borrowing estimates, Assistant Secretary for Economic Policy Ben Harris said he expects energy prices to stabilize in 2022, but geopolitical instability could push prices higher.

Still, investors said the backdrop for equities remains uncertain as other central banks tighten policy – the Bank of England is expected to hike rates again on Thursday, February 3 – and another jolt higher in oil prices adds to inflationary worries.

The MSCI World index, while higher on Monday, remains down 6.2% in January – the worst start to the year since 2016. Before the rebound on Friday, January 28, the index had been headed for its worst January since the global financial crisis in 2008. It last gained 1.8%.

“This is not the classic sell-off affecting lower quality underperforming companies. This sell-off is driven not by fundamentals but by the action of central banks at a time when growth is very strong,” said Flavio Carpenzano, investment director at Capital Group.

“For years you were like a spoiled child, you could get all the money you wanted and for free and you could buy what you wanted, you didn’t care that much about quality. Now it’s the other way round, you have to be more disciplined so you need to look carefully at valuation,” Carpenzano added.

The standoff over Ukraine also remains a thorn in the markets’ side, with concerns a Russian invasion would cut vital gas supplies to Western Europe. Moscow denies any plan to invade.

Oil prices ended January about 17% higher in their biggest monthly gain in a year, boosted by a supply shortage and political tensions in Eastern Europe and the Middle East.

Data out on Sunday, January 30, showed China’s factory activity slowed in January as a resurgence of COVID-19 cases and tough lockdowns hit production and demand.

Yields of US Treasuries that are most sensitive to inflation expectations hovered near their highest levels since February 2020 on Monday, capping a bond market sell-off this month that by some measures is the worst in 13 years.

The yield on 10-year Treasury notes was up 0.9 basis points to 1.789%, while the two-year US Treasury yield, which typically moves in step with interest rate expectations, was up 0.5 basis points at 1.177%.

“The bond market may have settled into a flattening yield curve, reflecting an outlook for several rate hikes over the course of this year and then at least a pause as the economy adjusts,” said Tim Ghriskey, senior portfolio strategist at Ingalls & Snyder in New York.

As well as the Bank of England, the European Central Bank meets this week but is expected to stick to its argument that inflation will recede over time.

Investors will eye big US data releases this week, including the ISM readings on manufacturing and services, and the January jobs report.

The US dollar fell as investors consolidated gains ahead of the monthly employment report this week, taking a pause after a furious rally that took the currency to a 1-1/2-year high on Friday.

The dollar index fell 0.646%, with the euro up 0.89%, putting it on track for its largest daily fall since January 12. On the month, the greenback was up 1.4% after hawkish noises from Fed Chair Jerome Powell last week bolstered the US dollar.

“A mix of consolidation and month-end position-squaring has nudged the dollar off its highs,” said Joe Manimbo, senior market analyst at Western Union Business Solutions in Washington.

“An events-filled week ahead threatens to keep market volatility high. The buck appears to have peaked for now as Friday’s jobs report is forecast to show another month of tepid hiring,” Manimbo added. – Rappler.com