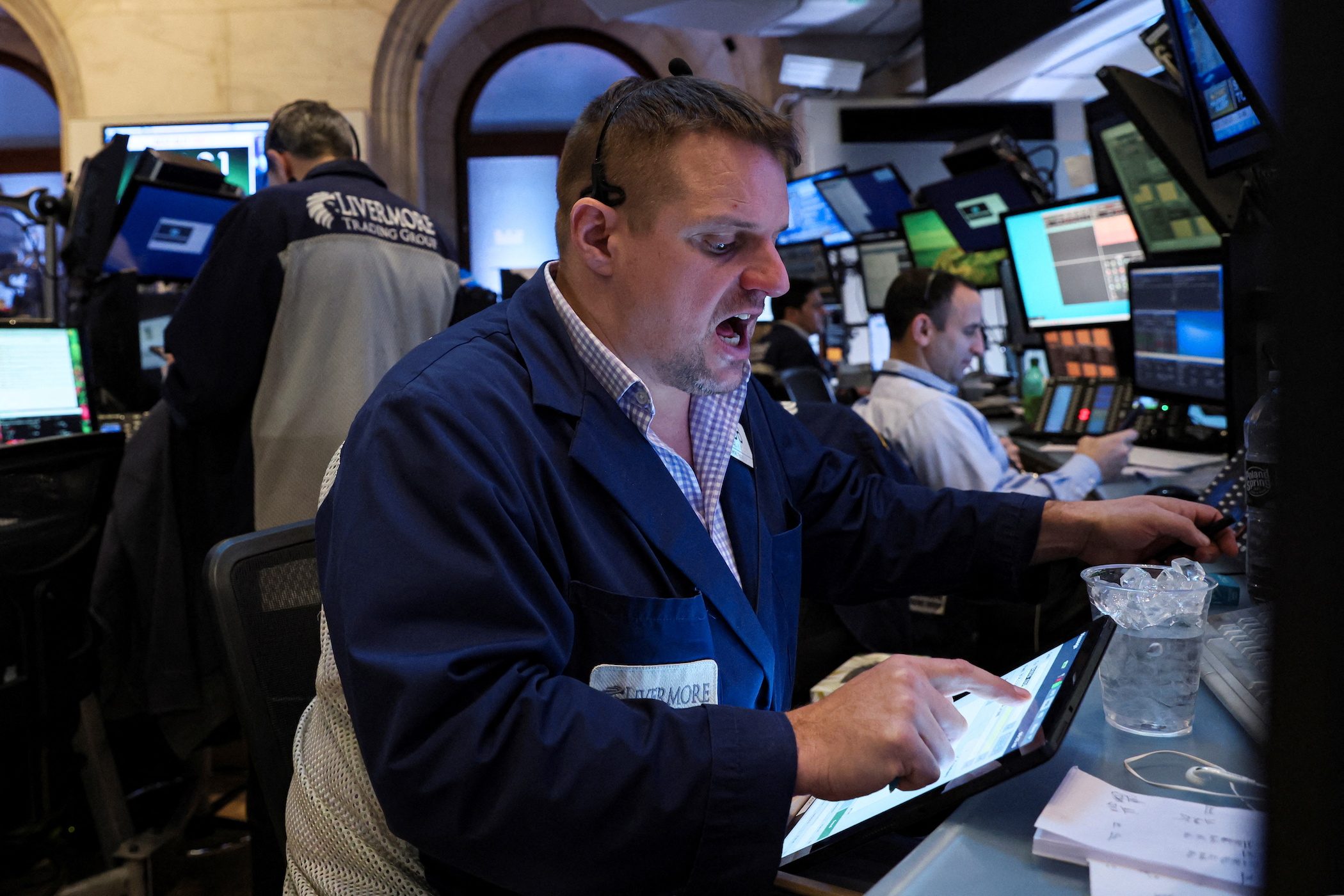 Facebook Twitter Copy URL
Copied
Brent crude futures climb to within 16 cents of $120 a barrel on Thursday, March 3, before falling on hopes the United States and Iran will agree soon to a nuclear deal

NEW YORK, USA – Oil prices initially soared on Thursday, March 3, as the Ukraine war sparked a run on commodities that raised fears of “stagflation,” while equity markets fell as investors gauge the impact of the Federal Reserve’s plans to tighten monetary policy.

The fresh surge in energy prices heightened worries about the European economic outlook, leading the euro to slide to its lowest level in almost six years against Britain’s pound and pinning it near 21-month lows versus the dollar.

Brent crude futures, the international benchmark for oil, climbed to within 16 cents of $120 a barrel before falling on hopes the United States and Iran will agree soon to a nuclear deal that could add output to a badly undersupplied market.

The price of aluminum, copper, and nickel raced to fresh highs as the widening sanctions on Russia for its invasion of Ukraine threatened to further disrupt the flow of commodities from one of the world’s major producers.

The jump in commodity prices has raised concerns about the potential for stagflation – when rising inflation and stagnate output roils the economy and crimps employment.

“Investors are more fearful of a Fed reaction to stagflation than stagflation itself,” said Kristina Hooper, chief global market strategist at Invesco.

Markets are volatile, leading investors to try to figure out a lot of moving parts “in one fell swoop,” said Jeff Mortimer, director of investment strategy at BNY Mellon Wealth Management.

“Markets are trying to recalibrate what the Fed will do and its views on inflation,” he said. “To us it’s how to get a handle on what’s inflation going to be 6, 9, 12, 15, and 18 months from now. That is really the critical question.”

US stocks initially rose, extending a rally on Wednesday, March 2, after Powell eased widely held expectations of a 50-basis-point hike in interest rates when policymakers meet in two weeks.

But stocks later fell after Powell told a Senate committee in a second day of testimony before Congress that Russia’s war in Ukraine could hit the US economy from higher prices to dampened spending and investment.

US and German government bond yields retreated as investors eyed potential monetary tightening. Money markets in Europe are now pricing in a 95% chance of a 30-basis-point hike in interest rates from the European Central Bank (ECB) by year-end.

The yield on 10-year Treasury notes fell 1.3 basis points to 1.825% as US and other sovereign bond prices whipsawed while investors assess the impact of the Fed, ECB, and other central banks raising rates to tame inflation.

Everything from coal to natural gas and aluminum are surging as Western nations tighten sanctions on Russia following its invasion of Ukraine.

Three-month nickel on the London Metal Exchange rose to its highest since April 2011, and benchmark LME aluminum rose 5% after hitting a record $3,755 a ton.

Oil markets were volatile as investors anticipate disruption to worldwide flows due to the sanctions on Russia. Prices fell on signs of progress toward removing remaining issues blocking a revival of the 2015 Iran nuclear deal.

MSCI added to Russia’s financial isolation by deciding to shut the country out of its emerging markets index, while FTSE Russell said Russia would be removed from all its indices.

The rouble pared some losses after slumping to new record lows against the dollar and euro. The currency was flat by day’s end on Moscow exchange at 106.01 after hitting an all-time low of 118.35 in thin and volatile trade.

In Asia, the rush to commodities lifted resource-rich Australian stocks.

Overnight in Asia, Japan’s Nikkei managed a 0.7% gain, while MSCI’s broadest index of Asia-Pacific shares outside Japan nudged up 0.39%.

Stocks in biggest weekly loss since 2020 on interest-rate worries