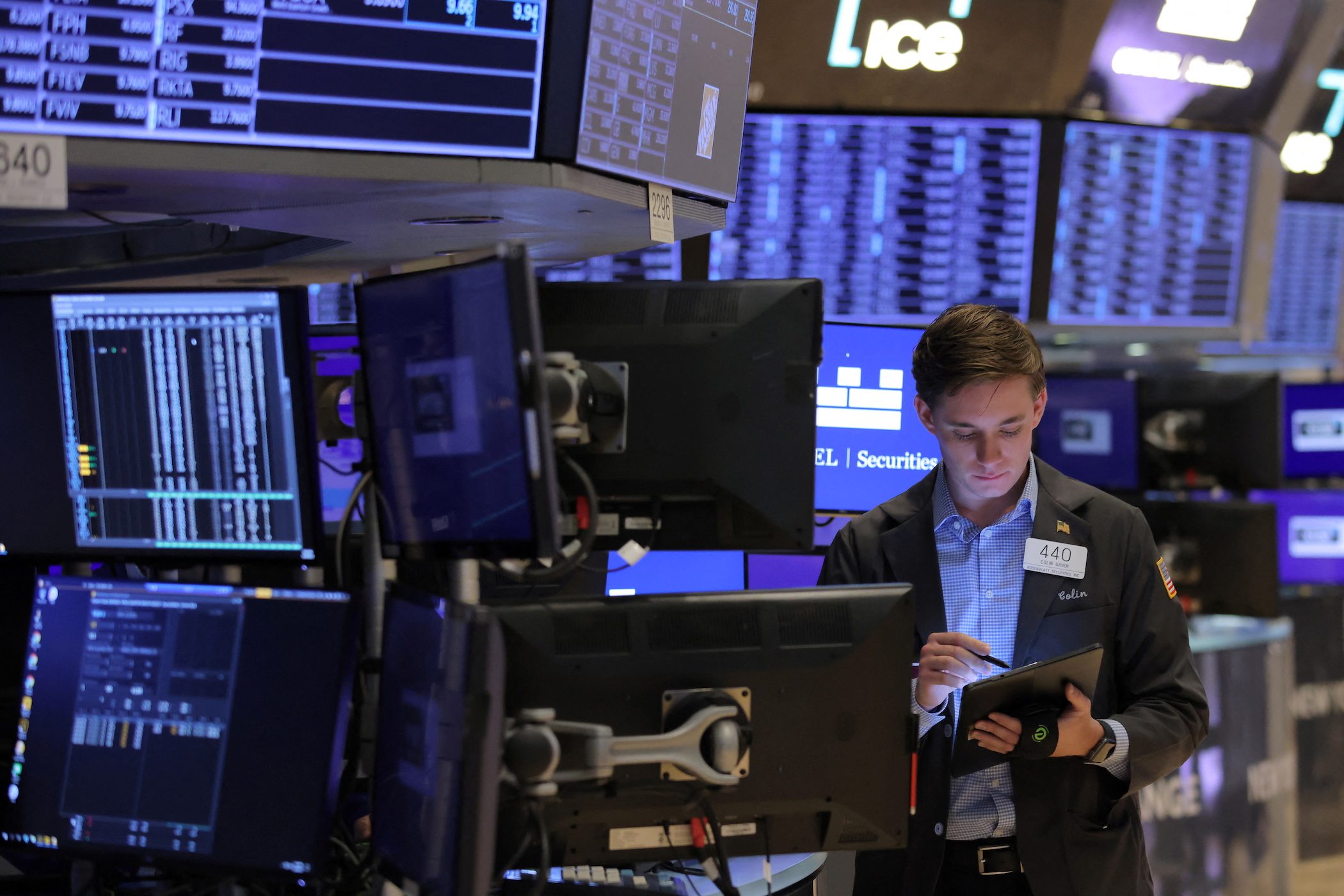 STOCKS. A trader works on the trading floor at the New York Stock Exchange in Manhattan, New York City, May 20, 2022.

Facebook Twitter Copy URL
Copied
Wall Street ends higher on Wednesday, May 25, as investors are heartened by the fact that policymakers at the Federal Reserve unanimously feel the US economy is very strong

NEW YORK, USA – Global shares rose on Wednesday, May 25, after notes from the US Federal Reserve‘s early May meeting showed a strong likelihood that the world’s most powerful central bank will approve two more half-percentage-point rate hikes in coming months.

Wall Street ended higher as investors were heartened by the fact that policymakers at the Fed unanimously felt the US economy was very strong as they grappled with reining in inflation without triggering a recession.

All participants at the Fed’s May 3-4 meeting backed a half-percentage-point rate increase – the first of that size in more than 20 years – and “most participants” judged that further hikes of that magnitude would “likely be appropriate” at the Fed’s policy meetings in June and July, according to minutes from the meeting.

Earlier on Wednesday, the Reserve Bank of New Zealand raised interest rates by half a point. While that move was expected the RBNZ warned bigger and faster hikes may become necessary.

Investors still fear that rate hikes could bring the world’s largest economy to a standstill.

Nicholas Colas, cofounder of DataTrek Research, said the US markets, which have whipsawed in recent weeks, will bottom once the Fed indicates inflation has started to ease.

“The Fed is using stock prices as a primary tool in their fight against inflation,” Colas wrote in a note Wednesday. “Lower stock prices tell companies to stop hiring so aggressively and feeding wage inflation. They also create a reverse wealth effect, which should curtail consumer spending.”

New home sales in the United States fell 16.6% month-on-month in April, the largest decline in nine years, and new orders for US-made capital goods rose less than expected in April.

The drop in capital goods orders pointed to some moderation in business spending on equipment early in the second quarter, and headwinds are growing from rising interest rates and tightening financial conditions.

The yield on 10-year Treasury notes slipped 1.5 basis points to 2.745% after falling in the morning to 2.708%, a low last seen March 14. The two-year US Treasury yield, which typically moves in step with interest rate expectations, was down 1.5 basis points at 2.506%.

Investors in Asia had remained nervous about growth being impacted by the effects of persistent Chinese COVID-19 lockdowns, which threaten to undermine recent stimulus measures in the world’s second largest economy.

Brent crude futures for July settled up 47 cents at $114.03 a barrel, while US West Texas Intermediate crude for July delivery ended up 56 cents to $110.33 a barrel. – Rappler.com