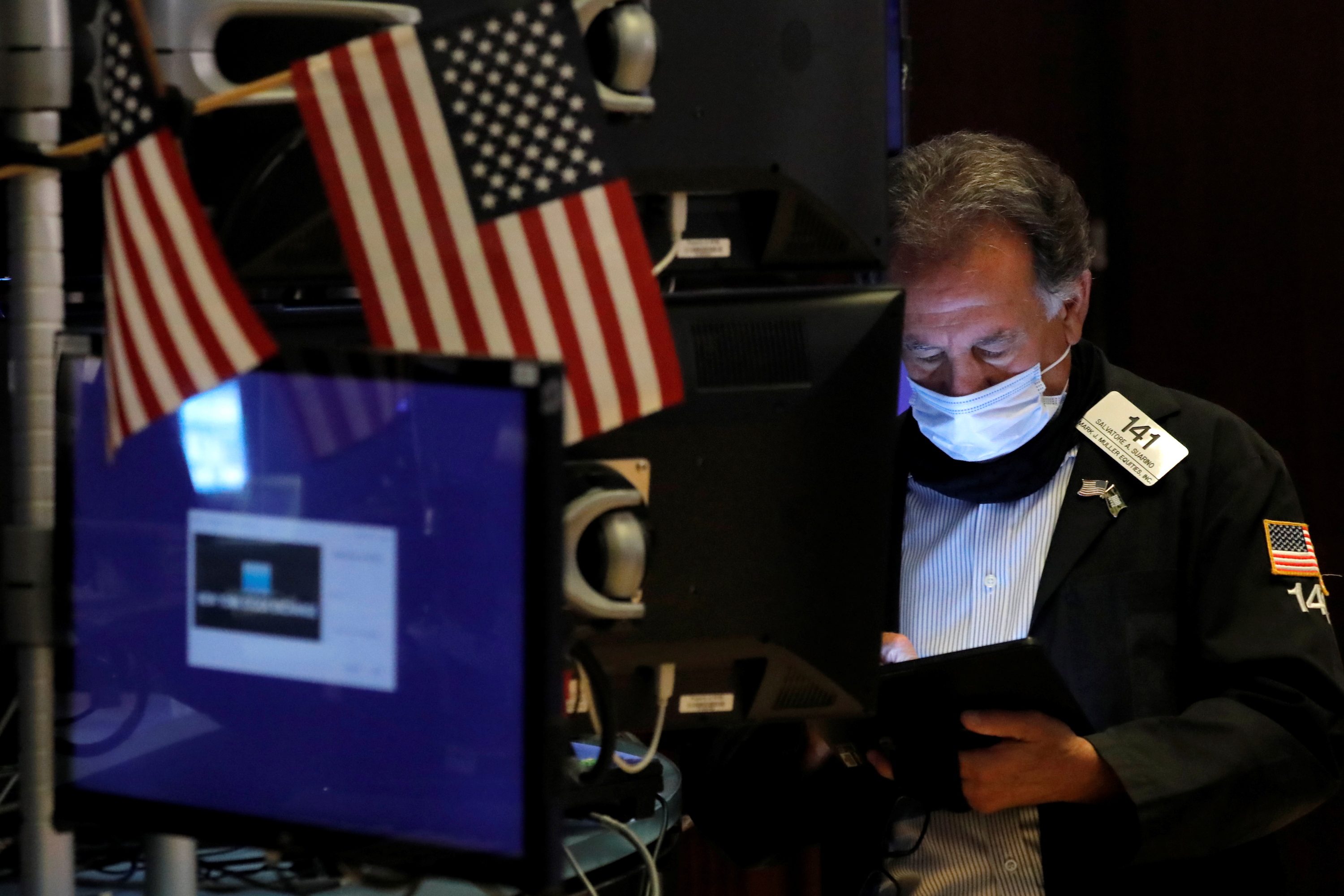 NYSE. A trader works on the floor at the New York Stock Exchange in Manhattan, New York City, August 4, 2021.

Record-setting world stocks moved higher on Thursday, September 2, after jobless claims data suggested the US labor market was charging ahead even as new COVID-19 infections surge, while the risk of an upcoming subpar US payrolls report weighed on the dollar.

Economic data from Asia and Europe was largely disappointing but the Labor Department report showed the number of Americans filing new claims for jobless benefits fell last week to a pandemic-era low.

The decline in layoffs to their lowest in more than 24 years helped ease concerns about the state of the US economy even if the closely watched employment report for August on Friday, September 3, shows a slowdown in nonfarm payrolls growth.

“Right now the economic data is headed in the right direction,” said Ed Moya, senior market analyst at foreign exchange brokerage OANDA. “There’s strong optimism the Delta variant is not going to disrupt the economy – at least not as we saw the economy disrupted before.”

Energy-led value, up about 0.63%, outpaced a 0.03% gain in growth as Facebook, Google parent Alphabet, and Amazon.com fell, the latest twist in the ever-changing market leadership.

“We don’t really have anything that you can hang your hat on and say this is where we’re going, this is the sector that I need to be involved in,” said JJ Kinahan, chief market strategist at TD Ameritrade.

“You’re going to continue to see this back-and-forth type of trade,” he said.

The hawkish comments were in contrast to the Bank of Japan, which has shown no sign of tapering its massive purchases as the economy remains mired in a decades-long battle with deflation.

Japan lays out growth strategy priorities ahead of elections US Treasury yields drifted lower as the market remained on hold ahead of the government’s closely watched employment data on Friday, which could break yields out of a tight range.

Aluminium prices rose to a 10-year high on growing concerns that restrictions on Chinese production of the metal are causing supply shortages.

Oil rose more than $1, supported by optimism about the pace of the economic recovery from the pandemic, a sharp decline in US crude stocks, and a weaker dollar.