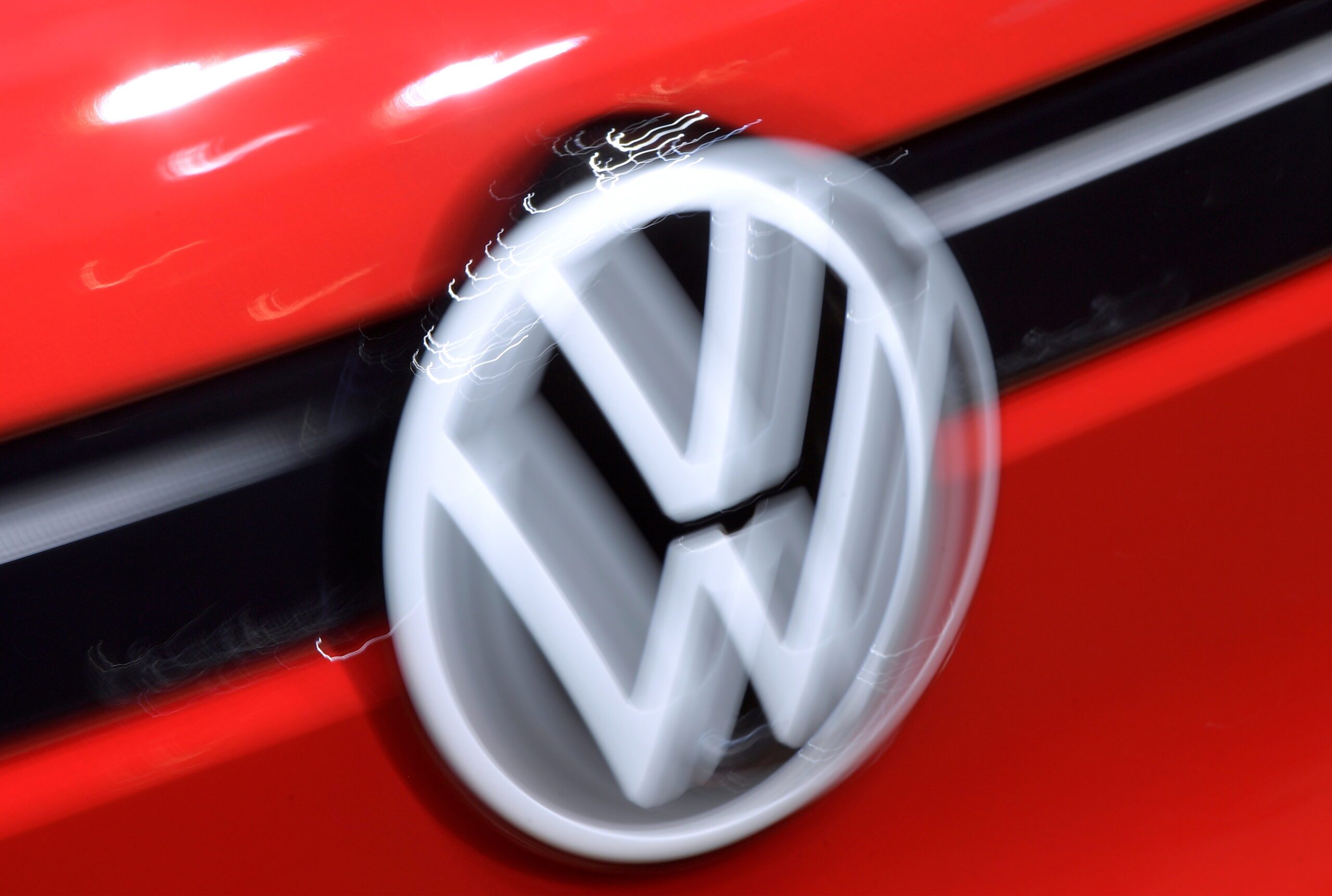 VOLKSWAGEN. The VW logo is seen as German carmaker Volkswagen presents its electric ID.5, an E-SUV, in Dresden, Germany, November 3, 2021.

Schmall, who is in charge of technology at Europe’s largest carmaker, said in an interview at the Reuters Next conference that Volkswagen would seek outside partners to fund it.

“We are talking about 25 to 30 billion [euros]…including the vertical chain of raw materials, not only the factories,” the 57-year-old said, adding VW would not have to take the lead on funding and was not aiming for a 50/50 investment split.

“It depends on the partnership model we will establish in the next months. We’re open to discuss it. For us it’s necessary that we can control…the technology road map, the timing, the costs, and the availability to enable our rollout.”

Schmall is overseeing Volkswagen’s ambitious plan to build six large battery cell plants in Europe by the end of the decade, a strategic pillar in its bid to overtake Tesla and become the world’s top electric vehicles seller.

Sweden’s Northvolt, the first plant in which Volkswagen owns a fifth, will start production premium cells for the German carmaker from 2023. The second plant, to be built jointly with China’s Gotion High-Tech in Salzgitter, is to start in 2025.

Four more plants will follow by the end of the decade, most likely in Spain, eastern Europe, and two additional locations that have so far not been disclosed.

Costs will be 1 billion to 2 billion euros per plant while capacity will range from 40 up to a maximum of 80 gigawatt hours (GWh), depending on the chemistry as well as whether enough energy supplies are available, Schmall said.

“We have some natural limits in the availability of utilities, energy, water,” he said.

But production capacity is only one part of the equation, Schmall said, adding that Volkswagen also had to make sure it gets enough raw materials, such as lithium and nickel.

This requires a more proactive approach and Schmall said that Volkswagen was looking to strike partnerships, with cooperation announcements due “in some weeks.”

Volkswagen, which plans to submit its next five-year investment plan to the supervisory board on December 9, is pursuing a mix of strategies, which might even include becoming a shareholder in a mining firm.

“You will see the full range,” Schmall said, also referring to fixed and mixed price contracts with suppliers. “You have to tailor-fit solutions, necessarily, to specific raw materials.”

This also requires making sure that materials are procured sustainably, which, in Volkswagen’s case, includes transparency reports, supplier ratings, and efforts to phase out some materials, most notably cobalt.

In the end, Schmall said, the goal was to ensure that the full production chain was sustainable, adding that producing electric vehicles alone was not enough for Volkswagen, which is aiming to be carbon neutral by 2050 at the latest.

“And this altogether brings us in this closed loop and hopefully show you that we are taking care from the beginning on, from the first step, from the mining process, to be sustainable, until the last point of battery lives and car lives and recycling,” he said. – Rappler.com