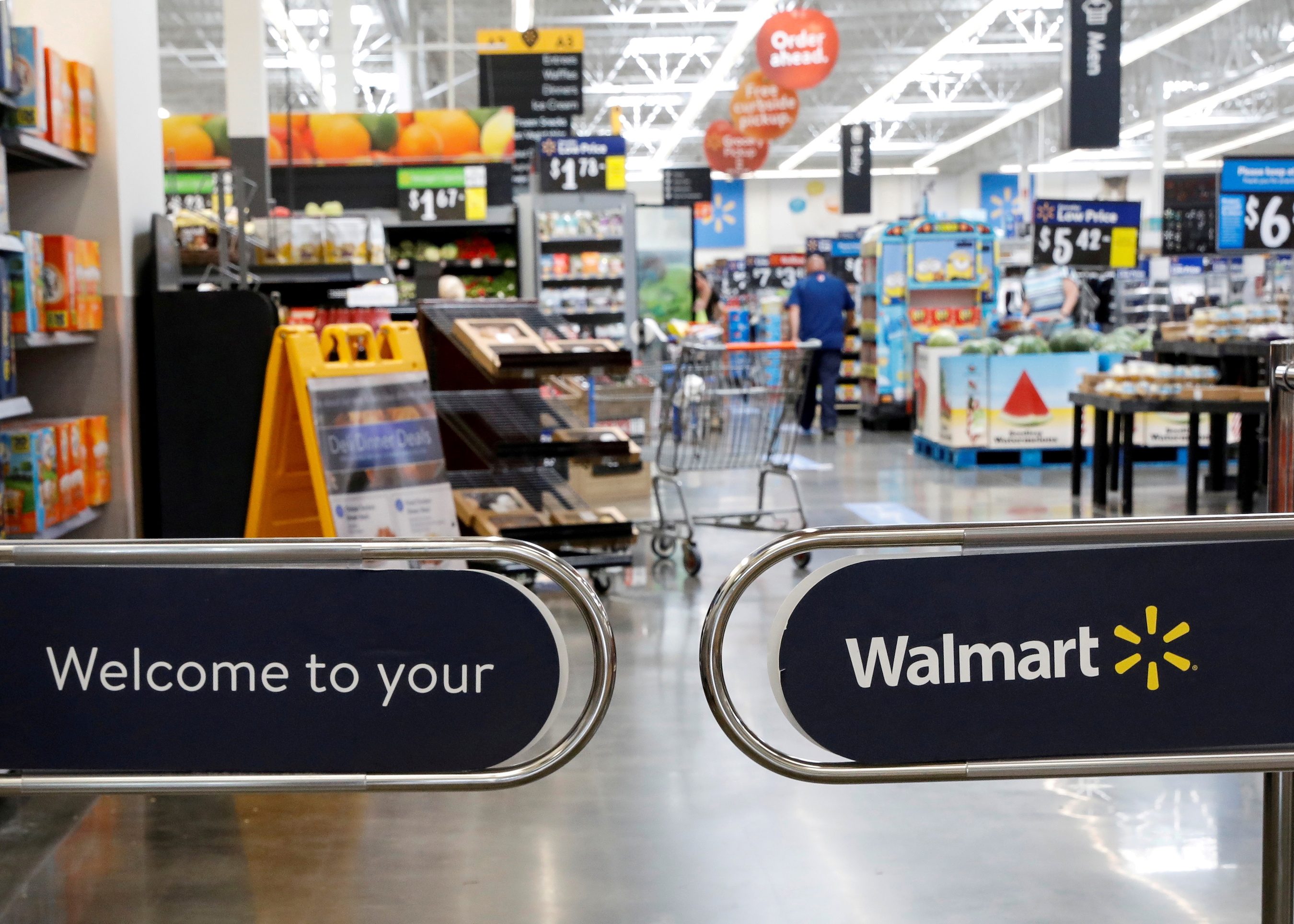 WALMART. The entrance to a Walmart store is seen in Bradford, Pennsylvania, July 20, 2020.

Walmart‘s move on Thursday, September 2, to give 565,000 of its US store workers raises of at least $1 puts the spotlight on the industry’s tight, competitive labor market as the all-important holiday shopping season is set to kick off.

Worth nearly $800 billion last year in the United States alone, the holidays mark the busiest time of the year for stores, making up a majority of their annual sales as people shop on and around Black Friday, Cyber Monday, and Christmas.

Retailers hire tens of thousands of temporary workers across the country to keep up with crowds of people in stores and online, paying competitive wages and offering benefits. Last year, for instance, big-box rival Target provided a coronavirus health plan and paid workers $15 an hour, versus $13 an hour in 2019.

But a nationwide worker shortage due to the COVID-19 pandemic has retailers concerned they will not have enough workers in stores and warehouses to handle extra sales online and in stores.

“The biggest challenge for retailers going into the holiday season is going to be how do they get the sales associates and the warehouse workers in position to fulfill demand,” said Greg Portell, lead partner in the global consumer practice of consultancy Kearney.

With its third wage hike over the past year, Walmart’s US average hourly wage is now $16.40, Walmart US chief executive John Furner said in a memo to staff. The mean hourly wage for retail salespeople is $14.87, according to the US Bureau of Labor Statistics.

The hike in pay wasn’t enough for some workers who have long fought for more money.

“When Walmart touts its average pay at $16.40 an hour, it distracts from the reality that its business model still relies on poverty wages,” said Cynthia Murray, 65, a 20-year Walmart worker from Laurel, Maryland, and a member of labor group United for Respect.

Murray called for Walmart’s minimum wage to increase to $15 an hour at minimum, at a time when workers face ongoing risk of contracting the virus.

For others, however, it’s not all about pay.

In July, Walmart said it would pay 100% of college tuition and book costs for its associates.

That policy is what is keeping Cincinnati, Ohio-based Jacob, 19, around as the retailer pays his tuition for a correspondence course in business administration at Southern New Hampshire University.

“Once I graduate college, I do plan on finding a better job,” said Jacob, who declined to provide his last name out of fear of losing his job.

‘Back into the harness’

The news comes days before the national end of federal unemployment benefits, which has been anticipated by employers who hope a lot of people once scared by COVID-19 will return to the workforce.

“This is significant. I mean, if you look at it in percentage terms it’s not much, but this is Walmart – they don’t really do this,” said Kenneth Dau-Schmidt, professor of labor and employment law at Indiana University Bloomington. “Companies are having trouble getting people back into the harness after being out for so long and this is another sign that the labor market is readjusting.”

Smaller retailers aren’t immune to the issue either. Chicago’s Abt Electronics, a household name in Illinois, said it has raised its minimum wage by just over 10%.

Worker wages and benefits are the most expensive operational cost for many retailers, whose workers have long fought for higher wages through unions and organizations including Fight for $15.

Unions have shone a spotlight this year on pay in the industry, an issue that received tremendous attention after an attempt by Amazon workers to organize at a warehouse in Alabama. A Reuters analysis of two decades of wage data showed earlier this year that workers in unions reap higher wages.

Walmart, which is not unionized, raised pay for more than 425,000 stocking and digital associates earlier this year. It said on Wednesday, September 1, it plans to hire 20,000 workers at its supply chain division.

Dollar General said this week it is looking to hire more workers and truck drivers to whom it is offering a $5,000 sign-on bonus. Target, Best Buy, and other major retailers have yet to announce any holiday wage increases or benefits. – Rappler.com