Walmart sweetens pay for most US hourly workers on the coasts 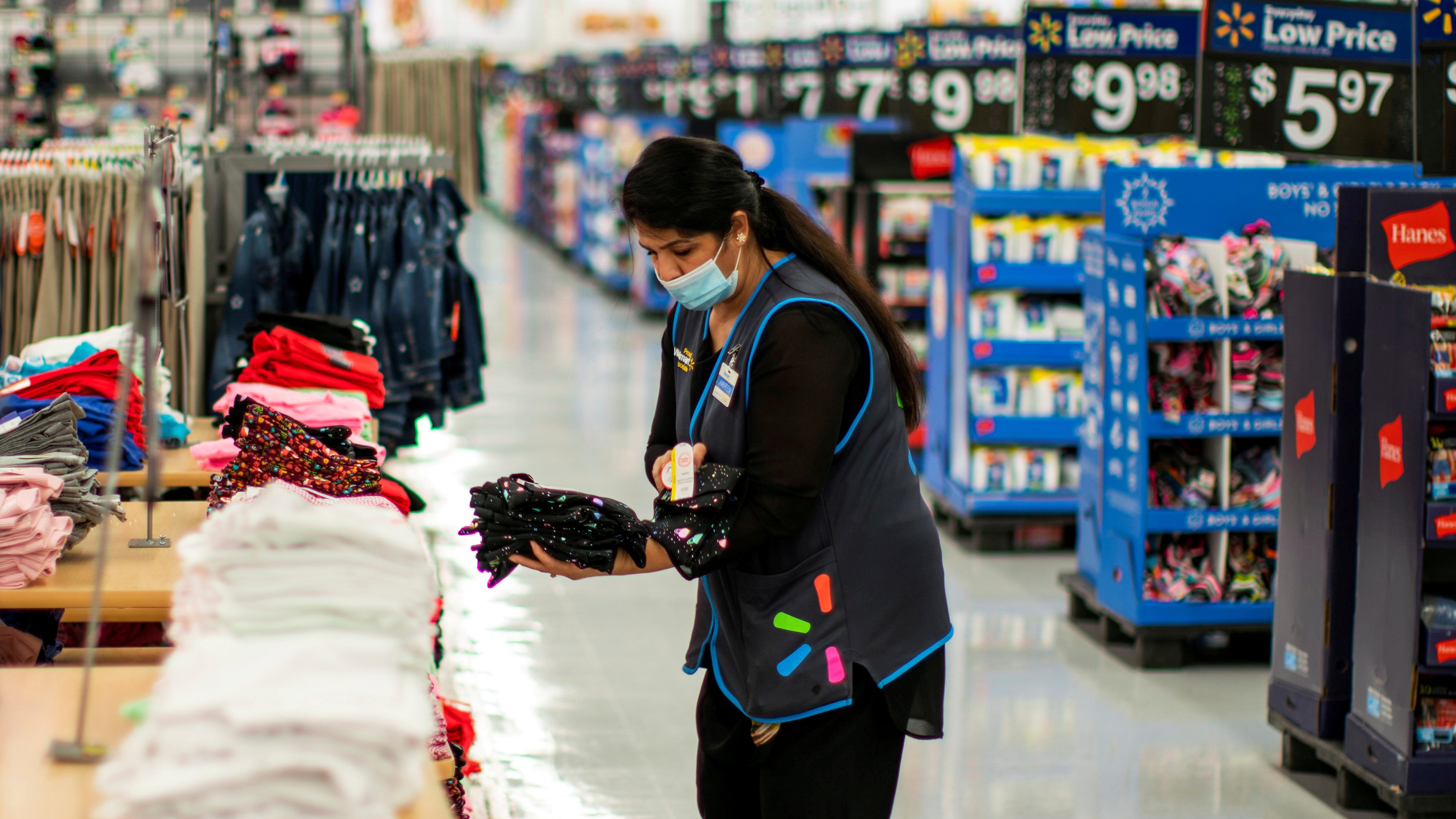 WALMART. A worker is seen wearing a mask while organizing merchandise at a Walmart store in North Brunswick, New Jersey, July 20, 2020.

Facebook Twitter Copy URL
Copied
The 'majority' of Walmart's digital and stocking workers on the east and west coast will be paid a minimum of between $15 and $19 an hour, depending on their role

Many Walmart hourly workers will collect bigger paychecks on the United States east and west coast markets where the cost of living is higher and competition for labor among retailers is more intense, the company told Reuters on Tuesday, March 2.

The world’s biggest retailer also said it has seen a slight increase in job applications for digital and stocking roles, mostly internally. “[This] tells us that we’re becoming more competitive for this type of work,” said Drew Holler, Walmart’s head of people operations.

Walmart said last month that it plans to raise average pay for US hourly workers to at least $15.25 an hour, focusing on digital fulfillment and stocking workers who will receive a starting wage of $13 to $19 an hour from March 13, as America’s biggest private employer looks to retain labor to support its fast-growing online business.

“Not everywhere in the nation is the same from a pay perspective…. Where we’re competitive is on the coast,” Holler said. “In the middle of the country, to be competitive, it’s a little bit different.”

The “majority” of Walmart’s digital and stocking workers on the east and west coast will be paid a minimum of between $15 and $19 an hour, depending on their role, he said. The company previously said it is raising wages for 425,000 US stocking and digital workers, who fulfill local online and curbside pickup orders.

A nationwide movement to increase the minimum wage has gathered new momentum with President Joe Biden reiterating his support for a base wage hike.

Costco Wholesale Corporation said last week that it is raising the minimum wage for its hourly staff to $16.

Walmart is often criticized for paying less than rivals including Amazon, Kroger, and Target, which pay workers at least $15 an hour nationwide. Walmart has also taken heat for years because thousands of its workers are under the poverty line.

When asked to comment on its critics, Walmart said some of its workers make as much as $30 an hour, and that its competitive edge is in benefits like training, academic opportunities, and medical and dental insurance. The company has 1.5 million associates in the United States.

Drew Board, an online pickup worker who lives 45 minutes from Charlotte, North Carolina, received a raise and will get $1 more than the $13.15 an hour he is currently paid.

“If I was in another position, Walmart would be less attractive to me, considering that Target and Amazon are already paying $15 an hour,” said Board, 23, who drives nearly an hour each day to a Walmart Supercenter in Albemarle, North Carolina, from Salisbury. An hour in the other direction is an Amazon Sort Center that has, in the past, lured Board’s colleagues away from Walmart. – Rappler.com