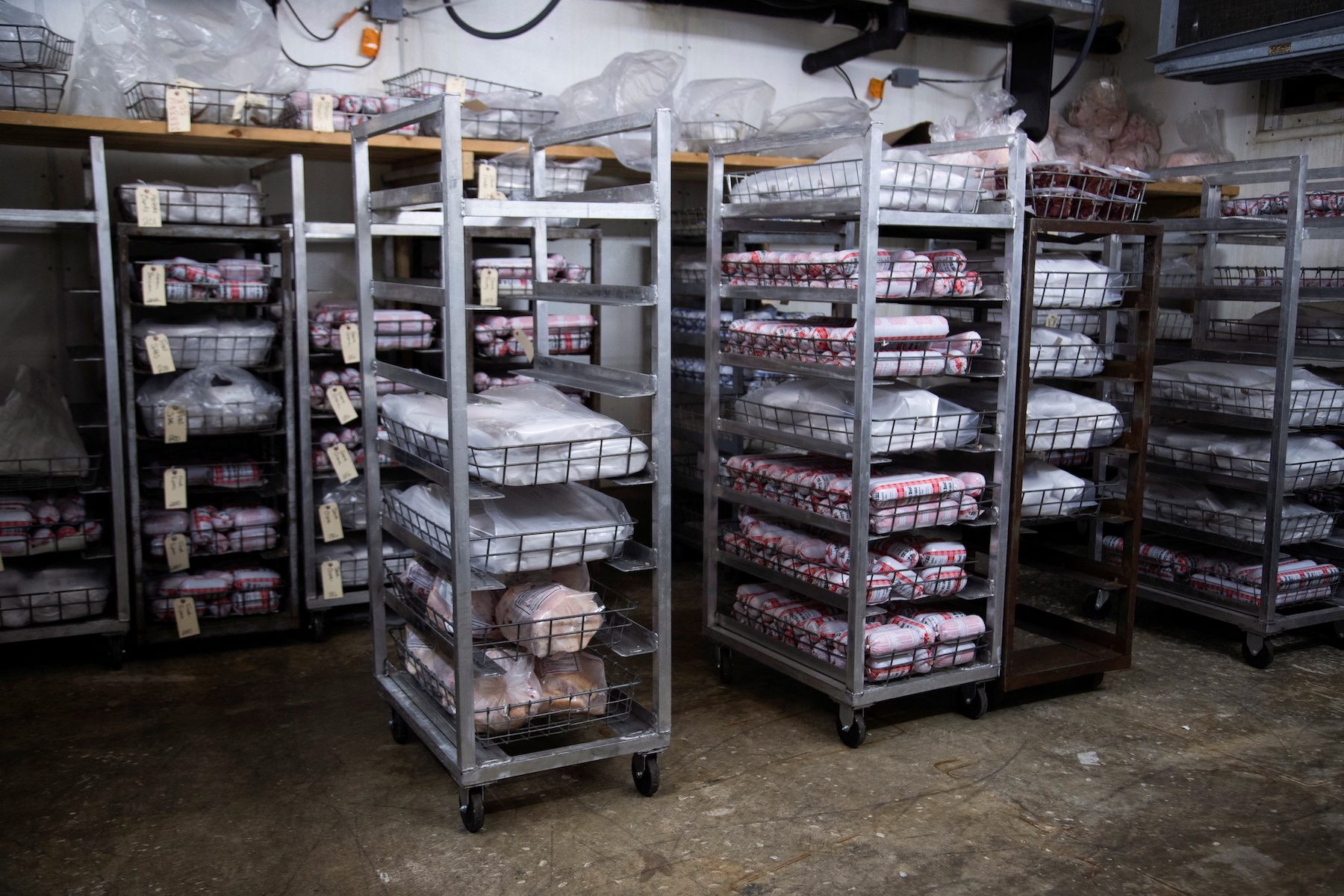 SUPPLY CHAIN. Stacked processed meat is seen at the First Capitol Meat Processing plant amid shortages of animal products due to supply chain issues created by the coronavirus pandemic, in Corydon, Indiana, January 31, 2022.

Senior administration officials said the United States had made good progress since President Joe Biden signed an executive order one year ago that kicked off efforts to bolster domestic production of semiconductor chips, batteries for electric vehicles, rare earth minerals, and pharmaceuticals.

But they said more work was needed to address lingering supply chain challenges and strengthen the domestic industrial base – a process they said would yield some short-term gains but was also focused on longer-term structural changes.

Biden has been personally focused on rebuilding US supply chains after acute supply shortages at the start of the COVID-19 pandemic squeezed the availability of masks, gloves, and other personal protective equipment, and a dearth of semiconductors jacked up the cost of cars and sent inflation to 40-year highs.

While the push is aimed at yanking back from China the production of technology and other goods once dominated by the United States, it is also meant to make US supply chains more resilient to climate change and other disruptions, natural or man-made, one of the officials said.

Seven Cabinet agencies were due to publish six reports mapping out plans to address weaknesses in some of the nation’s most crucial supply chains, including transportation, health care, defense, and food, the White House said.

One common thread is the need to help small and medium-sized businesses compete and break up the domination by a few large corporations of businesses including meatpacking and distribution, the White House said.