MANILA, Philippines – Workers in the business process outsourcing (BPO) industry whose firms are in ecozones will brave traffic once more alongside soaring fuel prices, after the government refused to extend work-from-home arrangements previously set at the onset of the pandemic.

PEZA-accredited companies need at least 90% of their workers to be on-site by April 1. Otherwise, they lose tax perks.

“The [work-from-home] arrangement is only a time-bound, temporary measure adopted during the surge of the COVID-19 pandemic. Given the increasing vaccination rate of Filipinos nationwide, we can now undertake safe measures for physical reporting of employees, including those working in the IT-BPM firms operating within ecozones and freeports,” said Finance Secretary Carlos Dominguez III. 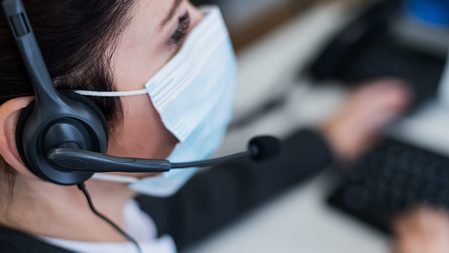 Dominguez added that the BPO workers’ return to offices would help small businesses, including restaurants and other establishments, recover from the economic downturn.

But the BPO industry, the largest employer in the private sector, has argued that work-from-home arrangements helped create jobs during the pandemic.

Workers have also embraced remote work, with the daily commute and traffic no longer among their worries.

Oil prices have risen due to Russia’s war on Ukraine, with Philippine oil companies implementing their largest price hike to date. Public utility drivers have urged the government to hike fares. – Ralf Rivas and Eirenne Lumasang/Rappler.com