DEMONSTRATION. Activists stage a protest at a gas station in Manila after another increase in oil prices on March 15, 2022.

Facebook Twitter Copy URL
Copied
The Philippine economy is recovering, but the poor are finding it hard to crawl out of the pandemic pit

MANILA, Philippines – As the Philippine economy emerges from the pandemic, not everyone is feeling the recovery amid an inflation storm, mounting public debt, and other global uncertainties.

The World Bank on Wednesday, June 8, said the Philippine economy will likely grow 5.7% in 2022, among the highest in Asia, but noted that external risks may shape the local economic landscape.

Ndiame Diop, World Bank country director for the Philippines, flagged the geopolitical uncertainty brought about by Russia’s invasion of Ukraine, tightening global financial conditions, and weakening growth of the Philippines’ traditional trading partners like the United States and China as among the headwinds for the economy.

Diop added that the Philippines will have to reduce its budget deficit and debt to ensure fiscal sustainability. “In the context of narrowing fiscal space, the authorities can encourage public-private partnerships to sustain improvements in the country’s infrastructure assuming financial risks to the government are managed and the quality of services for the citizens are secured,” Diop said.

Kevin Chua, World Bank senior economist, said the country’s debt is still manageable so far, with a bulk of it long-term, domestic, and peso-denominated.

In May, inflation shot up to 5.4%, and analysts cautioned it has yet to peak. Chua noted that rising prices dampen consumption and worsen poverty.

The World Bank estimated that the direct effects of price variations on poverty show that a 10% increase in the global price of cereals is expected to raise the poverty headcount by 1 percentage point, pushing an additional 1.1 million Filipinos into poverty.

An increase of 10% in energy prices, meanwhile, is estimated to raise the poverty headcount by 0.3 percentage point, equivalent to an additional 329,000 Filipinos in poverty. 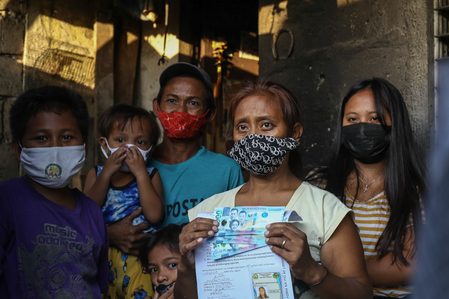 Chua also noted that smaller firms have a higher rate of closures, indicating an uneven economic recovery. Sectors like tourism and storage have yet to revert to pre-pandemic output and income levels.

“Authorities have to use all available policy tools to address inflation, including monetary measures to prevent the de-anchoring of inflation expectations, and supply-side measures such as importation and lower tariffs and non-tariff barriers for important commodities to help augment domestic supplies as needed, and greater support to agriculture production through extension services, seeds, and fertilizer,” said Chua. – Rappler.com