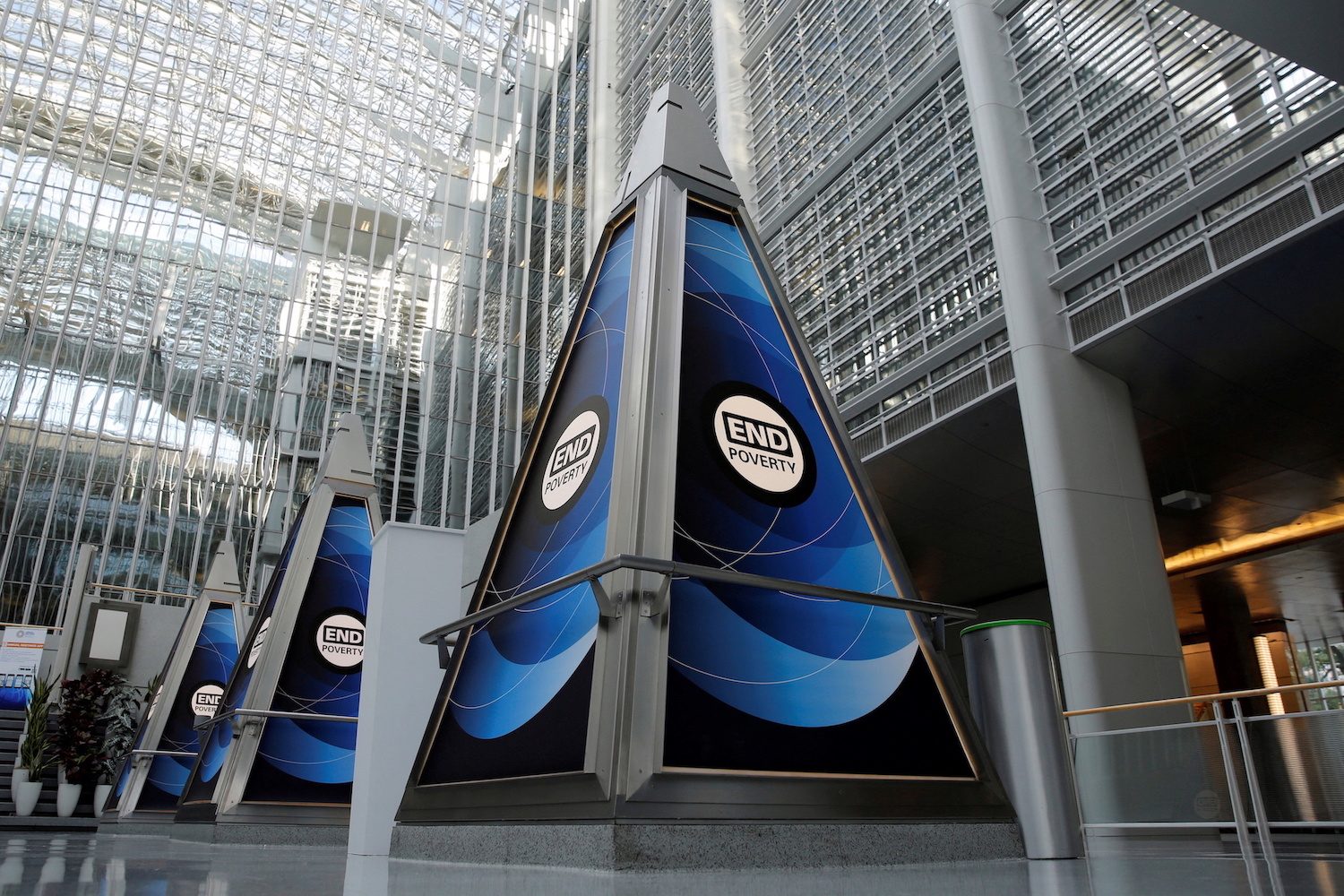 WORLD BANK. An atrium is seen at the World Bank headquarters in Washington, October 14, 2017.

WASHINGTON, USA – Developing countries must quickly strengthen their financial sectors, the World Bank said on Tuesday, February 15, warning that risks were rising along with inflation, interest rates, and lack of transparency about sovereign and private debts.

The World Bank underscored its long-standing concerns about lack of transparency about Chinese lending and collateralized loans in the sovereign debt sector, but also called out growing private sector risks in its latest World Development Report.

The bank’s surveys showed 46% of small and medium-sized businesses in developing countries expected to fall behind on debt payments within six months, but the number was twice as high in some countries, chief economist Carmen Reinhart told Reuters in an interview.

Reinhart said she was keeping a close eye on private sector debt developments in bigger emerging markets like India, South Africa, the Philippines, and Kenya, where more than 65% of small and medium-sized companies expected to be in arrears.

And on the sovereign side, Turkey, whose credit rating was downgraded to “BB-” by ratings agency Fitch last week, had been in crisis for several years and could “well be the straw that broke the camel’s back,” she said.

She said massive fiscal and monetary support, coupled with moratoriums on bank loans and generous forbearance policies, had mitigated the economic crisis triggered by the COVID-19 pandemic, but the consequences were now “coming home to roost” for households and firms.

“What gets you in the end is not so much what you see, but what you don’t see,” she said, warning against complacency about financial health of households and firms. “I’m afraid that in many countries, we’re not even at the recognition stage.”

Many ratings agencies also failed to factor in foreign state-owned enterprises that could raise significant financial risks in low-income and some emerging market countries, it said.

World Bank President David Malpass highlighted risks of spillover effects given the interrelated nature of households, firms, financial sector institutions, and governments. “Private debt could suddenly become public debt, as in many past crises,” he wrote in the foreword to the report.

Malpass and Reinhart expressed disappointment with the Common Framework for dealing with official bilateral debt concerns that was agreed by China, the world’s largest creditor, and other Group of 20 major economies in October 2020.

The pandemic-induced recession of 2020 led to the largest single-year surge in global debt in decades, and 51 countries had their sovereign debt credit rating cut, but the issue had not triggered the urgent action needed, Reinhart said.

Malpass warned that the longer such debt restructuring efforts took, the bigger the “haircut” creditors faced.