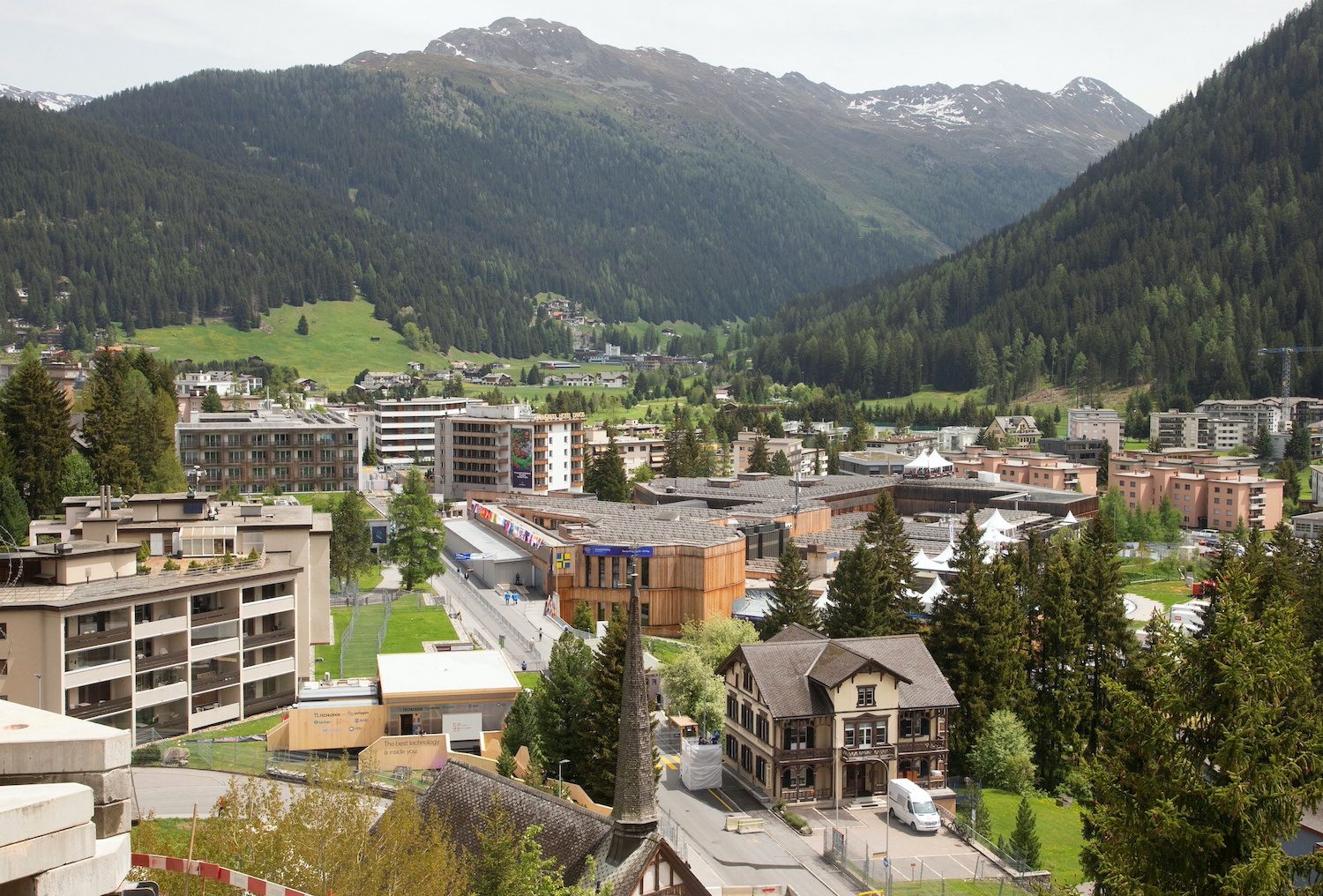 WEF. A general view shows the congress center, the venue of the World Economic Forum Annual Meeting 2022 in the Alpine resort of Davos, Switzerland, May 22, 2022.

Facebook Twitter Copy URL
Copied
By returning to the start of the year, the privately-funded World Economic Forum will hope to regain its place where the global agenda for the months ahead is discussed and in some cases set

DAVOS, Switzerland – The World Economic Forum (WEF) will revert to January for its 2023 annual meeting in the Swiss ski resort of Davos after moving to the spring for the first time due to the coronavirus pandemic.

After a hiatus of more than two years, the annual gathering this year attracted a mix of global political and business leaders, who met amid the usual high security.

By returning to the start of the year, the privately-funded WEF will hope to regain its place where the global agenda for the months ahead is discussed and in some cases set.

For those attending this year’s summit, the main talking points included Russia’s invasion of Ukraine, threats to the global economy, and investment shifts prompted by climate change.

“This is not a place that even the most optimistic person expects to come to and get all the answers. In fact they might leave with more questions. This is the place to build the relationships that lead to long-term engagement and hopefully a focus on strategy,” Nela Richardson, senior vice president and chief economist for HR services firm ADP, said.

Many participants at this year’s event, which wrapped up on Thursday, May 26, have welcomed occasional sunshine, alpine spring flowers, and screeching swifts circling overhead as a welcome change from subzero temperatures and perilous icy sidewalks. Others have missed the winter wonderland atmosphere.

“There’s never been anything like this, walking around not slipping and falling on the ice and bundling up with coats and jackets in the snow, it’s actually fun,” Jay Collins, Citigroup’s vice chairman of banking, capital markets, and advisory, said this week.

“I love winter in Davos, I’ve been doing it for years, but I definitely think springtime has been a nice change,”

The event is scheduled for January 15 to 20 in 2023, provided that there are no problems as a result of COVID-19 or other issues, a WEF official told Reuters.

After a coronavirus-enforced cancellation in 2021 and the postponement of the event from January 2022, many participants asked by Reuters about its relevance said the WEF event remains a unique talking shop.

“The WEF and Davos is a unique forum for leaders from across industry – public, private – from across the globe to come together to talk about some of the most pressing issues that face the globe,” Dave Fredrickson, AstraZeneca’s executive vice-president of oncology, told Reuters this week.

There are also questions about the relevance of the WEF event at a time of global fragmentation and public skepticism.

The final day of the 2022 meeting was marked by a demonstration by activists calling for more urgent action on climate change. Their protest echoed previous ones at the last WEF meeting in January 2020, when Swedish activist Greta Thunberg warned participants that the world was “still on fire.”

A survey by international research agency Glocalities found public mistrust of the WEF just months before the event.

The poll in February and March of more than 26,000 respondents in 25 countries found nearly 4 out of 10 said they did not trust the WEF, compared to slightly fewer than 3 out of 10 who said they did, with the rest undecided.

“The survey data clearly show that trust in the WEF is closely related to the larger crisis of trust,” said Martijn Lampert, research director at Amsterdam-based Glocalities.

But attendees at the event say it has much to offer.