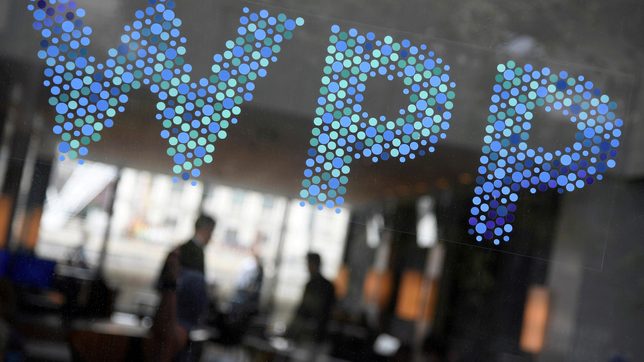 WPP. Signage for WPP, the largest global advertising and public relations agency, at its offices in London, Britain, July 17, 2019.

WPP, the world’s biggest advertising company, has recovered to 2019 business levels a year ahead of plan as clients rush to benefit from a global economic recovery from the pandemic, driving quarterly revenue growth to a record high.

“Clients are seeing a strong economic outlook for the second half of the year and into next year, and they’re choosing to invest in their brands,” chief executive Mark Read told Reuters.

“They’re shifting a lot of money into digital media,” he said. “We’re seeing continued growth in public relations and public affairs given the importance of employee communications and corporate reputation.”

WPP upgraded its full-year underlying sales forecast to growth of 9% to 10%, from a mid-single digit percentage previously, with a headline operating margin towards the upper end of its 13.5% to 14% guidance range.

The British group’s shares, up 58% in the last year, were 3% higher in early deals, topping the FTSE 100 index.

Its strong performance mirrors that of its peers, with Omnicom, IPG, and Publicis all beating quarterly forecasts.

Notable wins on the creative side of the business included Absolut vodka and Sam’s Club, Read said, while on the media side it had picked up Bumble and JP Morgan Chase.

Read, who has sought to meet clients’ demands by combining WPP’s digital and data capabilities with its creative work, said he had increased investment in staff.

“We’re really focused on hiring top creative and technology talent, but we are having to reward our people,” he said.

“Last year was a tough year for many of our people, and so we are putting through salary increases as the year goes on and that’s putting some pressure on costs.

“It’s within our budgets, but we are reinvesting in people this year.” – Rappler.com