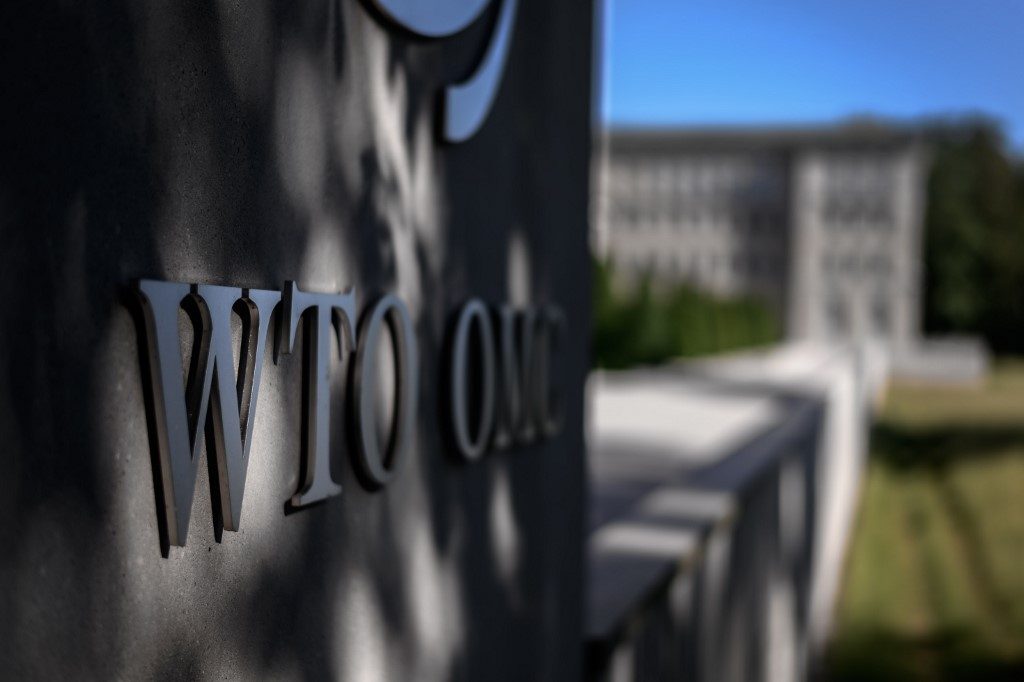 A photo taken on May 28, 2020 in Geneva shows the World Trade Organization (WTO) headquarters at sunrise. - Candidates to succeed Roberto Azevedo as head of the WTO will have one month from June 8 to submit their nominations, the global trade body said following the Brazilian's surprise resignation. (Photo by Fabrice COFFRINI / AFP)

The World Trade Organization (WTO) is stuck in a serious, even existential crisis, leadership candidates said on Wednesday, July 15, as the first wave of contenders made their pitches for the post.

Eight candidates are running for the job of reviving stalled international trade talks and sorting out simmering tensions between the United States and China.

The next WTO director-general will also have to take the helm in the midst of a global economic crisis triggered by the coronavirus pandemic.

The candidates started taking their turns Wednesday before the 164 member states’ representatives at the global trade body’s headquarters in Geneva, in pitches spread over 3 days.

Mexico’s Jesus Seade Kuri, Nigeria’s Ngozi Okonjo-Iweala, and Hamid Mamdouh of Egypt set out their stalls on Wednesday, giving 15-minute presentations before facing a 75-minute grilling over their plans for shaking up the beleaguered WTO.

“There has been an absolute…loss of trust between delegations,” he said.

“That lack of trust makes it more difficult to negotiate,” creating “huge-pent up pressure for issues to be addressed.”

Former diplomat and WTO veteran Mamdouh went even further, saying the organization was going through an “existential crisis,” having lost its common sense of purpose.

The US wants China moved up from the developing economies category, is blocking the WTO’s dispute settlement appeal system, and has threatened to leave the organization altogether.

“Let’s calm down the political tensions and the emotions and let’s come to the WTO and see how we can deal with those differences,” said Mamdouh.

After two months of charming WTO delegates, an elimination process based on consensus starts in September, lasting up to two months.

There are 3 African candidates, 2 from Europe, 2 from Asia, and Seade from the Americas.

Ulianovschi, Yoo, and Mohamed take their turn before the WTO on Thursday, July 16, while Tuwajiri and Fox go on Friday, July 17.

Since the WTO was created in 1995, 3 of its directors-general were from Europe, while 1 each came from Oceania, Asia, and South America.

Africa therefore fancies its chances, even though there is no regional rotation principle at the global trade body – and the continent is yet to throw its weight behind one contender.

“I’m sure Africa will come behind my candidacy.”

But Mamdouh dropped a reminder that he was the only one with the African Union’s express backing.

“The respectable, honorable candidates from Kenya and Nigeria have not passed through the processes and procedures of the African Union as the Egyptian candidate did,” he said.

The WTO is staging a swift contest to replace outgoing director-general Roberto Azevedo.

In a surprise move in mid-May, the Brazilian career diplomat announced he was ending his second 4-year term 12 months early at the end of August for personal reasons. – Rappler.com