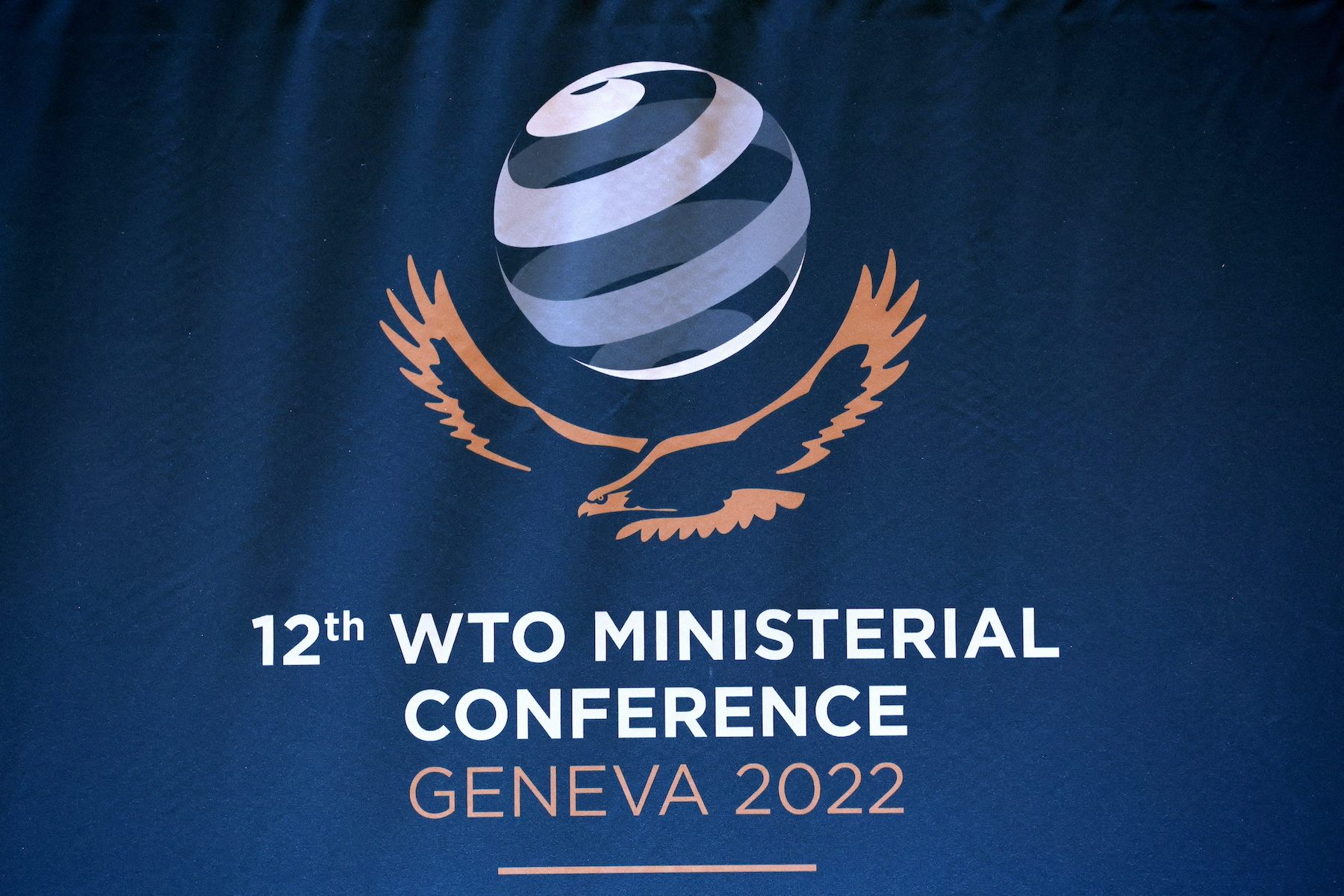 WTO. A logo is pictured at the World Trade Organization headquarters ahead of the Ministerial Conference in Geneva, Switzerland, June 12, 2022.

Facebook Twitter Copy URL
Copied
The International Monetary Fund has said that about 30 countries have restricted exports of food, energy, and other commodities, including India with wheat

The 164-member trade body is seeking to reach two agreements at a major meeting of trade ministers this week in Geneva on steps to alleviate a food crisis that threatens the least developed and most vulnerable countries.

One would be a declaration to keep markets open, not restrict exports, and be more transparent. The other would be a binding decision not to curb exports to the World Food Programme (WFP), which seeks to fight hunger in places hit by conflicts, disasters, and climate change.

The International Monetary Fund has said that about 30 countries have restricted exports of food, energy, and other commodities, including India with wheat.

WTO members expressed broad support for both texts, with the exception of Egypt, India, and Sri Lanka, a WTO spokesperson told a news conference. Previously hesitant Tanzania decided to endorse the texts, the spokesperson added.

Egypt and Sri Lanka, both net food importers, want recognition that their ability to export food might be limited.

India, which has a history of blocking multilateral trade agreements, wants the WTO to allow developing countries to hold food stocks without facing penalties for breaching rules on farm support. WTO members agreed to such a shield in 2013, but only on a temporary basis.

Indian Commerce Minister Piyush Goyal said this was the “topmost priority” for the WTO meeting.

The UN High Commissioner for Human Rights and the Secretary-General of the United Nations Conference on Trade and Development called on WTO members earlier on Monday to refrain from imposing restrictions on exports of essential foodstuffs to vulnerable countries and the WFP.

The situation is particularly acute in Africa, which in 2020 imported about 80% of its food and 92% of its grains. – Rappler.com

WTO chief warns of rocky road to deals amid ‘polycrisis’