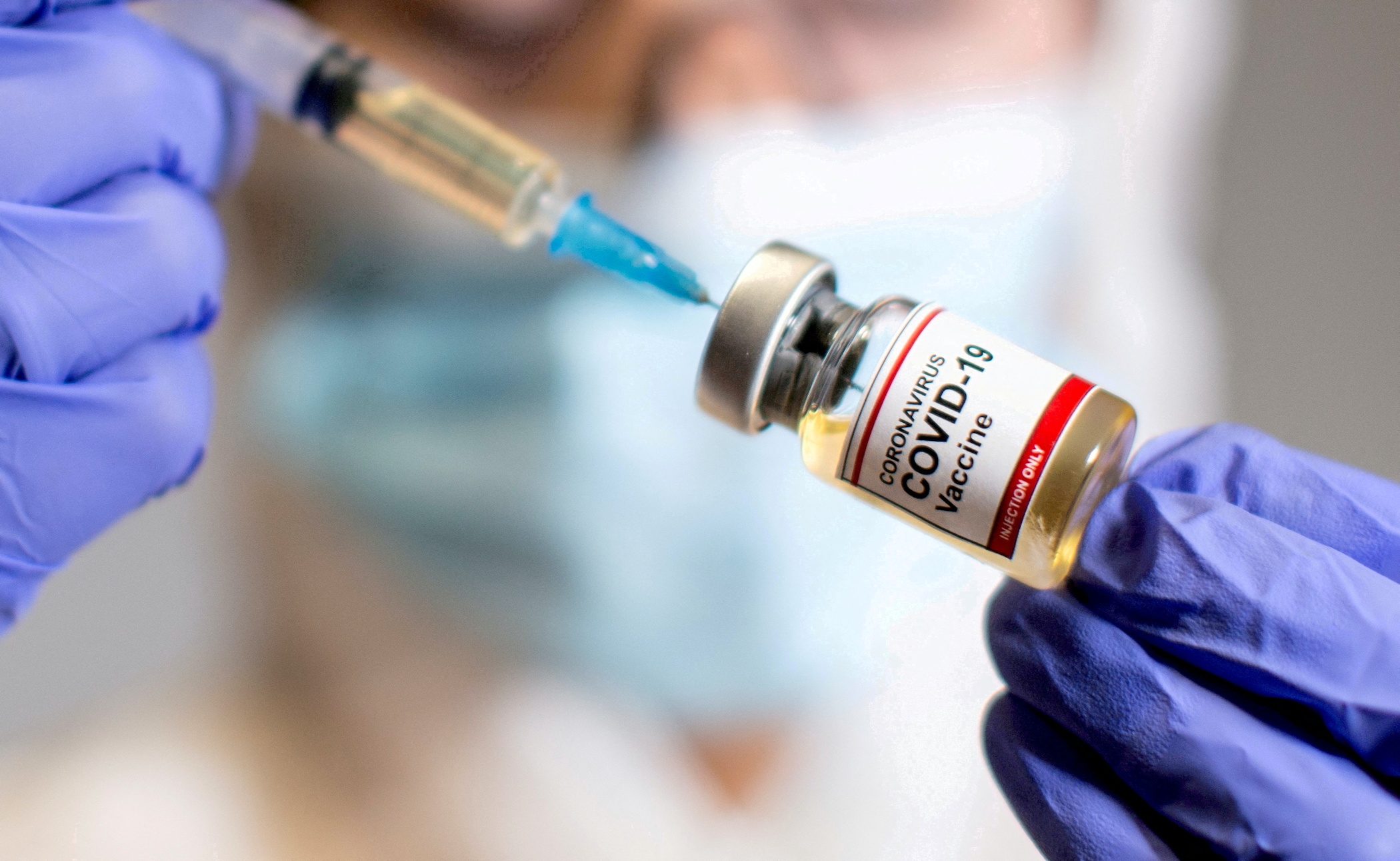 VACCINE. A woman holds a small bottle labeled with a 'Coronavirus COVID-19 Vaccine' sticker and a medical syringe in this illustration taken October 30, 2020.

Facebook Twitter Copy URL
Copied
The compromise proposal, if finalized among the United States, the European Union, India, and South Africa, still needs to be presented to all 164 World Trade Organization members which each hold a veto

GENEVA, Switzerland – The head of the World Trade Organization (WTO) told Reuters on Thursday, April 14, that negotiations on an intellectual property deal for COVID-19 vaccines were ongoing between the four parties, saying they were seeking to agree on the proposal’s final terms.

Since the draft compromise emerged in the media a month ago, pressure from civil society groups has been rising for the parties – the United States, the European Union, India, and South Africa – to walk away from the deal. Other public figures have also criticized it such as German Chancellor Olaf Scholz and former United Nations secretary-general Ban Ki-moon, saying it is too narrowly focused on vaccines.

“People are saying the text is now being rejected. It is not true,” Director-General Ngozi Okonjo-Iweala told Reuters by telephone. “They are still trying to iron out the last things. It’s just the last few tweaks,” she said, without elaborating.

Okonjo-Iweala, who took over the top job a year ago with a mandate to reinvigorate the 27-year-old institution, has been brokering the talks for the past few months in an effort to break a more than yearlong stalemate at the WTO.

India and South Africa, backed by dozens of other WTO members, had proposed a broad waiver of IP rights for COVID-19 drugs and vaccines, but failed to overcome opposition from members like Britain and Switzerland who argued that pharmaceutical research required such protections.

The compromise proposal that Okonjo-Iweala referred to, if finalized among the four negotiators, still needs to be presented to all 164 WTO members which each hold a veto.

No date has yet been fixed for that meeting.

Okonjo-Iweala said in the same interview that she plans to meet US Trade Representative Katherine Tai next week to discuss a ministerial trade conference at the WTO’s Geneva headquarters in June and to brief US Congress. – Rappler.com