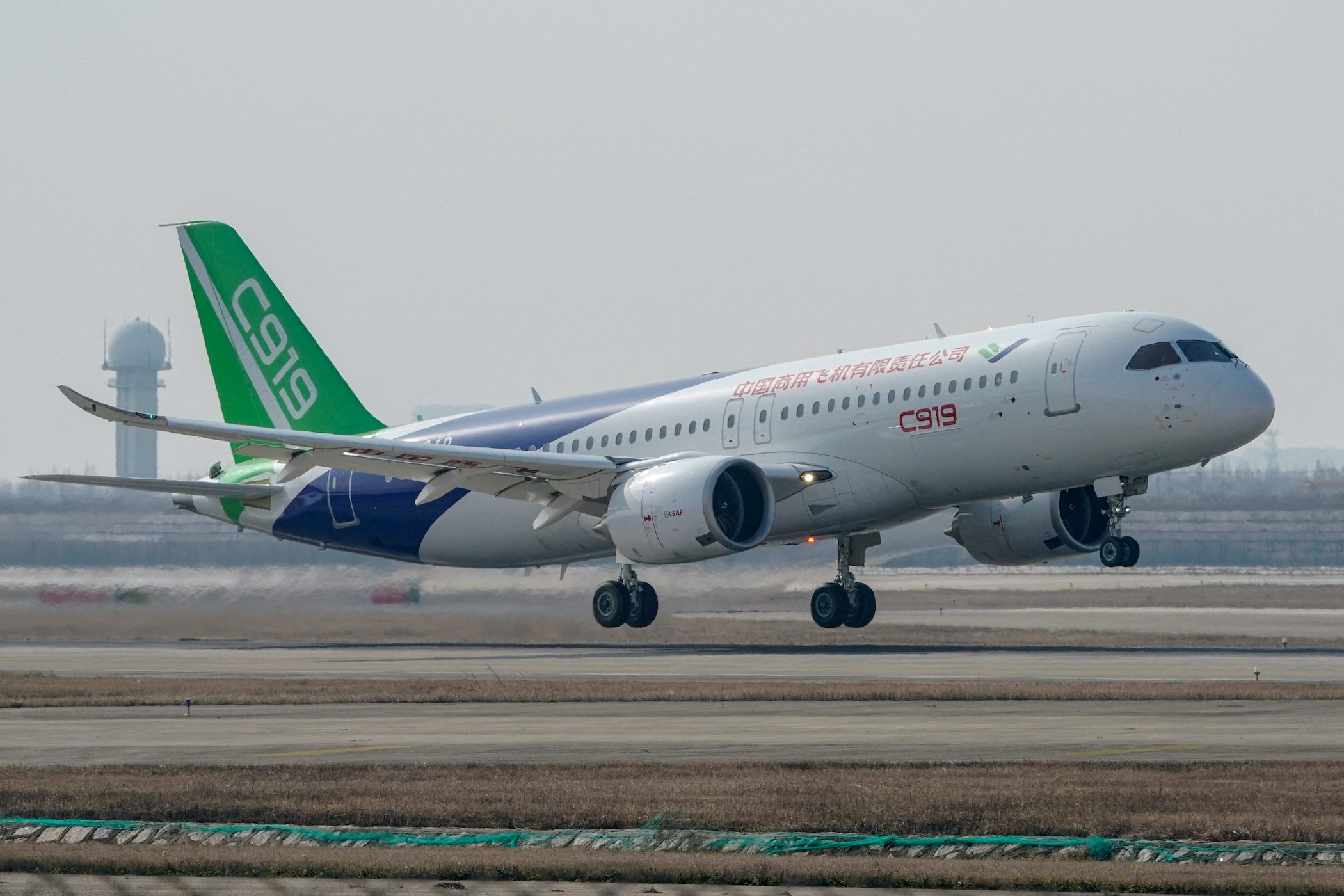 President Xi Jinping hailed the development of China‘s first medium-haul passenger jet as the embodiment of the country’s drive towards self-sufficiency, with safety approval awarded to a plane that aims to challenge Western plane giants for high-tech jetliner sales.

The first C919 aircraft, designed to compete with popular single-aisle models made by Airbus and Boeing, will be delivered by the end of the year, state Xinhua News Agency said.

The news came a day after photos of a safety certification ceremony for the plane were posted on social media.

Xi said the flagship development would “accelerate the construction of a manufacturing powerhouse,” while stressing that China would put safety first, Xinhua reported.

Xi met a delegation of the plane’s developers in the Great Hall of the People and Xinhua quoted him as telling them were they pillars and heroes of the people.

It remains unclear when the plane might be certified by the United States or Europe, opening the way to sales in most foreign markets, but industry analysts say it will be up to a decade before China can seriously tackle the existing Boeing-Airbus duopoly.

Still, the first certification of a non-Western jet in the mainline category in the modern era firmly establishes China as the main future competitor to those two, they say.

Analysts have watched China’s efforts to develop its own commercial aircraft industry as a reflection of longer-term goals in developing self-sufficiency in technology and as an effort to stir patriotism in line with Xi’s “China Dream.”

Xi’s remarks on Friday, September 30, came a day ahead of China’s National Day and represented an opportunity to shift attention away from a slowing economy, a falling Chinese yuan, and unhappiness over China’s COVID-19 controls.

Developed by the Commercial Aircraft Corporation of China (COMAC), the 168-seat C919 aims to compete in the busiest part of the jet market with the Airbus A320neo or the Boeing 737 MAX. Chinese airlines account for about a quarter of the market.

It was originally due to enter service in 2016 but was hit by a series of development delays.

Airbus and Boeing both sent congratulations by social media.

A video report carried by state news agency Xinhua showed a functional cabin with rows of six seats, separated into two groups of three by a single aisle, replicating the layout of an Airbus A320 or Boeing 737: the category in which the C919 aims to compete.

The agency’s TV reporter said it felt “spacious and bright.”

The first airline to receive the aircraft will be China Eastern, state media reported.

An earlier attempt to mimic the Boeing 707 with the Shanghai Y-10 foundered in the 1970s due to an outdated design and never got past prototype stage.

Its more recent regional jet, the ARJ21, has had a slow ramp-up in production and has not been certified outside China.

Although the C919 is assembled in China, it relies heavily on Western components, including engines and avionics, from companies including GE, Safran, and Honeywell International.