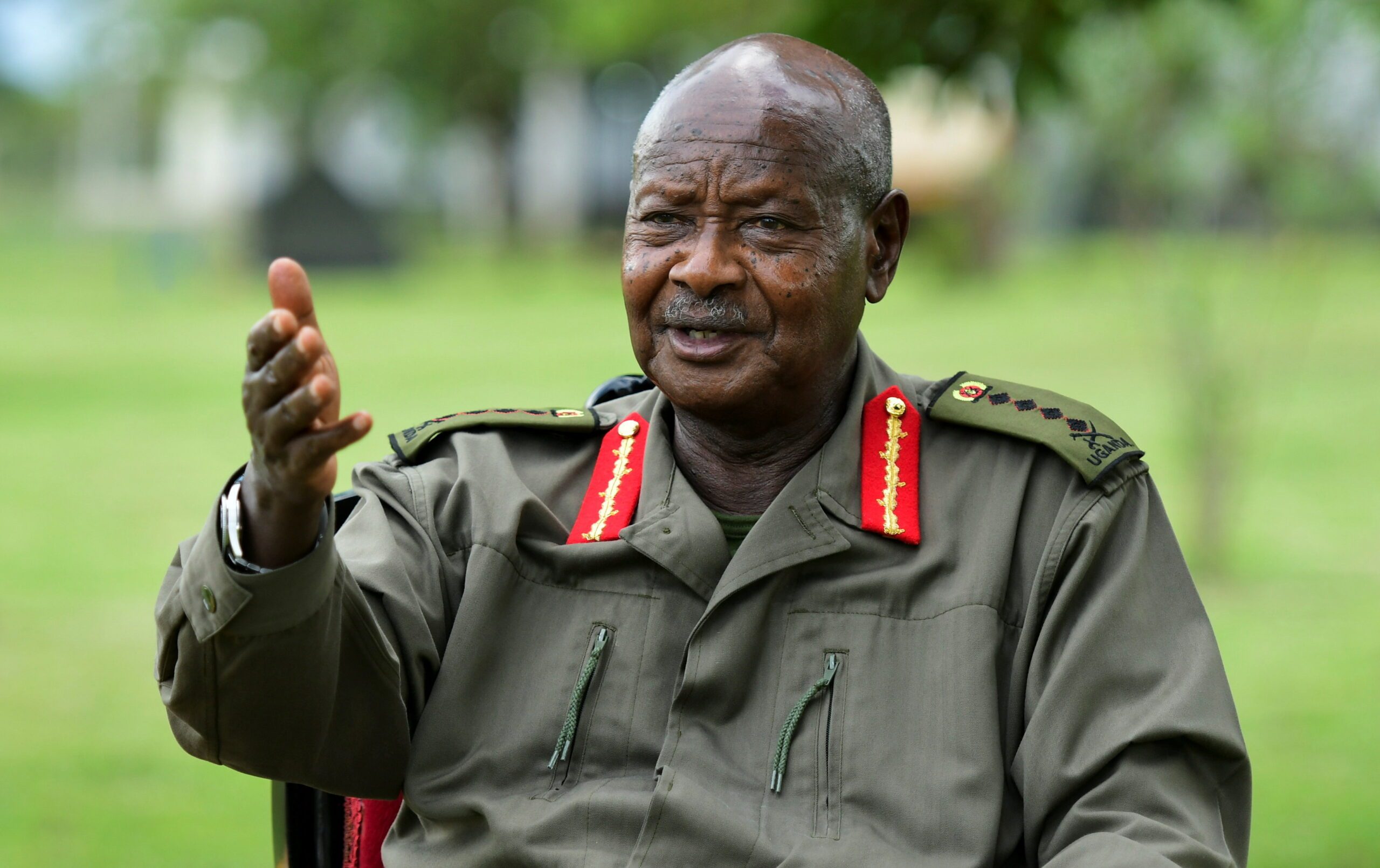 Facebook Twitter Copy URL
Copied
'The Chinese see opportunities, and they come, and they are knocking, they are coming very vigorously,' says Ugandan President Yoweri Museveni

KYANKWANZI, Uganda – Chinese private investment in Uganda is growing while Westerners are losing appetite to put money to work in the country, President Yoweri Museveni told Reuters, pledging to step up efforts to tackle corruption that have made slow progress.

Museveni, in power since 1986 and one of Africa’s longest-serving leaders, said Uganda was working to sign a number of deals with Chinese private sector lenders in sectors such as agro- and fertilizer-processing, minerals processing, and textiles.

Chinese state entities and private-sector firms have long been a driving force of investment in Africa, lending countries on the continent hundreds of billions of dollars as part of President Xi Jinping’s Belt and Road Initiative (BRI).

According to the Uganda Investment Authority, the country ranked third in Africa on foreign direct investment (FDI) from China in recent years.

The ties have not been without conflict, however.

A parliamentary probe in October concluded that China had imposed onerous conditions on a $200-million loan to Kampala, including the potential forfeiture of the East African country’s sole international airport.

“I don’t remember mortgaging the airport for anything,” Museveni said, adding Kampala would pay what it owed to China. “There is no problem, they will be paid.”

Museveni’s administration, seeking to finance its infrastructure construction program and shore up political support, has secured large credit lines from China over the last decade.

Differences over the terms of the contract were also the reason why Kampala had not yet secured a deal with Beijing on the 1,000-kilometer (620-mile) super-fast rail link from Kenya’s port of Mombasa to Uganda, though talks were still ongoing, the president said.

Talking about the fight against corruption, Museveni acknowledged more effort was needed. Transparency International ranked Uganda 142 out of 179 in its 2020 corruption perceptions index.

“We are still fighting. I wouldn’t boast that we have improved – initially we weren’t really concentrating much on corruption,” the 77-year-old said, adding the battle against graft was one of his main priorities for his current and sixth term as president.

His administration was focusing on recruiting from faith groups, of which the country had plenty, to have enough manpower to fight that war on corruption and would provide an assessment of progress on the issue in two years time, he said.

“That is our struggle: to get clean people to implement – otherwise the laws are there, the institutions are there,” Museveni said.

Speaking about the November 16 bombings in Kampala, which killed three people and were blamed on the Islamic State-aligned Allied Democratic Forces (ADF), Museveni said that there was evidence of coordination from abroad with the men who carried out the attack.

The blasts in the heart of the capital shocked a nation known as a bulwark against violent Islamist militants in East Africa, and prompted Museveni to send 1,700 troops into neighboring Democratic Republic of Congo, where the ADF has training camps. But Museveni said foreign links stretched beyond eastern Congo.

“The bombs which they exploded in Kampala recently, we have some indication that they were coordinating with groups in Kenya and in Somalia,” Museveni said. “Maybe not command and control but collaboration.”

He was coordinating the operation with Congo’s president, Museveni said, but he did not answer a question whether there was coordination with Rwanda, which also has security interests in eastern Congo, and which has fought with Ugandan troops there before.

Uganda said on Friday, December 3, that its troops sent this week into eastern Democratic Republic of Congo would stay as long as needed to defeat Islamist militants. – Rappler.com