‘Misterless Misis’ cast on being independent, standing on your own MANILA, Philippines – The members of the cast of TV5’s upcoming show Misterless Misis are themselves independent women excited to portray modern characters who aren’t necessarily going with tradition. Lead stars Ruffa Gutierrez, Gelli de Belen, Lorna Tolentino, and Mitch Valdes recently spoke to reporters at the press conference for the new show. They remarked that so many women have taken upon themselves to be leaders and breadwinners, while at same time, balancing family and personal life. 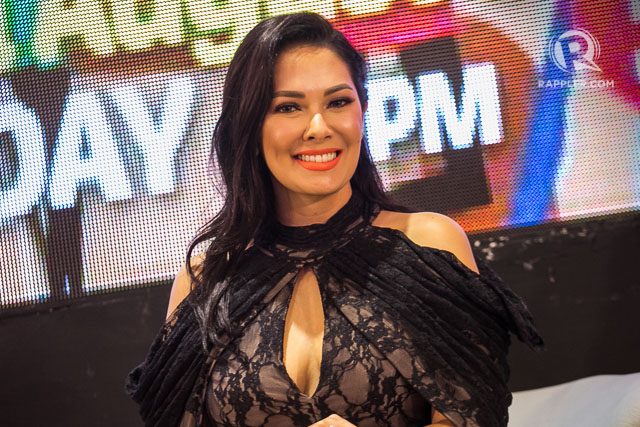 “For me the women of today are getting more and more successful. They’re getting younger. And if you look around you, bihira na talaga yung babaeng nasa bahay lang, umoo na lang sa asawa (it’s rare that women are at home just waiting and saying yes to their husbands), everyone’s very independent, they are all empowered. And that’s how I would like to raise my children.

“So I think pabata nang pabata yung mga kabataan ngayon na gusto maging independent especially sa mga kababaihan (many of today’s youth are getting younger who want to be independent, especially women), and for me I would like to teach my children to be independent and not to rely on a man for anything,” Ruffa said. In the show, Ruffa plays Diana, who is separated from her husband and is hoping to find Mr. Right. Gelli, married to singer Ariel Rivera, believes that women can also be successful not only in their careers but also when it comes to family life. In the show, she is Lisa, a wife of an overseas Filipino worker who tries to make herself busy while her husband is abroad.

(But that’s up to her if she empowers herself with information, education and of course, herself, her whole self. And there are many of us that are like that. Although there are still many women out there that are not empowered by themselves, that’s why there is this kind of a show.) Lorna, whose husband, actor Rudy Fernandez, died in 2008 said that women have proven themselves in higher positions. Lorna takes on the role of Jenny, a career-oriented woman who is jaded about love due to her past.

(There are many women holding higher positions in government, in sports, even in corporations, the major corporations, CEOs…you are really seeing woman power, as we call it. Now it’s really coming out… if it were like 20 years ago, that wasn’t as present then…) Mitch Valdes said that she has seen for herself the evolution of women empowerment and is glad that many women are now doing things by themselves.

“I am the classic example of who was in the era of nung nag-uumpisa pa lang yung women’s movement. At that time it was called feminism in the ’60s, people were very shocked, but the first time I heard the concept of feminism ay naku! Gusto ko agad (I really liked it),” the comedian and singer said.

In Misterless Misis, Mitch plays Elsa, a widow who is still grieving following her husband’s death.

The 4 ladies also shared their concept of happiness.