Aug 27, 2015 12:15 PM PHT
Rappler.com
Facebook Twitter Copy URL
Copied
Will Yaya Dub and Alden Richards ever be together? Read this if you want to catch up on the #AlDub story 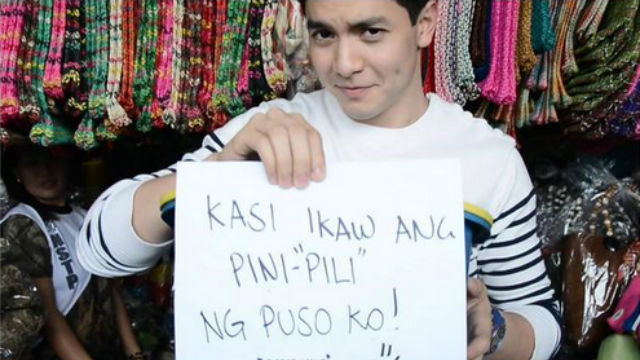 MANILA, Philippines – With hashtag #Aldub constantly trending on social media, there’s no denying Alden and Yaya Dub’s love has the support of many. But with so many fans, what’s preventing the couple from being together?

Aldub is the shortened name for the Alden and Yaya Dub tandem on the noontime show Eat Bulaga, where their story is told through the segment Juan for All, All for Juan with Wally Bayola, Jose Manalo and Paolo Ballesteros. (READ: Yaya Dub actress doing well after fainting during ‘Eat Bulaga’)

Here’s what happened during the tandem’s first month:

A few days after Maine’s fainting episode, Yaya Dub and Alden had the chance to meet, as Yaya was set to perform at the Eat Bulaga studio, as opposed to the segment’s usual street setting.

Unfortunately, Lola Nidora’s meddling got in the way of the two seeing each other: Alden was delayed because Lola said she would only let him see Yaya if he filled a large aquarium with water, and Yaya had to leave the studio in a rush, lest she turn into a giant pumpkin as Lola threatened.

The following week, as the couple celebrated their first monthsary, Lola Nidora issued her first challenge to Alden. She decided to give Alden a set of challenges to force him to give up on courting Yaya. For his first challenge, Alden had to bring a set of firewood to EDSA, where one of Lola’s henchmen will meet him in 20 minutes. Alden completed the task in 17 minutes, but it was only the beginning of Lola’s challenges.

Lola Nidora then fell ill in the August 18 episode, as reported by her granddaughter, Duhrizz (Duh for short). Duh said that Lola Nidora was on her sickbed and her final wish was to see Frankie and Yaya married that Saturday.

Frankie and Yaya were indeed married that Saturday, but it turned out not to be a legitimate wedding. For one thing, the pastor was a fake. For another, Lola revealed that she wasn’t really sick, and the wedding was just a ploy to get Frankie’s money so that she could pay for her Secret Diary’s ransom.

Alden’s second challenge, which came a week after the first, was to get pili tarts from Bicol. He was once again successful.

Lola Nidora’s sister, Tidora, was also introduced to the show. Tidora revealed that she, Nidora and Yaya Dub’s mother are triplets – which makes Yaya the niece of Nidora and Tidora.

If you haven’t kept up with the tandem from the beginning, here’s what happened until their 3rd weeksary: 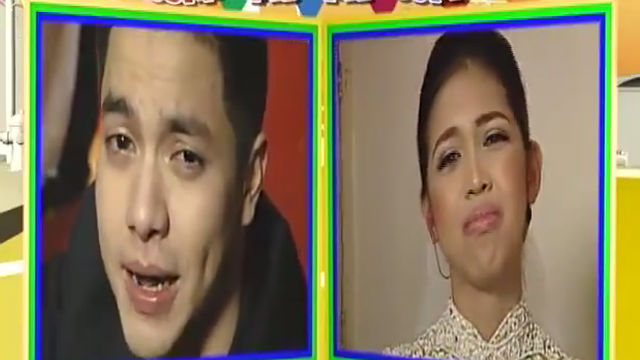 Sparks first flew between Alden and Yaya Dub July 16. Throughout the week, the two would steal glances at each other and give tiny waves hello, or as the show’s hosts called them, “pabebe wave,” a reference to another viral sensation, the Pabebe Girls. (READ: ‘Who are the Pabebe Girls?’)

However, Lola Nidora, for whom Yaya Dub works, was against the couple being together.

Sometime after Aldub’s first weeksary, Lola Nidora was about to reveal a big secret about Alden, which would explain why she didn’t want the couple to be together. The secret diary that contained the info though, was snatched by two men on a motorcycle before she could even open it.

A few days later, a man called Lola Nidora demanding a P50 million ransom for her secret diary. Because Alden was the source of all her problems, Lola said that Alden must pay the P50 million if he ever wanted to see Yaya Dub again – but Alden didn’t have that kind of money.

Yaya Dub tried to run away from Lola Nidora, but failed.

In episode 11 of the story, Alden’s aunt, played by veteran actress Celia Rodriguez, made an appearance and defended Alden from Lola Nidora. She also revealed more about Lola Nidora’s past, saying they grew up together.

Lola Nidora introduced Yaya Dub to one Frankie Arinoli (played by Jose Manalo, who also serves as narrator), imposing that they must get married. This sparked the tandem name #YaKie.

On the August 8 episode, Yaya Dub was supposed to marry Frankie, but while shooting, actress Maine fainted in the middle of the live show and was rushed to the hospital.

In the segment, Alden, who was rushing to the wedding to prevent it, reached the venue but was seized by Lola Nidora’s henchmen.

Will Alden and Yaya Dub see each other again? What happens now to Yaya Dub and Frankie after the failed wedding ceremony? Let us know your thoughts about the #AlDub tandem in the comments section. – Rappler.com