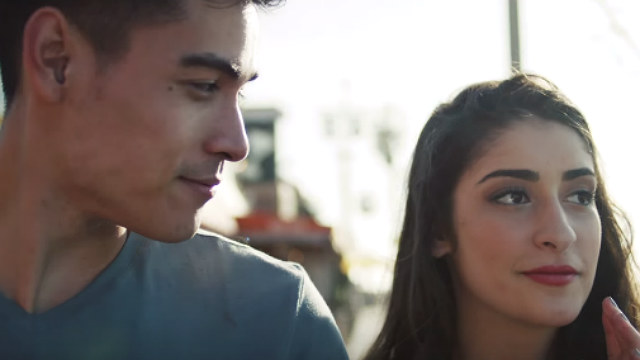 MANILA, Philippines – After voicing Paddington bear a few months back for the Philippine movie, Xian Lim has added another international project to his resume, appearing as singer Zāna’s love interest in her music video “Deeper.”

In an interview with Push, Xian talked about how he came to be part of the project.

“I didn’t get to audition, they were looking for talents and I guess they contacted Star Magic and they looked at my – tawagin na nating (let’s call it) – resume, so nakita nila ‘yung mga ginagawa ko (they saw what I’ve done) and I’m very interested and I agreed to the project,” Xian said.

Xian said that he had a show in the United States, which coincided with the music video’s shooting schedule.

On his experience, Xian had this to say:  “I didn’t know what to expect e, I’m used to our way of working ‘di ba parang pupunta tayo sa isang lugar tapos magshu-shoot tayo, parang dito kasi sa Pilipinas more of ano talaga, Filipino time tayo. (I’m used to our way of working, right, like if we go to a place and we shoot – here in the Philippines, we’re on Filipino time.)

“I mean when I got there it was very on time, pagka-land ko pa lang (when I landed), ‘O tara let’s go to the location’ so everything was basically laid out, wardrobe, it’s all the same, ‘yung system nila it’s the same with us at the same time nga I was a bit scared kasi I didn’t know what to expect kasi it was my first time shooting abroad,” he said.

According to her website, Zāna is an up-and-coming 20-year old singer/songwriter who is studying at the Berklee College of Music in Boston. Her music features a mix of Arabic and Latin influence. Some of the songs she covered on her YouTube account include “The Way I am,” by Ingrid Michaelson and “Syrup and Honey,” by Duffy.