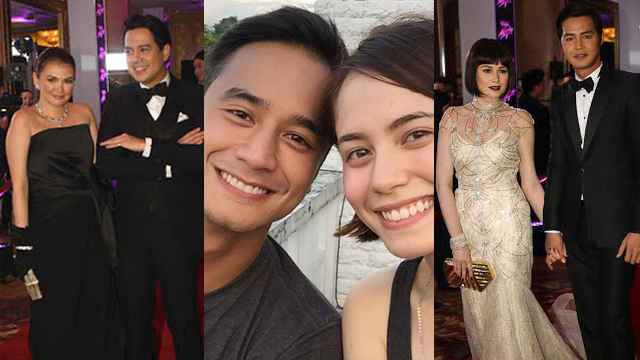 MANILA, Philippines – The 9th Star Magic Ball is just around the corner and it means we will soon get to the stars and the celebrity couples we love on the red carpet. (READ: Star Magic Ball 2014: 7 couples, loveteams we can’t wait to see)

While the fashion has often been the focus of the event, audiences look forward to seeing their favorite celebrity pairs or love teams. Here are some of the pairs we are looking forward to seeing in this year’s grand event. 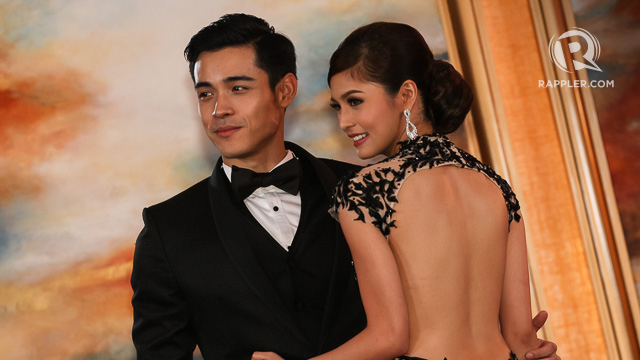 Kim and Xian are once again going together for the event. The two are one of the tandems to watch out for on the red carpet. This year, Xian will reportedly wear a suit by Francis Libiran, while Kim will wear a gown by Pepsi Herrera for the red carpet. She will also wear another dress by Edwin Tan for the program proper.

The two recently promoted their movie under Starflix called Must Date the Playboy, which can be watch on ABS-CBN mobile. 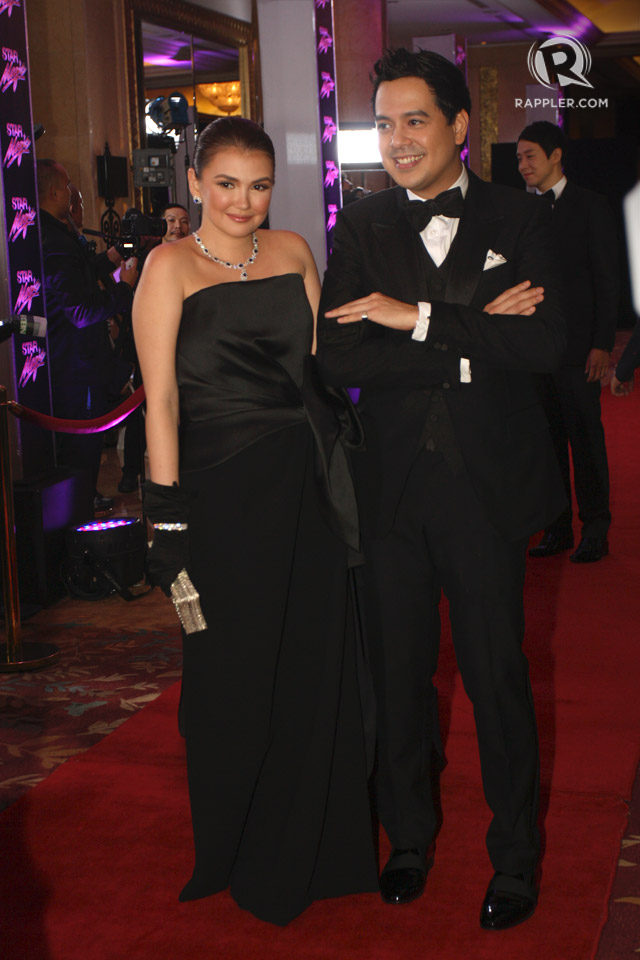 Angelica and John Lloyd won last year’s Couple of the Night award. Their relationship has been through a lot in the past months, with Angelica recently putting breakup rumors to rest, saying she and John Lloyd are still very much together. She even posted a photos of them together on Instagram.

Angelica is currrently part of Pangako Sa ‘Yo, while John Lloyd is finishing the One More Chance sequel with Bea Alonzo. 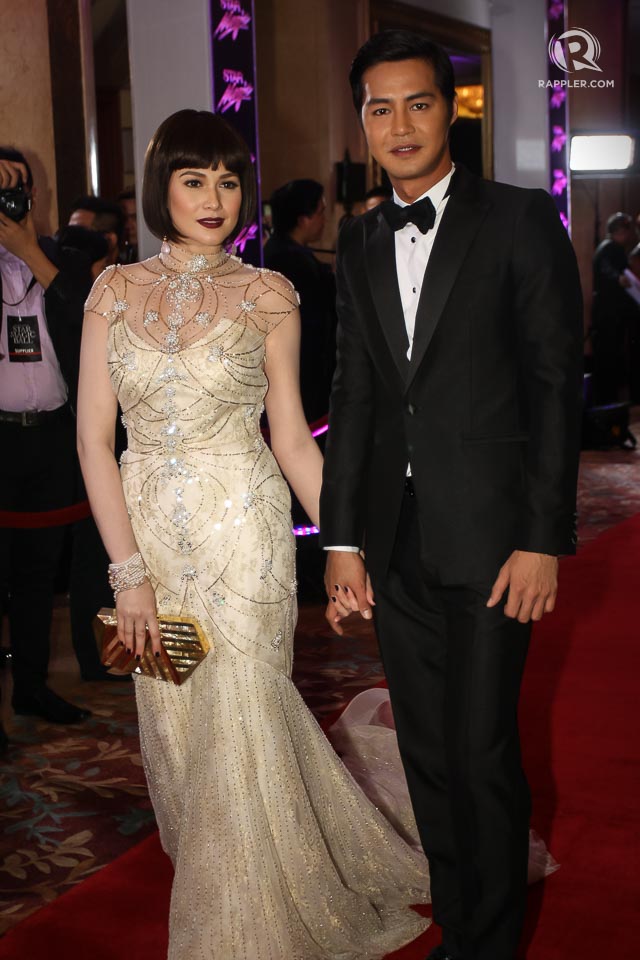 Another couple everyone will look out for: Bea Alonzo and Zanjoe Marudo. Last July, Bea took the opportunity to address rumors that she and Zanjoe were having problems in their relationship. She admitted they went through tough times together, but said that they did not break up. (READ: Bea Alonzo addresses Zanjoe Marudo breakup rumors)

Zanjoe also explained his side, saying that he and Bea are fine. 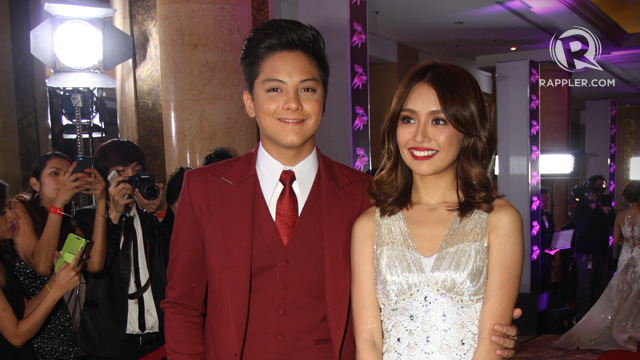 Kathryn and Daniel or KathNiel are expected to walk together at the annual event. The Pangako Sa’ Yo stars’ red carpet fashion has evolved over the past two balls. For this year, Kathryn is set to wear a gown by Michael Cinco, while Daniel will wear a suit by Joey Samson. 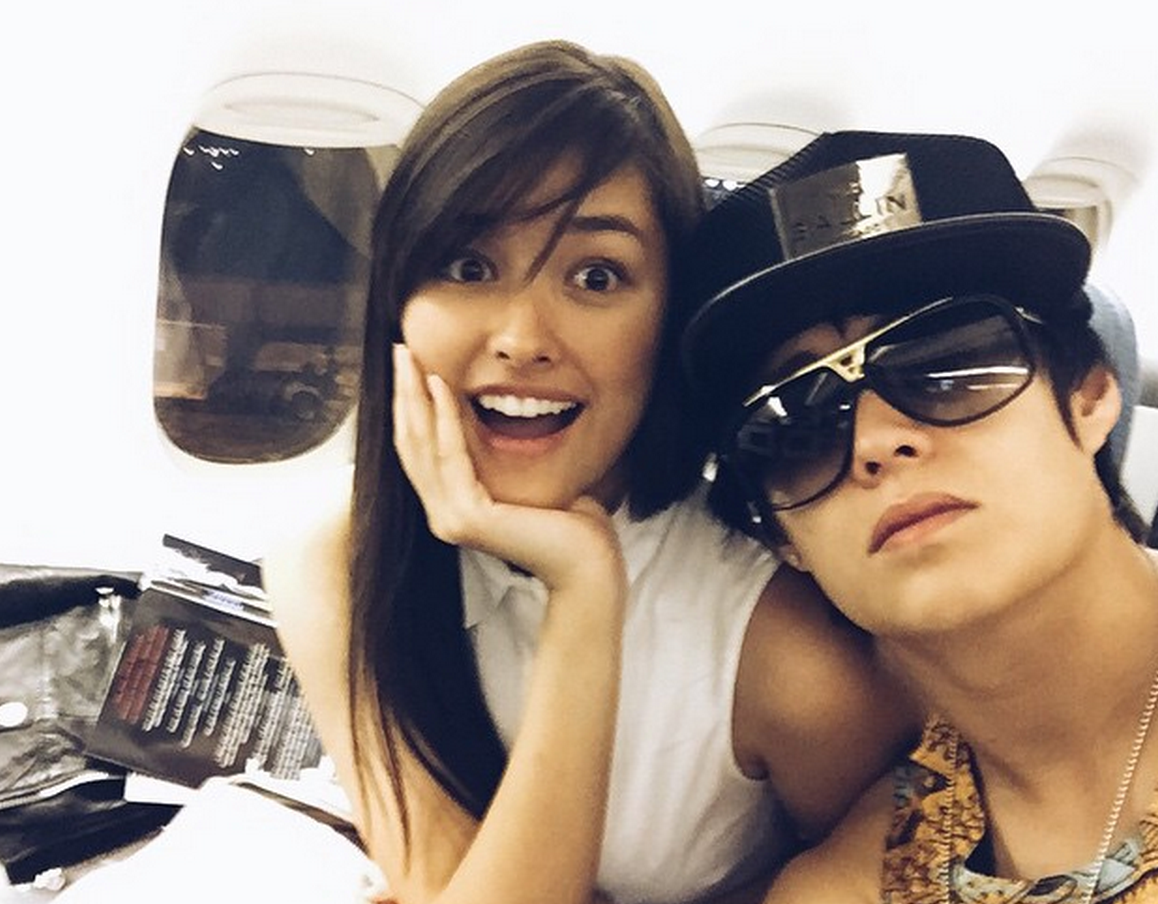 After their hit drama Forevermore was shown last year, there was no stopping the popularity of Liza Soberano and Enrique Gil, or LizQuen to their fans. Enrique has been vocal about his feelings towards Liza, saying he has already admitted his feelings for her. (READ: Enrique Gil on Liza Soberano, haters on social media)

The two recently starred in the movie Just The Way You Are and they are working on a new project. 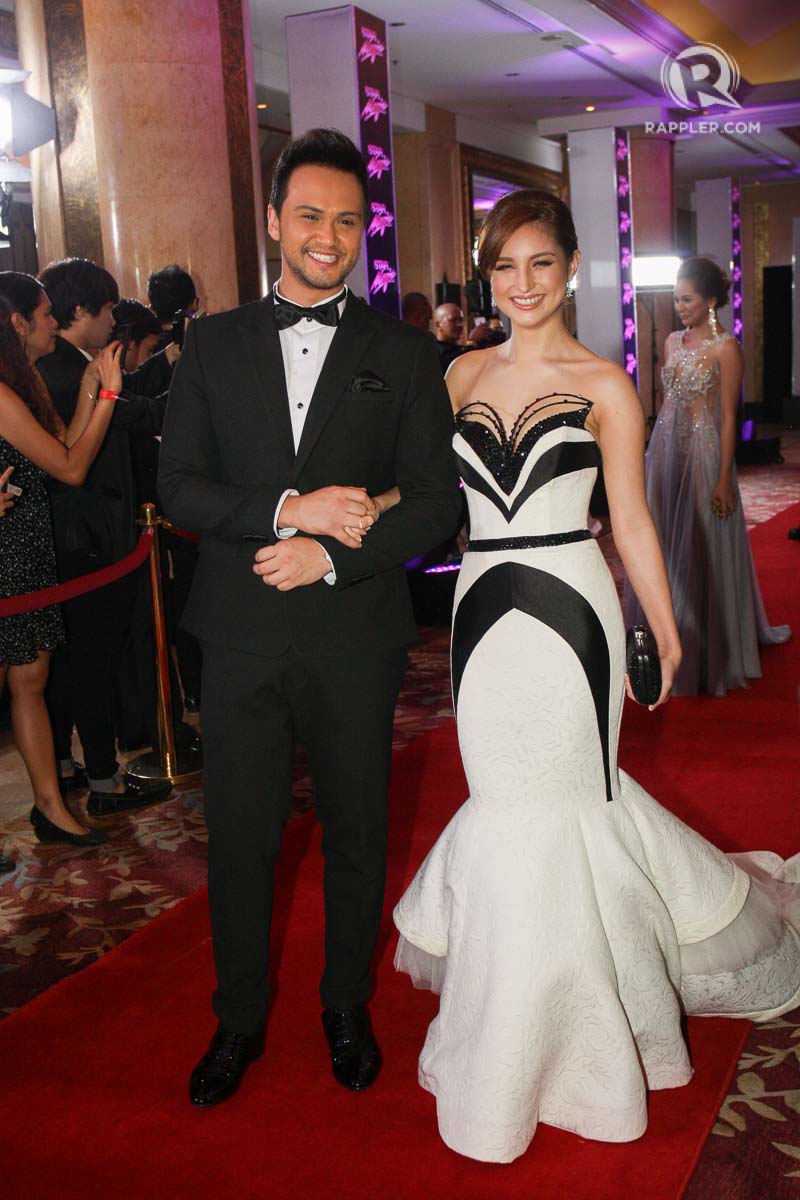 Coleen and Billy made their official debut at last year’s Star Magic. Billy confirmed that he and Coleen were together months before the event. Not everything has been smooth-sailing, with Billy’s arrest hours after ball – but the couple powered through and continue to support each other in various projects. (READ: A month after arrest, Billy Crawford says he’s learned to take things slow)

In an interview during the press conference for Pasion de Amor last May, Coleen said that despite the trials they’ve been through, she is grateful that Billy has been supportive of her career.

(I’m very thankful that he’s considerate enough to actually think that he does not want to add any more problems. He just tries to understand me on my own, especially when I’m having a hard time with certain aspects of my life – like when my schedule is full, and then I have scenes that are challenging and difficult.) 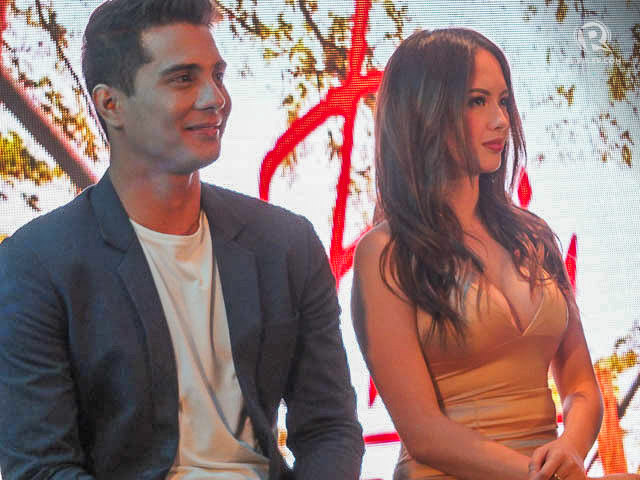 Known as team Ibon because of their family names, Ejay has asked Ellen to be his date for this year’s ball, according to ABS-CBN. In another interview with ABS-CBN, Ellen said that she is looking forward to attending the event.

“Meron na akong damit pero hindi ko pa na-fit,” Ellen said. “Wala akong idea [about what to expect] pero sabi niya (Ejay) party party lang daw. Wala akong ine-expect. Hindi ko alam talaga.” (I have a gown but I have not tried it on yet. I have no idea [what to expect] but he said it’s a party. I have no expectations. I really don’t know.)

It was reported that the two have been going out recently. Both are part of the ongoing teleserye Pasion de Amor. 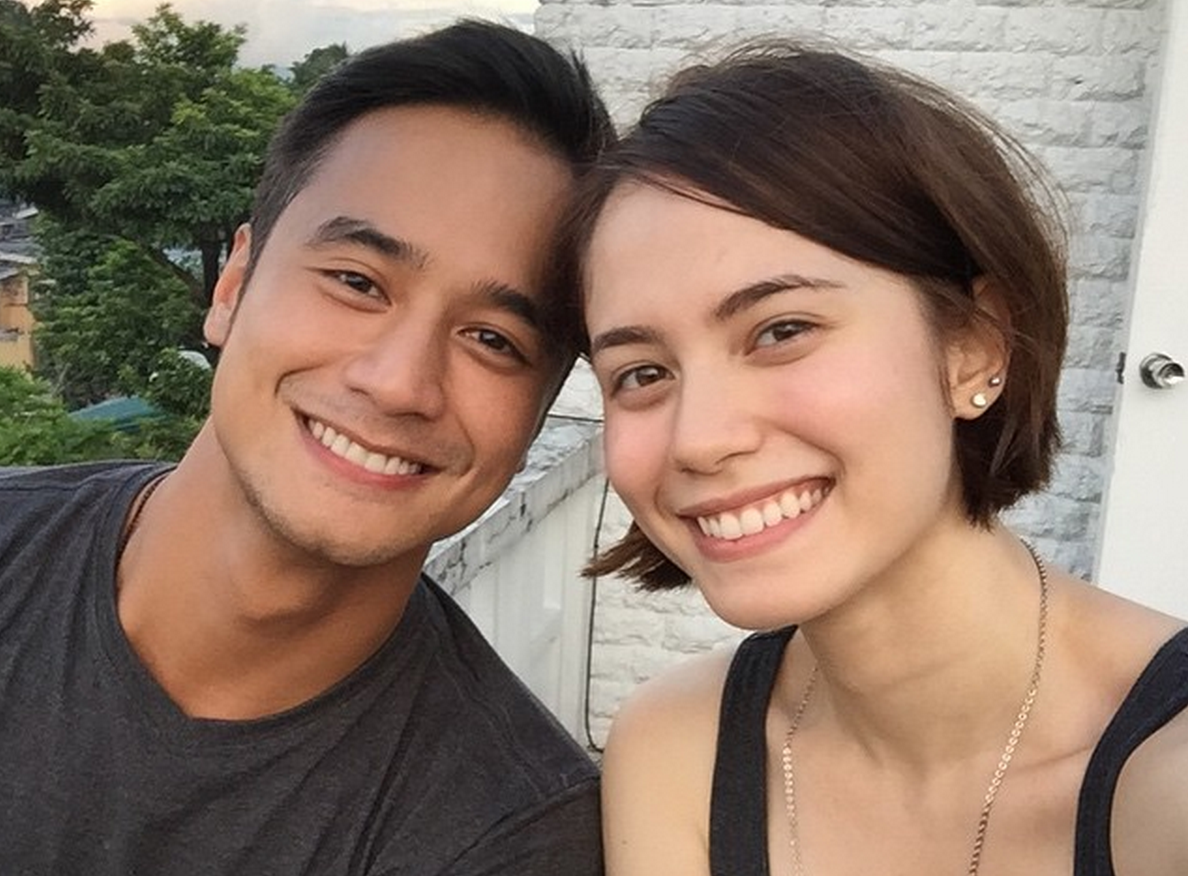 It was a second chance at love again for JM de Guzman and Jessy Mendiola. The two, who dated a few years ago confirmed that they were together again last April during an episode of Gandang Gabi Vice.

After admitting to his drug problem last year, JM once again was in the spotlight via the hit movie That Thing Called Tadhana opposite Angelica Panganiban. He is also part of the new show All of Me with Albert Martinez and Yen Santos.

Jessy recently starred with Xian Lim and Kim Chiu in Starflix’s movie Must Date the Playboy. 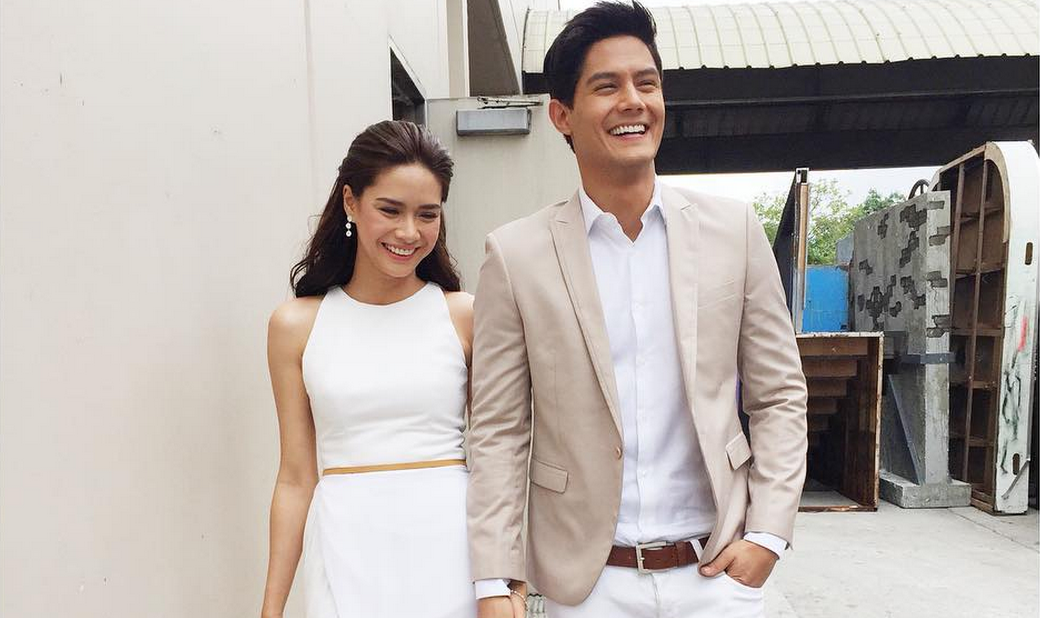 Lat year, Erich walked the red carpet solo, while Daniel, who won Pinoy Big Brother All In escorted his sister Vanessa. DanRich fans will definitely be looking forward to their red carpet walk in this year’s ball.

Last June, Daniel and Erich revealed how they became a couple. Although they met through Kris Aquino, it was only this year that Daniel decided to pursue Erich after she broke up with her non-showbiz boyfriend. Daniel said that he always believed that it was all about perfect timing.  (READ: Daniel Matsunaga confirms he and Erich Gonzales are dating)

“I always said in every interview na God really has his own timing. It’s not something that you have to rush. I never rushed any relationship. I always waited. I just trust, have faith. It really happens in the right time,” he said.

Are you excited for this year’s 9th Star Magic Ball? Who among this year’s  couples are you looking forward to seeing? Let us know in the comments section. – Rappler.com