A look at the new ‘Star Wars: The Force Awakens’ toys It’s been 10 years since the last Star Wars movie, so you can just imagine the hype surrounding The Force Awakens, scheduled for release on December 17. While most fans are content to count down to opening day, others were waiting for a different release date: #ForceFriday (last Friday, September 4.)

#ForceFriday is the latest product of the Star Wars marketing and merchandising machine, and it is brilliant. Worldwide, toy stores set up event areas with all the new toys hidden away under a big black curtain. This “toy box” was sealed and under heavy guard, with strict instructions not to be “unboxed” until midnight, local time. #ForceFriday events were held all over the world, kicking off in Sydney, Australia, with live streaming from London and the grand finale at Lucasfilm headquarters in San Francisco.

Not to be outdone, Manila was also host to a #ForceFriday event at the SM Mall of Asia. With a New Year’s eve-style countdown to midnight, the stormtroopers of the Philippine Garrison of the 501st Legion made an appearance and pulled off the curtain to unveil the toys at the stroke of midnight.

So what’s in the box? Here are some interesting finds.

The droids are among the most popular characters of the Star Wars saga. In particular, BB-8 has been making waves for his unique design and utter adorable-ness. As soon as he made his first appearance in the first teaser, memes and fan art took over the Internet. It was inevitable that there would be BB-8 toys.

Sphero’s BB-8 is the one most fans are excited about. Sphero is a robotic ball that can be programmed by an app on your phone. It’s also a great educational tool. Using the Sphero BB-8, you can record a video and play it like R2-D2’s Princess Leia’s message for Obi-Wan Kenobi. It’s not on the shelves yet, but you can pre-order, with delivery estimated for November. But be prepared to drop some serious cash, because the Sphero BB-8 costs P12,499.75. If you’re hell-bent on BB-8, consider the remote-controlled one. The Hasbro Remote Control BB-8 performs simple movements and measures about one-fourth of the droid’s actual size. It comes with a battery-controlled remote, and costs P4,399.75. New characters abound in the upcoming movie, and X-wing fanatics are excited about pilot Poe Dameron. Hasbro’s Star Wars: The Black Series has Poe in his pilot gear for P1,499.75. 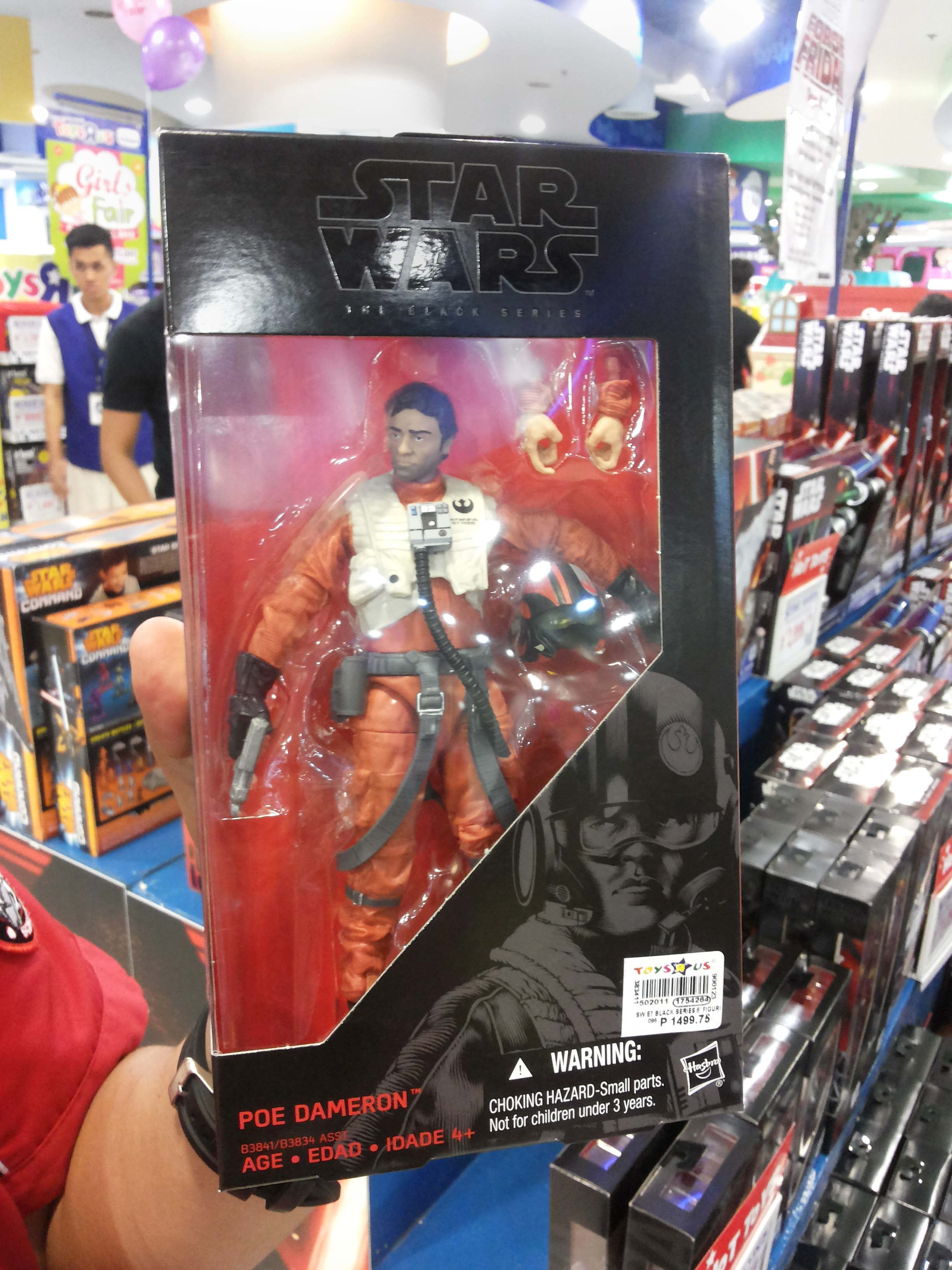 You can also find him in the Armor-Up line, in a jacket, with a blaster and chest armor, for P799.75. This is a pretty diverse line, even featuring lesser known characters sold individually for P799.75, like the bounty hunter Bossk, Jedi Kit Fisto, and Kanan Jarrus from Star Wars Rebels. Some collectors specialize in 3.75-inch figures, which sell for P599.75. Expect a figure for pretty much every character in the movie, even those who are only on-screen for 5 seconds! If you like building dioramas, you can pick up several Resistance Troopers, and Captain Phasma to lead the stormtroopers against them. If you prefer vehicles though, the Black Series has the Titanium Series, for P429.75 each. For P1499.75, you can get a set that includes the Millennium Falcon, Poe Dameron and Biggs Darklighter’s X-Wing fighters, and a TIE fighter. There’s also the Micromachines series, for only P159.75 each. Lightsabers are a quintessential part of the Star Wars universe, and #ForceFriday delivered with the new Bladebuilders line. The P2,999.75 Jedi Master Lightsaber set comes with three blades, a hilt and several connectors so Padawans and Apprentices can design their own lightsabers. Or you can get a Nerf Bladebuilders Luke Skywalker lightsaber for P1,249.75.

But the Force user fans are most excited about is the mysterious Kylo Ren and his unusual lightsaber. The Bladebuilders Kylo Ren lightsaber with retractable blades sells at P999.75, while the electronic lightsaber costs P1,999.75. It’s still uncertain if Rey is indeed a Force user, but that seems to be what Luke is suggesting in the movie trailer. Her speeder – which fans have said looks like an ice cream bar – sells for P1,999.75, with a Rey (Jakku) 3.75-inch figure. There’s a Titanium Series version, too! Can’t find the character, vehicle or droid you’re looking for? If it wasn’t released during the big #ForceFriday event, then it might be announced in an upcoming wave of toys. You can be sure more toys – and events – will be announced before The Force Awakens opens in December. – Rappler.com