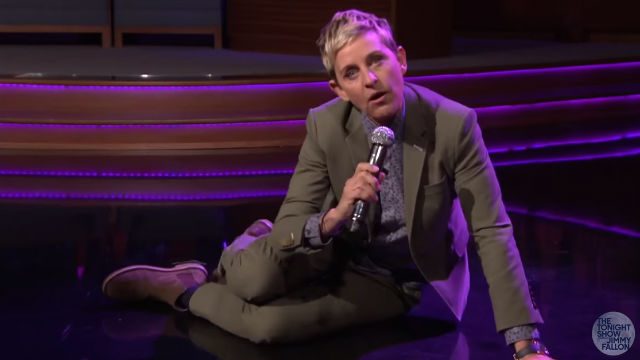 MANILA, Philippines – We’ve seen our fair share of celebrities battling it out on Jimmy Fallon’s “Lip Sync Battle” segment, but this one – where Jimmy went against fellow comedian Ellen Degeneres while Justin Timberlake stood as judge – might just take the cake.

The battle’s rules are simple: The participants get to lip sync two songs each, but their opponents don’t know what the other is going to sing next.

The battle started out slow with Jimmy singing The Killers’ “Mr Brightside” and Ellen going for Diana Ross’ “Do You Know Where You’re Going To.”

It picked up speed though, when Jimmy performed – with all the right dance moves – what he called “a pop culture phenomenon:” “Watch Me (Whip/Nae Nae)” by Silento.

Ellen followed it up with “Bitch Better Have My Money” before Justin declared a winner.

So who won? Watch the video above to find out!

Jimmy battled with Ellen in the September 9 episode of his Tonight Show Starring Jimmy Fallon. The segment has since turned into its own show called Lip Sync Battle, where celebrities battle it out onstage.

Tell us who you think should have won in the comments below. – Rappler.com