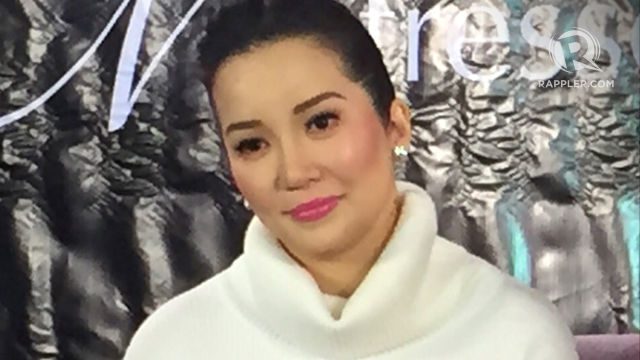 MANILA, Philippines – Kris Aquino said on September 16 that she is leaving Aquino & Abunda Tonight, the entertainment news show that she co-hosts with Boy Abunda.

The announcement was made at the press conference for her new movie, Etiquette for Mistresses.

“Babalik po ako sa (I’m going back to) Aquino & Abunda on Monday for my final week, she said. “Because alam niyo the health issues I went through, I cannot shoot a movie and do two daily shows.”

Kris was recently hospitalized due to a severe vascular headache and high blood pressure. Kris’s doctors said that her blood pressure could have caused a stroke.

Kris added that the show will continue with co-host Boy Abunda as the sole host. “Rightfully, the show should be Boy Abunda Tonight kasi 3 months na halos na siya mag-isa (he’s been by himself for about 3 months). And I’m so happy for him and I’m just also happy that next week, I’m being given the chance to close it properly. And congratulations to Boy!” she said.

Aquino & Abunda Tonight features entertainment news, among a variety of topics, and airs on ABS-CBN on weeknights. It began airing in February 2014. – Rappler.com