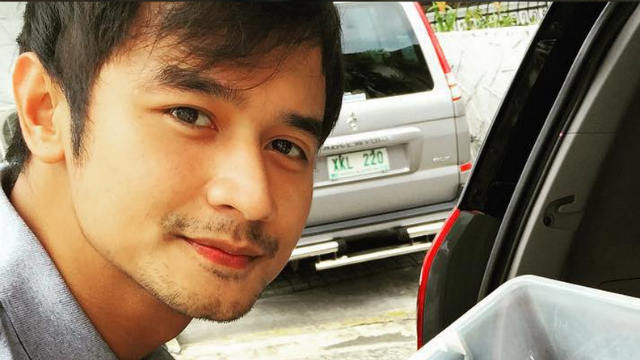 JM posted on Instagram a short message challenging Enrique to a mixed martial arts fight, and deleted it later – but not before it made waves online. (READ: Enrique Gil apologizes for London flight incident: ‘Tao lang, nagkakamali’)

“With all due respect to Enrique Gil’s friends, fans and family. I would like to challenge to a one-on-one amateur mixed martial arts match any place any time,” JM wrote.

“I’ll give you time to prepare. Man up. Face me. (reply to my text messages please.) thanks brother. @enriquegil17.” 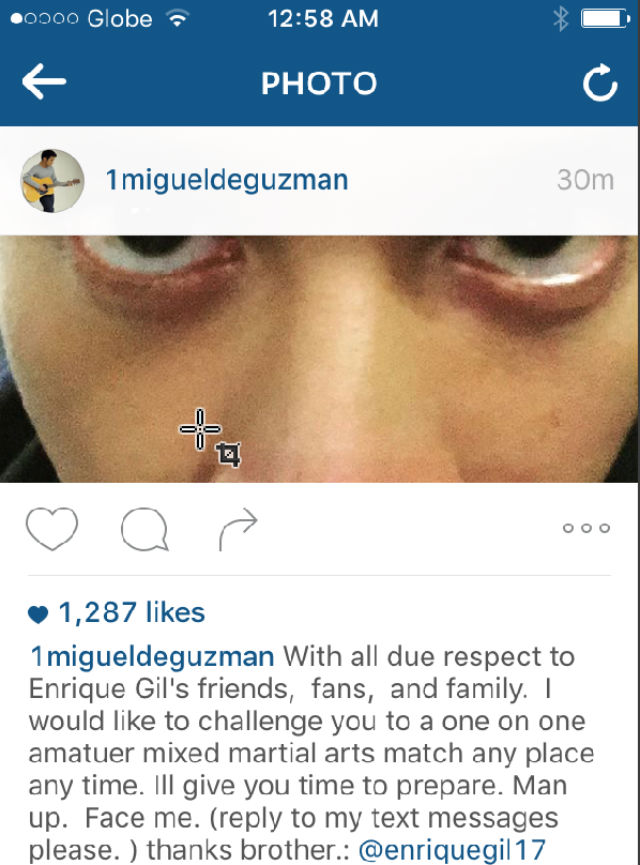 JM issued the challenge a week after Enrique apologized to JM’s girlfriend Jessy Mendiola for disrespecting her during a flight to London after Enrique had too many drinks. This caused a commotion in the flight and led Luis Manzano to step in. (READ: Jake Cuenca mum on Enrique Gil’s rumored bad behavior on London flight)

JM already deleted the message but one of those who tried to calm him down was actor Jake Cuenca. Jake was part of the group on the flight with Enrique and Jessy.

Last week, Jessy mom Didith Garvida spoke up on her daughter’s situation, saying she was hurting over the criticism against her. Jessy and JM were supposed to attend the Star Magic Ball but did not show up. Jessy has not spoken directly about the incident. – Rappler.com