Susan Roces shares how FPJ and Coco Martin are similar MANILA, Philippines – In 1997, the late Fernando Poe Jr starred in Ang Probinsyano, a movie about policeman Ador and his twin brother Cardo.

Today,16 years later, a TV adaptation of the movie is airing soon, with Coco Martin as the lead, and a new character played by FPJ’s wife Susan Roces. Maja Salvador joins the cast as well as Cardo’s love interest, Glenn. (READ: Coco Martin: I’m going to be careful about endorsing anybody in 2016)

At the press conference for the show on September 21, Susan talked about working with Coco and how much he reminds her of her late husband. The two worked together on the show Walang Hanggan too, before Ang Probinsyano. (READ: Coco Martin, Angel Locsin on PNP SAF ‘MMK’ tribute episode)

(What I can say is, there are some things that are similar in the behavior of FPJ and Coco, especially when it comes to work. Like what was mentioned before, my working relationship wih Coco is the same as during my time with FPJ.) Earlier at the conference, Susan had nothing but praise for the young actor, saying that he wasn’t only talented, but also a very humble and considerate person. “Bilang fellow actor, ang masasabi ko, napakahumble ni Coco sa stature niya bilang Teleserye King at popular na aktor sa pelikula.” (As a fellow actor, I can say that Coco is very humble in his strature as the Teleserye King and popular actor in movies.)

Coco is known for his work in independent movies like Kinatay and TV series like Minsan Lang Kita Iibigin. Coco had to go through a lot of rejection and challenges though, before he made a name for himself in the industry. (READ: Coco Martin: They said I couldn’t act)

He also usually stars in dramatic roles, but for Ang Probinsyano, Coco did most of his own stunts, including jumping off a bridge and into the river below.

“Makatotohanan, palagi na kadalasan ninenerbyos ako kapag ginagawa niya yun dahil pwede namang hindi, kasi off-cam naman yun (Honestly, I always get nervous whenever he does those stunts because he doesn’t have to, those can be done off-cam),” said Susan, who according to Coco, is like the cast’s mom. 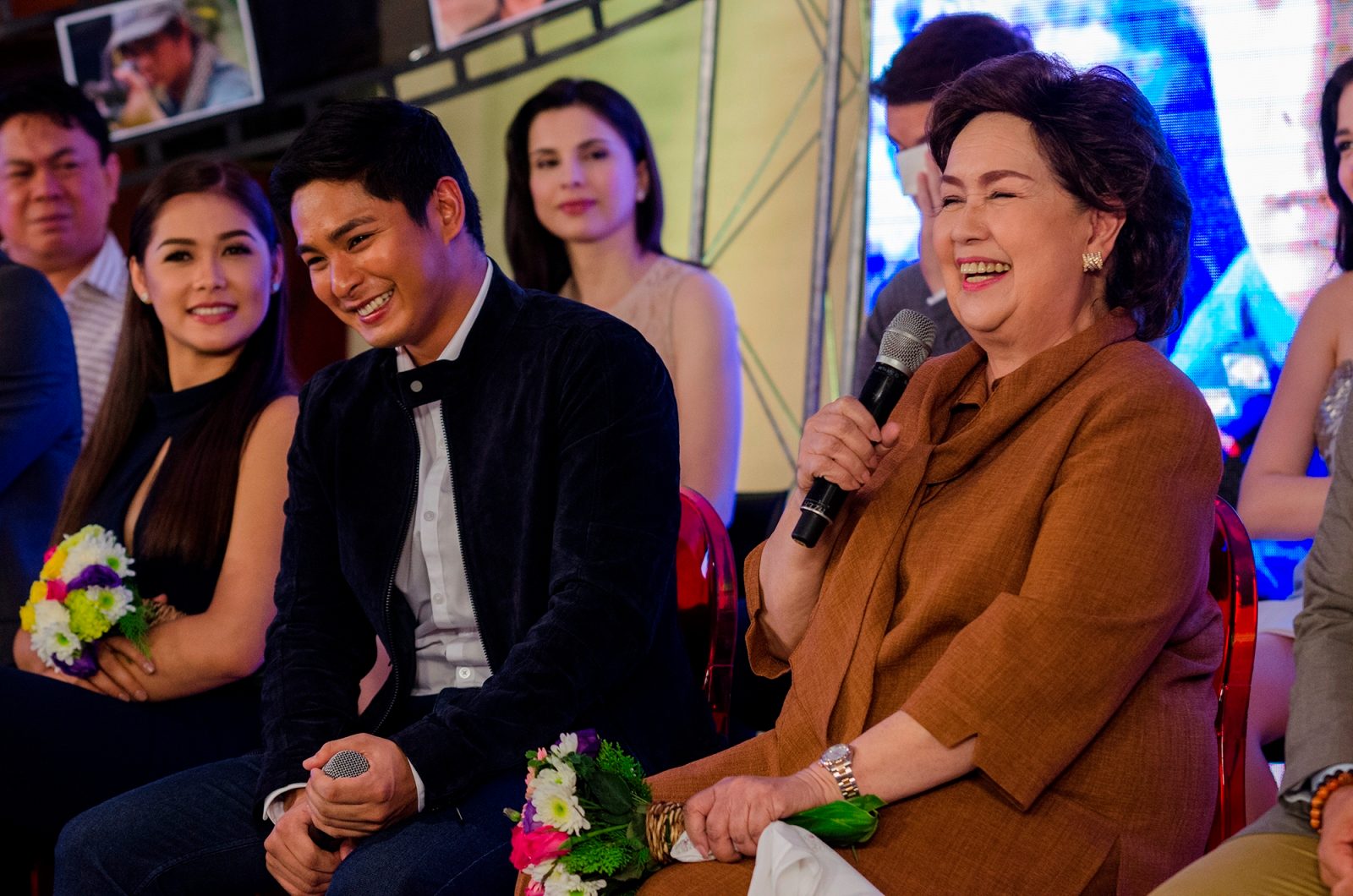 (Like I said, the one thing Tita Susan has that can’t be matched, is her wisdon as a person. When she speaks, it’s like no matter how heavy your problem is, you’ll find clarity.)

She added that only Coco is allowed to call her “Lola (grandma),” his term of endearment for her.

At the end of the conference, Susan thanked Coco during the press conference for coming up with the idea of making Ang Probinsyano into a TV show. Coco used to watch the late actor’s movies when he was younger, with his grandmother.

(I’m very, very proud to be a part of this cast, I’m happy with the role I have. It’s not that big, I’m not the star, I’m not the leading lady of Coco, but I embrace him often.) 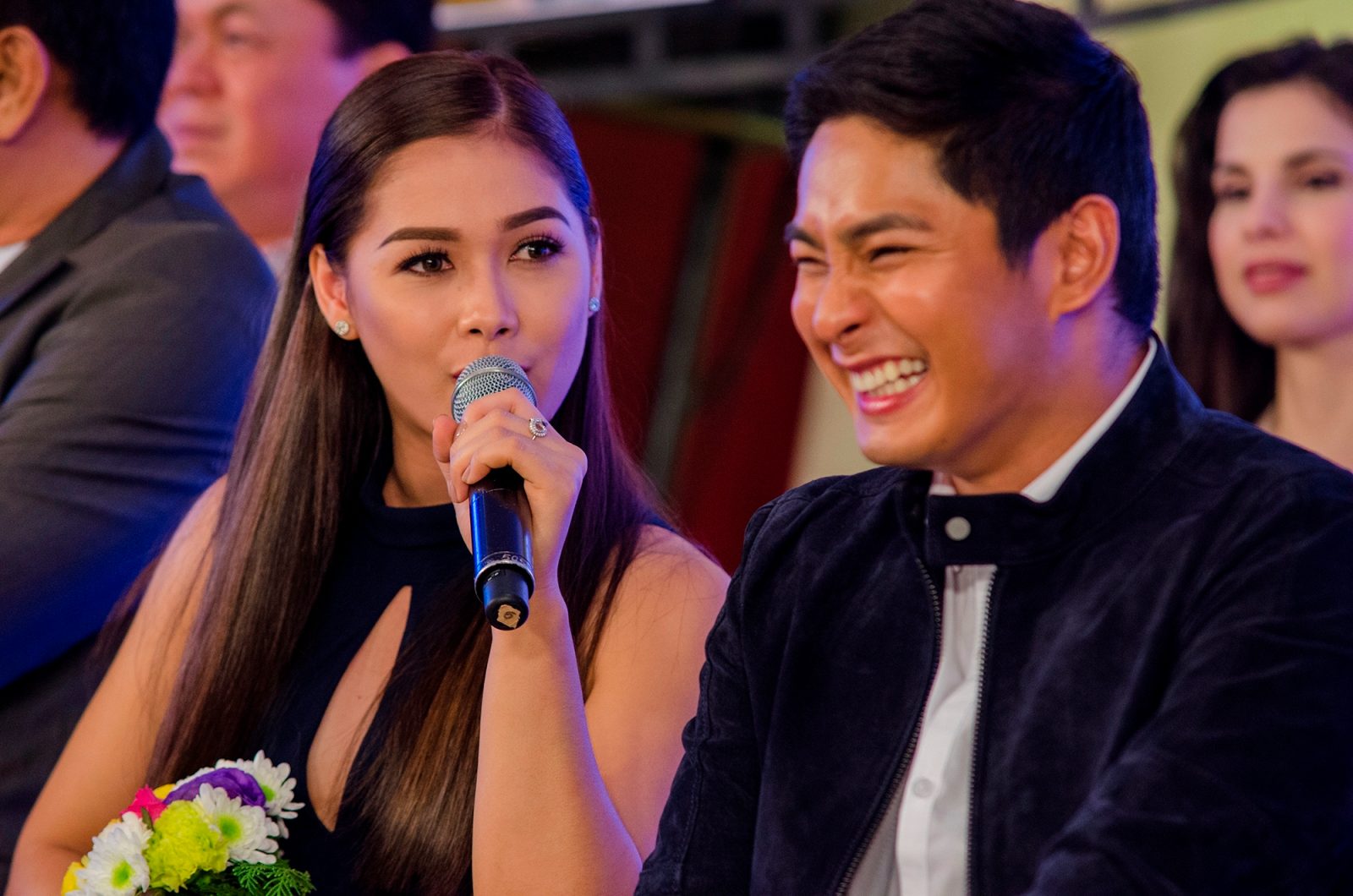 Fans of the CocoJam tandem will be happy to know that Ang Probinsyano will bring Coco Martin and Maja Salvador back, in their first TV series together in 4 years.

Their last project together was Minsan Lang Kita Iibigin in 2011.

(It’s like I saw a new Coco because if his passion was great in Nagsimula sa Puso and Minsan Lang Kita Iibigin, where we were taping Probinsyano, it was different, he gave something different. Director [Malu Sevilla] said he gave a hundred percent, director, I think that isn’t enough, I think he really gave 1000.)

Maja added that Coco was concerned about how her character was presented in the show, and how they could present their tandem in a fresh way in Ang Probinsyano.

(I guess that’s what I miss about Coco the most, that each scene that we do isn’t just simple. If there’s a way to make it more beautiful, grander, broader, he’ll do it to make the show better.)

With the Coco and Maja together again after so long, reporters asked if the other tandems the two are part of might be affected by their reunion.

(What we show, what we do, those things are to make the viewers happy. But when it comes to our personal lives, we have our own personal lives that we don’t interfere with.) (We’re lucky that CocoJam [fans] waited so long. We’re lucky that the CocoJam fans didn’t let go in the 4 years that they waited and requested for even just a picture of the two of us together.)

(Coco and I are lucky because we have fans, supporters, who have a greater understanding and love us so much that even though we’re paired with other people, they still support us. And the support that they give is double, triple, now that we’re together again, so I’m so proud of CocoJam, of the CocoJam fans, because their love is complete, it’s different.)

Ang Probinsyano will air its first episode on September 28. – Rappler.com